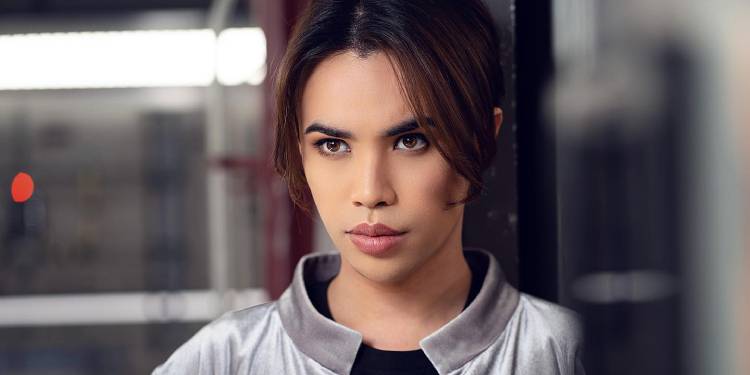 JayR Tinaco is a famous Australian actor. People recognize him for portraying the role of Zayn Petrossian. He played this role in the American science-fiction, drama Netflix series, ‘Another Life.’ Please stick with us to know more about the actor and his biography.

JayR Tinaco was born on 4 January 1989, and his birthplace was Manila, Philippines. However, he spent most of his childhood and grew up in Queensland, Australia. He has not shared much information about the identity details of his parents. While there are rumors about him growing up with his siblings, he has not publicly talked about his siblings. Besides this, he is currently 32 years old with the zodiac sign of Capricorn.

Growing up, JayR Tinaco is a gender-nonconforming person. While he likes to use he/him and they/them pronouns, we have written this article with he/him for consistency. In addition to this, he actively participates in raising awareness and supporting the LGBTQ+ community. He is also open about his sexuality and talks about him being non-binary. However, he argues that he is not transgender.

Talking about his education, he has not shared the details about his educational background and qualifications at the moment. But we do know that he struggled with money, so he was working as a bartender. After making some money, he decided to pursue a career in acting.

He also joined the Professional Actor Masterclass of the Australian Institute of Performing Arts to develop his acting skills. Besides this, he is an Australian by nationality, and he belongs to mixed ethnicity of Filipino and Australian ancestry. In addition, he is a Christian and practices Christianity as his religion.

JayR Tinaco stands at the height of 5 feet and 7 inches (1.70m/170cm) tall, and he weighs around 69kg (154lbs). In addition to this, he has a well-maintained body figure with a body measurement of 38-30-36 inches, respectively. Furthermore, he has a charming look on his face with short dark brown colored hair complimenting his brown eyes.

Tinaco’s professional career began in the year 2009. He played a minor role of a trapped student for two episodes of the romantic drama television series ‘Home and Away.’ During the initial days of his career, his agents asked him to be more “straight” while acting. According to his interview with Variety, he took this advice seriously. Hence, he began auditioning for only gay or non-binary characters as this helps him bring out the most in character.

Since his professional debut in 2009, JayR Tinaco has played many minor and side roles in series and movies like ‘Rake’ (2016) and ‘Always Be My Maybe’ (2019). However, the breakthrough moment of his career came in the year 2019, when he grabbed the role of Zayn Petrossian. He played this role for a total of 20 episodes of the Netflix series ‘Another Life.’

JayR is stealing the spotlight and rising to fame at the moment. But despite being a rising star, very little information is available about the personal side of his life. According to online sources, he is most probably single and not in a romantic relationship with anyone. Furthermore, he has also not revealed the details about his past hookups and relationships. Besides this, he has not married anyone, nor does he have any children at the moment.

Net Worth of JayR Tinaco

JayR Tinaco earns from his professional career as an actor. He has not played a lot of movies but is stealing the spotlight as one of the rising stars in the movie industry. As of the year 2021, his net worth is estimated to be around $500,000.