Jesse Eisenberg is an actor and playwright from the United States who established himself as a successful actor in the film industry and we will be seeing more of his works in coming years.

Eisenberg was born on 5th October of 1983 in the borough of New York named Queens of United States. His full name is Jesse Adam Eisenberg and is the son of Amy and Barry Eisenberg. His father was a taxi driver but later he became a professor in college while his mother teaches about cultural awareness in the hospital. Eisenberg grew up with his 2 sisters namely Hallie and Kerri Eisenberg in a Jewish family. 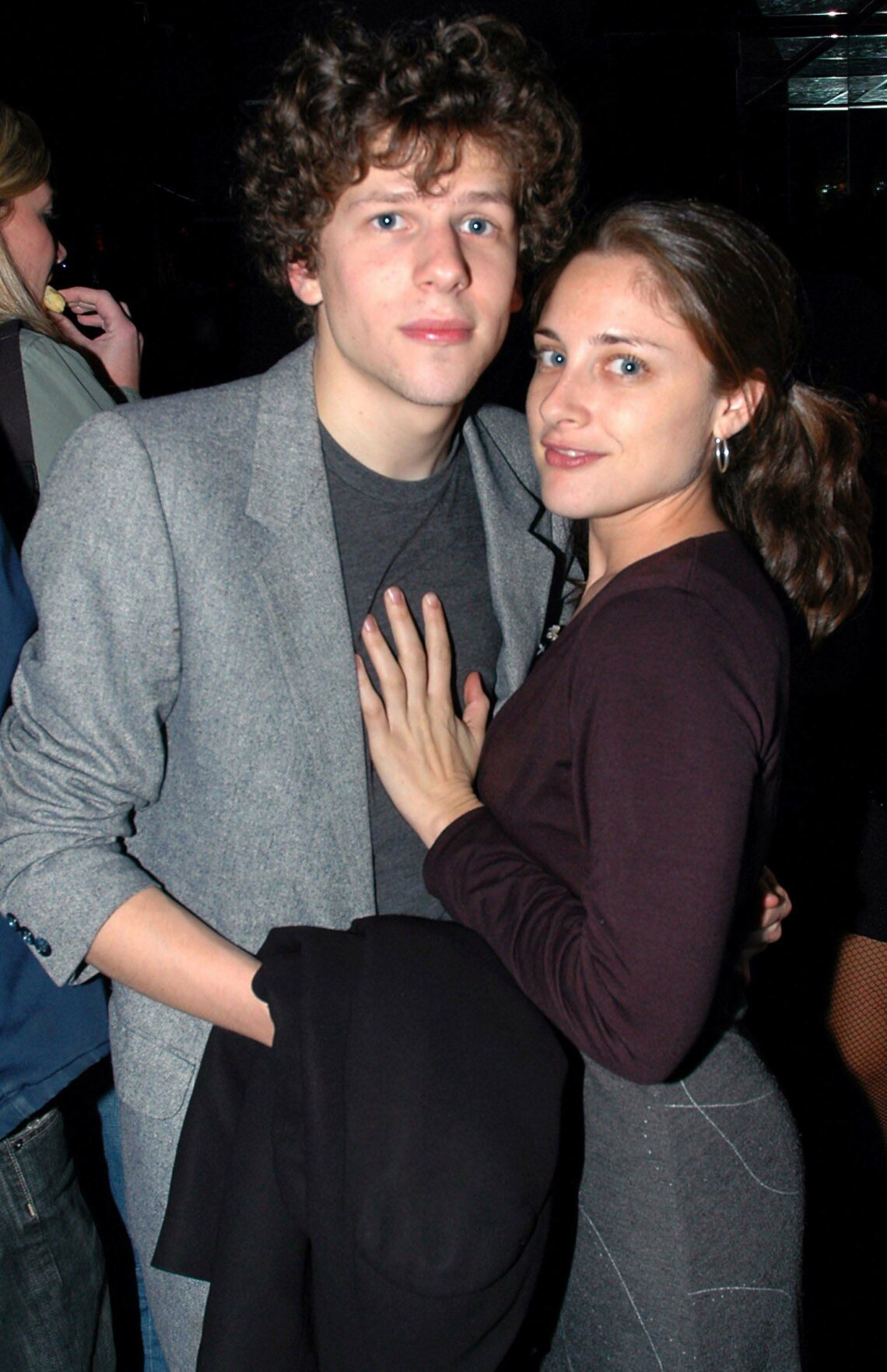 Jesse Eisenberg turned 37 years old as of 2020 and he is 5 feet and 7 inches tall. He weighs about 72 kg. He has dark brown hair and blue eyes. His fast-talk and curly hair are some of his distinctive features.

He possesses an athletic body build and we believe he has his own personal diet and workout plans to keep his body fit and healthy. He once decided to follow a veg diet but later he turned non-veg.

Jesse Eisenberg belongs to white ethnicity and his nationality is American. His sexual orientation is straight and he has Libra as his birth sign.

Eisenberg finished his schooling hopping to 4 different schools and finally graduated from East Brunswick High School. He attended The New School where he graduated with a Bachelor’s degree in liberal arts. He showed his talent as a play writer when he was 16 years old. He also sold several plays he wrote during his early days.

Jesse Eisenberg made his career debut in acting in 1999 playing a major role in an American comedy-drama series called Get real as Kenny Green. Since then, he has played small roles in tv series like Saturday Night Live, The Newsroom, Modern Family, and others. 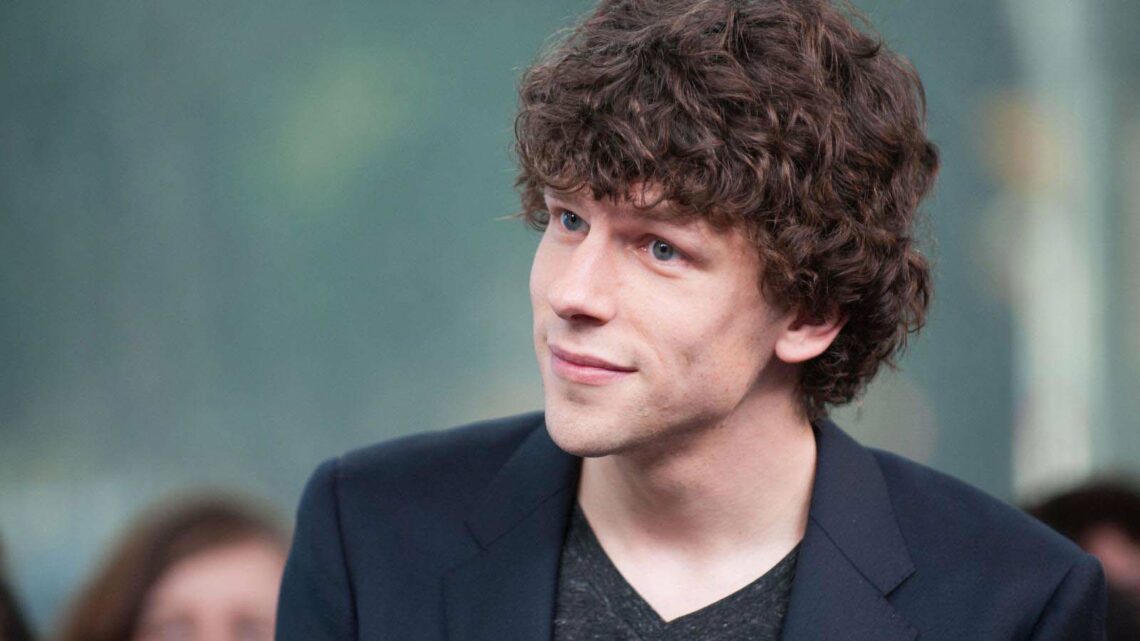 Eisenberg made his film debut in 2002 with the American comedy-drama film Roger Dodger starring Nick. He earned his first San Diego Film Festival Award that year. The same year, he also played a small role in the film, The Emperor’s Club as Louis Masoudi. He then played a small role in the film The Village and went on to play starring roles in the films like Cursed, The Education of Charlie Banks, The Living Wake, One Day Like Rain, Adventureland and finally making his breakthrough in 2009 from the American post-apocalyptic zombie comedy film Zombieland. In the film, he starred as Columbus alongside co-stars Woody Harrelson, Emma Stone, and Abigail Breslin, Bill Murray, Amber Heard,

Following a year in 2010, he made his career breakthrough from the American biographical film The Social Network starring Mark Zuckerberg. The movie stars Jesse Eisenberg, Andrew Garfield, Justin Timberlake, Armie Hammer, Max Minghella, Brenda Song, Rooney Mara. He received 83rd Academy Awards nomination including Golden Globe and Screen Actors Guild Awards nomination for his performance in the film. He further received the Nation Society of Film Critics Award, Toronto Film Critics Association Award, and few other awards. since then, he has starred in several films like Now You See Me 1 & 2, The End of the Tour, The Hummingbird Project, Zombieland: Double Tap and so on.

As of 2020, he is currently working in the new film Dual and the tv series, The Market.

Jesse Eisenberg has also appeared in many plays and has mostly done playwriting. Some of his works are Asuncion, The Revisionist, The Spoils, A Little Part of All of Us, and so on. he has appeared in all of the plays he has written himself and has also made his appearances in other plays like Summer and Smoke, The Gathering, Scarcity, Oh, Hello and so on.

Talking about the love life of Jesse Eisenberg, he is currently in a relationship with Anna Strout. He first started dating her in 2002 putting their 10 years long relationship to an end in 2012. After a year. He started dating actress Mia Wasikowska and after 3 years of relationship, they broke up in 2015. Eisenberg went back to dating Anna Strout in 2015 and since then, they haven’t shown any sign of splitting. Hopefully, we will be able to hear good news from them in the coming future. 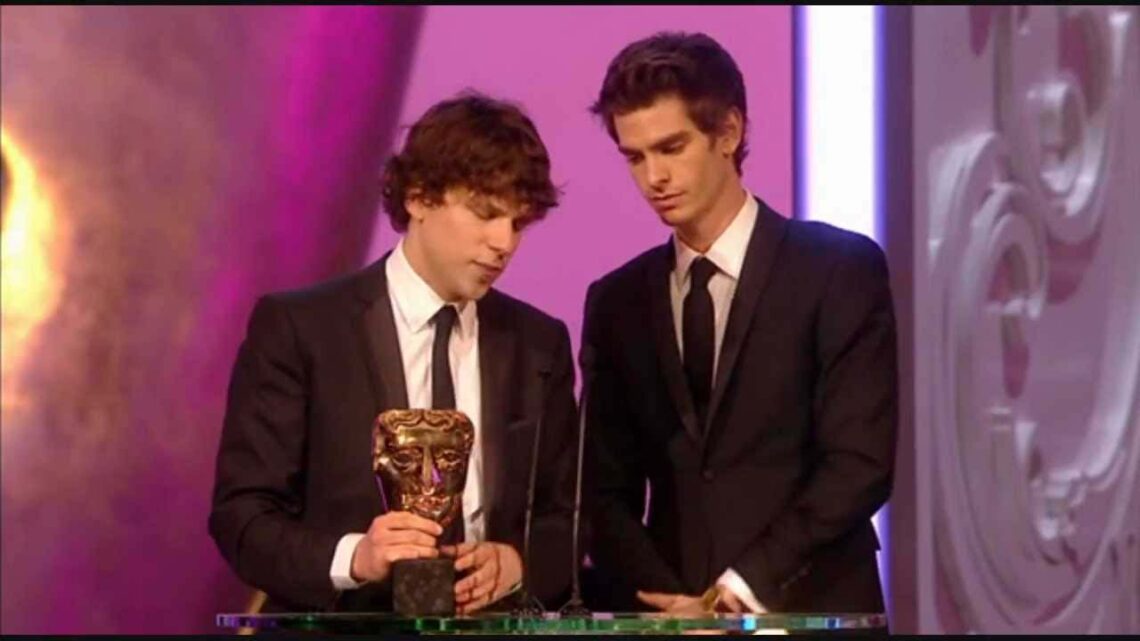 What is Jesse’s Net worth?

As of 2020, Jesse Eisenberg’s net worth is estimated to be around US $10 million. He earns his millions mostly through his acting career and he has also directed and produced several films as well as he has also written many plays.

He has also appeared in some commercials for Turkish Airlines, “What’s the worst that could happen?” of Dr. Pepper and for Rio 2, for its Digital HD TV commercial. Eisenberg will be earning more millions in the coming years as he has established himself as a successful actor in the film industry.

Jesse Eisenberg loves to watch basketball and also learned to play basketball once at Indiana University. He is a big fan of the Indiana Pacers and was spotted once with his girlfriend to watch the game. He is also a fan of Indy Thunder which is a beep baseball team.