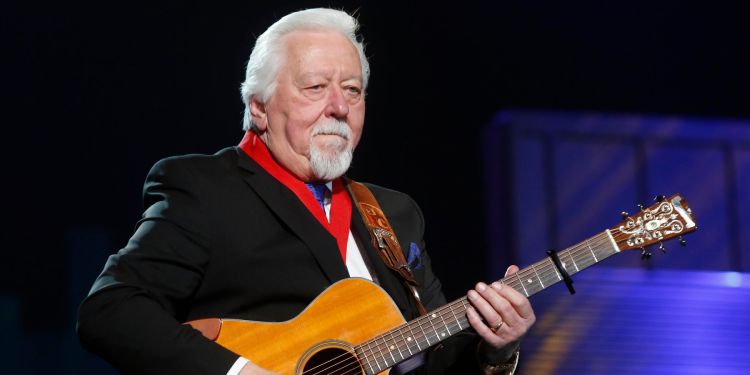 Jimmy Capps is an American musician and guitarist. He is well-known in the media for being one of the most significant contributors to country music. He has also been a part of the American country music stage concert, the Grand Ole Opry for over fifty years. Moreover, he has also been a member of the Nashville A-Team, a group of Nashville-based musicians. Sadly, he is no longer with this world as he has already passed away. Please stick with us to know more about the musician’s life, music, and demise.

Jimmy Capps was born on 25 May 1939 in Fayetteville, North Carolina, the United States of America. His mother’s name was Alice Stevens, and his father’s name was Tommie Capps. His mother worked as a housemaker, and his father worked as a truck driver. Talking about his siblings, he was the youngest among his two brothers. His brother’s names are Thomas Harold Capps and Fred Carlton Capps.

Sadly, Jimmy’s brother Fred passed away even before he was born. He passed away in the year 1924. According to Jimmy, his interest in music began developing when his parents gifted him a Stella guitar. At the time, he was 12 years old. Besides this, he passed away at the age of 81 years old, and his zodiac sign was Gemini.

Jimmy Capps held an American nationality, and he belonged to the white ethnicity. However, he never mentioned the details concerning his ancestry. Talking about his religion, he was born in a Christian family. So, it is possible that he too practiced Christianity as his religion.

Jimmy Capps stood at the height of 5 feet and 10 inches (1.77m/177cm) tall, and he weighed around 85kg (187lbs). Unfortunately, he never publicly mentioned his exact body measurements to the public. However, looking at his old photographs, we can tell that he had an average body figure. In addition to this, his eyes were blue, and his hair color was white.

Jimmy began his musical journey when he was 12 years old. He used to play in a lot of bars and local clubs. In addition to this, he also worked on television and the radio. The breakthrough moment of his career came when he made his way into playing guitar for the American musical duo, ‘The Louvin Brothers.’ He mentions that Charlie Louvin helped him build his career and says that he changed his life. Likewise, he moved on with his career and joined the American country music stage concert, ‘The Grand Ole Opry’ in 1967. He has worked with numerous big names in the industry like George Strait and Johnny Cash.

Capps’ first marriage took place back when he was 19 years old. His first wife’s name is Anne Bridges Capps, and she was a year older than him when they married each other. Their relationship was powerful, and it lasted for almost five decades. Unfortunately, his wife passed away in the year 2005 because of some health issues. The two lovebirds had three children from their marriage, and one of their kids is Mark Capps.

Following the sad demise of Jimmy’s first wife, he moved on with his life and married his second wife. Her name is Michele Voan Capps. Fans and the media have spotted the two of them on numerous occasions. The two of them stayed together until he drew his last breath.

Jimmy drew his last breath on 2 June 2020 in Tennessee, the United States of America. He left this world, his wife, and his kids. The leading cause of his demise was due to complications in his health. His resting place lies at the Spring Hill Funeral Home and Cemetery in Nashville, Tennessee.

Jimmy Capps was a pretty successful musician, and he earned through his career as a musician. At the time of his demise, he had an estimated net worth of around $10 million. This was back in the year 2020.

Jimmy Capps has already passed away, so obviously, he is not available on social media platforms. However, his wife Michelle created a Facebook page (@JimmyCappsMusiciansHallofFamer) dedicated to her late husband.