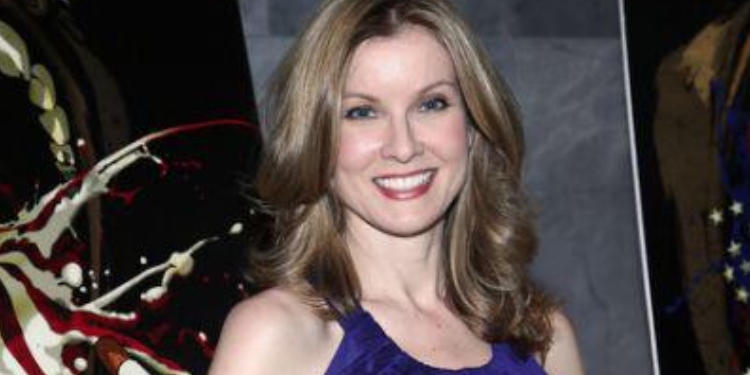 Jodi Applegate is a news presenter and journalist. She works for MSNBC and NBC News as an anchor. She operates for the NBC Network’s local and national television stations.

Jodi Applegate was born and brought up in Moon Township, Pennsylvania, where she was born on May 2, 1964. During her freshman year, she attended Temple University in Philadelphia and then transferred to New York University to earn her bachelor’s degree in television and film.

Jodi Applegate was temporarily an actress before pursuing a journalism career, appearing in the television film “A Pocket for Corduroy” in 1986 and the short film “There’s Nightmare in My Closet” the following year. After that, she pursued a journalism career, appearing in various movies and TV shows as a journalist and presenter, including “The Bourne Legacy” in 2012, the television film “Onion News Empire” (2013), and the TV series “Limitless” in 2016 alongside Abbie Cornish and Todd Phillips.

Jodi Applegate’s career as a journalist began in the early 1990s when she got selected to anchor “Close Up“, which broadcasted on C-Span. She relocated to San Francisco quickly afterwards, where she worked for Metro Traffic as a radio and television traffic reporter. That didn’t last long, either, but it wasn’t because Jodi got fired or because she wasn’t doing her job; it was because her desire for success drove her away. She was a host on KTVK in Phoenix’s “Good Morning Arizona” and then worked as an anchor at KTVN in Reno, Nevada.
Jodi was the first person to appear on MSNBC when it originally began broadcasting. She hosted “MSNBC Live” and “Weekend Today,” both broadcast on the NBC network. Jodi was also a replacement host for the “Today” show until three years after joining MSNBC and NBC, when she got selected co-host of “Later Today,” with Florence Henderson and Asha Blake; however, after a few episodes, the show got discontinued.

Jodi soon got work at WFXT in Boston, where she was the host of “Fox 25 News,” which originally aired at 4:30 p.m. but was later changed to 5:00 p.m. She also worked on the “Fox 25 Morning News” from September 2003 until October 2004, when she relocated to New York to work on the sister station WNYW.

Jodi got promoted to co-anchor of “Good Day New York” at WNYW, a post she maintained for three years until she got substituted by Rosanna Scotto, at which point she opted to quit the station. Her next position was WCBS radio. She worked as a fill-in anchor for all-news and as a temporary presenter for Sirius XM Radio’s Martha Stewart Living Radio channel’s “Living Today.”

Jodi resumed appearing on television in 2009 as an evening co-anchor for News 12 Long Island. Still, she left the station in 2010 to embrace a job offer from the WPIX channel, where she became the anchor of the 10:00 PM weeknight newscasts and the host of the hour-long 5:00 PM newscast, which began in 2011. On the other hand, Jodi quit the station in December 2012 because station executives refused to modify her schedule, which she had requested due to her pregnancy.

Jodi Applegate has been married to Michael Kay since 2011, after dating him for about two years. Rudolph Giuliani, a former New York mayor, officiated during their wedding ceremony at the Plaza Hotel. They have two children together, both of whom got conceived via a surrogate mother.
Jodi was previously married to Rob Nikoleski, a sports director at KOLO, although their union was reportedly short-lived.

Jodi Applegate has held various key jobs on radio and television since beginning her career in the early 1990s, increasing her net worth. Applegate’s net worth is projected to be $5 million, based on her solid career in broadcast journalism.

Jodi Applegate isn’t a big user of social media. Still, she has a sizable following on Twitter, with 13,500 followers, where she promotes her business while also sharing personal details like images of her kids.