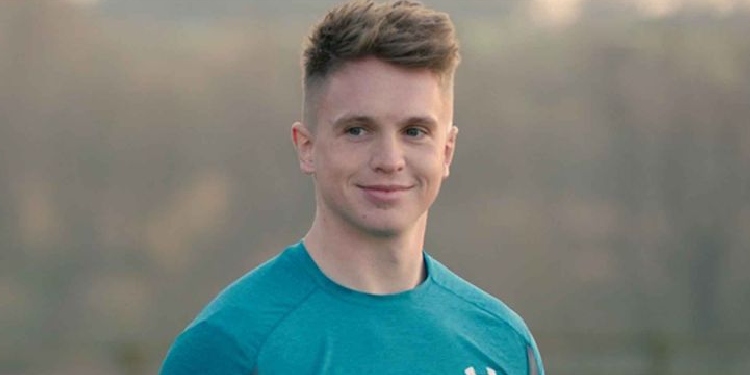 Joe Weller is a British YouTuber who is best known for his vlogs, commentary, and challenges. He is also a musical artist and a famous social media personality. To learn more, detailed information about Joe’s life is given below.

Joe was born on March 2, 1996, and was raised in Brighton, England. He is British by nationality, and his ethnicity is White Caucasian and follows Christianity religion. Joe is a Pisces as per his zodiac sign.

Joe Weller’s fans are also called “The Buxton Army.” Besides being a Youtuber, Joe is a huge football fan, and he loves the Chelsea football club. He is also very interested in music, and deep music house is his favorite genre.

He also likes boxing and has posted many videos challenging various artists for a match. For his primary education, he studied at the local school in his area. For his university, he studied Film Making and Media Study and graduated in 2019.

Growing up, he faced a lot of harassment and was ridiculed because his ears were slightly different and he was fat. He played football very well but was removed from the team as his weight grew.

However, he overcame all the bullying and started his YouTube career at a very young age, changing his life. Joe continues to oppose any form of bullying and hopes that the perpetrator becomes aware of its impact on the lives of victims.

Unfortunately, Joe has not disclosed the name of his parents; however, his father, along with his mother, runs a bakery shop. He also has a sister named Amy Weller.

Joe Weller is a YouTuber who creates content related to vlogs, challenges, commentary, and apart from that, he is also a musical artist and a social media personality. When he was in school, he started making videos and made his first video named “How to be a Fighterman.”

Later he got interested in making films and made a short film about teleporting and cloning named “The Jacket.” As he grew up, he found that YouTube was his area of interest and uploaded videos in 2012. The first video that he uploaded was “New Channel- Tutorial and Torres.”

What got him into fame was a video that he uploaded, “How to be KSI,” as it helped him gain 4K followers despite many hate comments. He became very popular over time, and after graduating from college, he used YouTube full-time as making videos made him very happy.

After becoming a YouTuber, he became friends with The Sideman and later collaborated with KSI on many videos. “BRUTAL FIFA: Weller Vs. KSI” is one of the famous videos that Joe and KSI screened at the Copper Box Arena in February 2018.

It is a wrestling match that has been live-streamed and watched by 3 million people worldwide.

Joe also participated in the 2017 Wembley Cup. In addition, he continued publishing sports-related videos, especially soccer, funny videos, music videos, commentary, and vlogs, and now has over 5.3 million subscribers as of November 2021.

Apart from all the Youtube videos, his “World Cup Song” is one of the most popular songs he has released and has more than 20 million views. He has uploaded nine original songs that are primarily based on football on his channel.

Joe also has four non-football songs on his channel, including “Wanna Do ft. Emil.” which ranks in the top 30 in the UK charts and is the highest-ranked song on Joe’s charts. Joe also has his clothing line called “Legitimate,” with high-quality apparel.

Currently, Joe Weller is not in a relationship and is single as he has not revealed any information about his recent love life. In the past, he did admit that he dated Kate Hutchins and had her featured in various videos such as “Copper Box Arena.”

However, they separated in 2016. Later, Joe also dated Saffron Barker in 2017 and eventually broke up. Currently, Joe is not married and does not have any children too.

Joe Weller earns from his career as a YouTuber, musical artist, and social media personality. He also has his clothing line, and therefore he earns his income from YouTube, his brand, and the sponsorship used on his Instagram account.

According to the different sources available on the net, the net worth of Joe Weller is estimated to be $ 1.5 million.