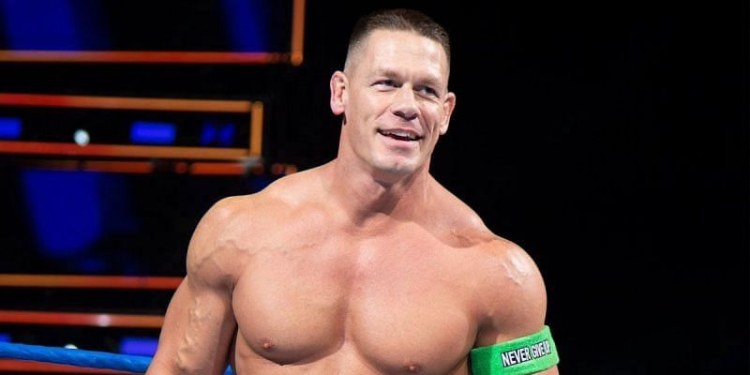 John Cena’s full name is John Felix Anthony Cena. He is an actor, philanthropist, television personality, and professional wrestler. He has had a very successful career with World Wrestling Entertainment (WWE) and has also landed many remarkable roles in the movie industry. With his debut performance in 1999, he has won the WWE Championship 13 times and the WWE Heavyweight Championship thrice. He has also won 10 Slammy Awards in WWE. He is also popular for his role as Danny Fisher in the action movie ‘12 Rounds’ and Jakob Toretto in ‘F9’. It is the ninth installment in the ‘Fast and Furious’ movie franchise.

John Cena has married twice to date. His first marriage took place back in 2009. He met Elizabeth Huberdeau while filming the movie ‘12 Rounds.’ However, their relationship did not last long, and they separated in 2012. After this divorce, Cena dated a fellow wrestler from WWE, and her name is Nikki Bella. The fans loved their relationship, and the two of them also looked extremely nice together in WWE. He proposed to her in a very romantic way, and it took place during Wrestlemania 33. They also decided to marry on 5 May 2018 but sadly parted ways a month earlier in April 2018.

You might want to read Details about Michael Jordan’s Kids.

Cena crossed paths with his current wife when he was working on the movie ‘Playing with Fire.’ According to the movie’s fellow cast, Keegan Michael, he first laid eyes on Shay Shariatzadeh at a Vancouver-based restaurant and instantly fell for her. According to Cena’s interview with Entertainment Tonight, he could not take his eyes off of her. Fans speculate that she somewhat felt the same way for Cena as they began dating ever since. He was all smiles after meeting her and has also stated that the meeting was special as he could get a movie for himself and a beautiful person.

However, John Cena and Shay Shariatzadeh decided to marry as secretly as possible. So no one even knew about their wedding until PWInsider.com published the news. According to the website, they tied their knots on 12 October 2020 during the COVID-19 pandemic.
Cena’s wife Shay is Canadian, and she is an engineer by profession. She holds Canadian nationality despite being born in Iran in 1989. She completed her education at the University of British Columbia and is currently working as a product manager. Rumors say that she has also contributed to the designing of Avigilon’s security system. According to Shay, she cares a lot about her family, and her mother is her biggest source of inspiration.

The two of them share a solid love and respect for each other. They are not in it for money for fame or anything like that and give their all to their relation. John made clear that he is not interested in having children, and his wife is fine with this decision. He said this because he is focused on his career, which will result in him not being available for his children, and he would not like that. So John and Shay live their lives happily, and the two of them are also working out together.