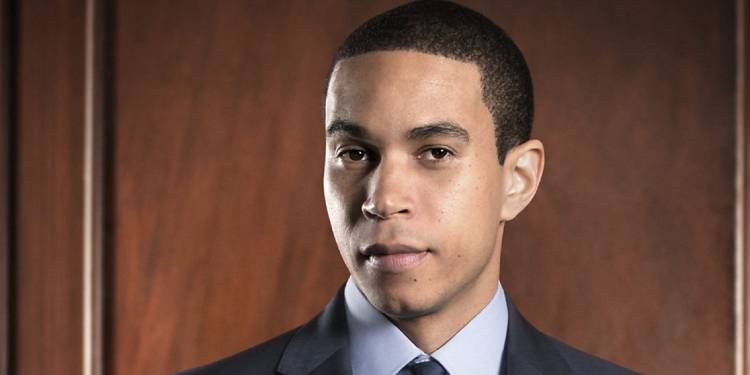 Everyone knows about the famous and hyped fantasy drama television series Game of Thrones. And this series has its prequel released named House of the Dragon in 2022. John Macmillan is one of the casts of House of the Dragon, where he portrayed the role of Ser Laenor Velaryon.

John is a British actor and writer who officially started his career in the entertainment field in 2004. Apart from acting in movies and TV shows, he is also a voice actor. He led his voice in different animated movies and games. John is popular for his voice role of Varl in the video game Horizon Forbidden West.

What is John Macmillan Age?

John Macmillan was born in England. However, his exact date of birth and zodiac sign is not revealed yet. Looking at his body structure, we can assume that his age might be around in the 30s. John seems to be a private person. He hasn’t publicly spoken about his parents, siblings, and educational background. But we’ll inform you about this information as soon as it is out. Talking more, John holds British nationality, and his ethnicity is mixed.

What is Macmillan Height?

Looking at John’s body structure, he has a tough physique. However, his exact body measurement, height, and weight are unknown. Moreover, John has a beautiful pair of black colored eyes, and his hair color is black too.

How did John Begin his Acting Career?

Macmillan began his career in the entertainment field in the 2004 series Hustle. Eventually, he acted in different movies and tv shows. John appeared in the horror film Heartless in 2009 and Hanna as Lewis in 2011. His other notable projects were Fury and Maleficent in 2014 and Horizon: Zero Dawn in 2017, where he had a voice role. Likewise, John has also appeared in the theatrical act named Killer. In an interview, he mentioned that his role was out of his comfort zone in that theatrical act.

This actor is also famous for his acting role in the 2018 TV movie King Lear, where he played Edmund. John’s other voice role came in the 2021 movie Ron’s Gone Wrong as Bubble Techs. Moreover, he came into the spotlight after appearing in the prequel to the Game of Thrones series, House of the Dragon, where he portrayed the role of Ser Laenor Velaryon, the son of Lord Corlys Velaryon and Princess Rhaenys.

Who is John Macmillan Wife?

As mentioned earlier, John Macmillan likes to maintain a low-key profile. It seems he doesn’t like other people to invade his personal life. Moreover, he has also not mentioned anything about his past relationships. John likes to keep his personal love life private and away from the limelight. Therefore, his exact relationship status, whether he is single, dating, or married is unknown.

What is John Macmillan Net Worth?

John has worked in the entertainment industry for more than ten years now. He has gained a huge fandom and popularity through his acting roles. Along with fame, he has also accumulated a large amount of money.

Moreover, his fortune comes from his acting career, as he is well known for his range as an actor. As of 2022, John Macmillan has accumulated a net worth of about $2 million.

How is Macmillan Social Media Presence?