John Mulaney has filed for divorce from Anna Marie Tendler 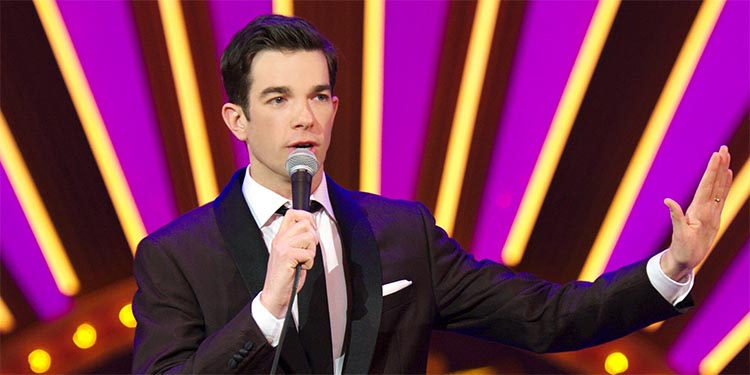 John Mulaney, the American stand-up comedian, actor, and writer known for his comedy and as the writer of Saturday Night Live, has filed for divorce from Anna Marie Tendler more than two months after news surfaced about the couple’s split.

The 38-year-old comedian filed for divorce on Friday, but no further information was initially released, and the lawyer for Mulaney did not care to respond to People Magazine’s request for comments. However, a couple of months ago, back in May, a representative for Mulaney had told the magazine that the couple had decided to end their matrimony after six years of being together.

“John will not have any further comment as he continues to focus on his recovery and to get back to work.”, the representative added.

“I am heartbroken that John has decided to end our marriage,” Tendler, Mulaney’s wife, added in her statement. “I wish him support and success as he continues his recovery.”, she said with much sadness.

News of their breakup came abruptly after almost five months after Mulaney checked into a rehab center in December, seeking treatment following his relapse into a decade-long battle with addiction. In February, it was confirmed that Mulaney had completed his 60-day rehabilitation program and now was in much better function and appropriately sober. But it came as a surprise when he declared that he now wanted to split up with his wife of six years.

Since completing his rehab stay, the comedian has returned to the stage for well-received stand-up shows, including “From Scratch.”

Mulaney is currently dating actress Olivia Munn; the relationship between the two was first reported back in May before John and Tendler had even split up or announced their lack of compatibility.

“This is very new; they’re taking it slowly,” a source close to Mulaney had told People back then.

The celebrity duo had remained close friends ever since they first connected several years ago. So when Mulaney entered rehab in December of last year, Munn, 40, had sent him her best wishes.

“Sending SO MUCH love and support to John Mulaney. You got this.” she had tweeted at the time.

They were spotted out together for the first time having a lunch date in Los Angeles in late June. “They were having a great time during lunch, laughing and talking,” an insider said in an interview with People. “They were really enjoying each other’s company.”

Surprisingly, much of Mulaney’s comedy had been about his relationship with his wife. As a result, his heavily anticipated shows in New York in May were called “raw, vulnerable, personal” by many critics.

John Mulaney is known in the US and worldwide for his work as a writer for the show Saturday Night Live and as a stand-up comedian who resonates with the modern American youth and household. His comedy specials like The Top Part (2009), New in Town (2012), The Comeback Kid (2017), and Kid Gorgeous (2018) were topics of much acclaim. Also, they won him the Primetime Emmy Award for Outstanding Writing for a Variety Special.

In 2019, his children’s musical comedy John Mulaney & the Sack Lunch Bunch was released on Netflix.