Johnathon Schaech is an American actor, writer, and producer. He is best known for his role as James (Jimmy) Mattingly II in the film That Thing You Do!

Johnathon Schaech is a professional actor popularly known for his performance in the comedy film that Thing You Do! Where he portrayed the character of James Mattingly II. Besides that, he is also a writer known for his number of screenwriting and producing them.

Schaech was born on 10th September 1969 in the small community of Maryland called Edgewood. Since he was born and raised there, he belongs to American nationality. He grew up with his younger sister named Renee Schaech in a Catholic family and is the son of Joanne and Joe Schaech. He joined the University of Maryland near his community and graduated with a degree in Economics. He also took a drama class, but he never intended to join the acting career professionally. Schaech learned acting for three and a half years from the drama teacher Roy London. 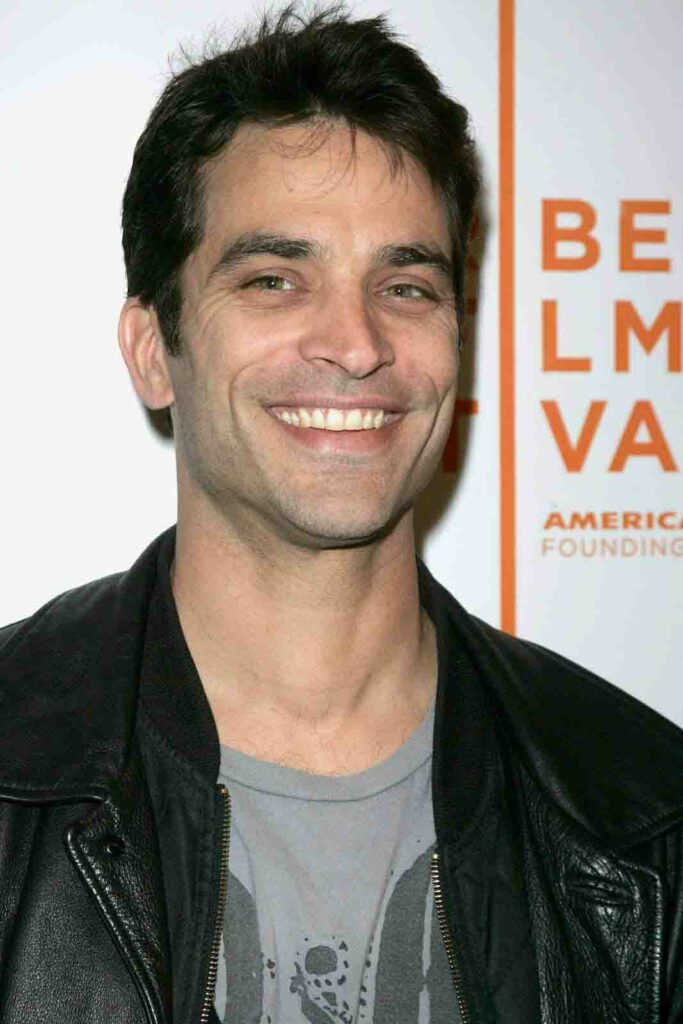 Johnathon Schaech started his acting career after receiving his father’s support. Before starting acting, he was a member of the dance troupe Chippendales. He appeared in many different commercials and playing small roles in the films.

Johnathon Schaech made his film debut in 1993 after appearing in the film The Webbers as Giampaolo. His second appearance was in the same year in the Italian cinema Sparrow, where he portrayed Nino’s character. Then he starred in the drama film, The Doom Generation in 1995, portraying Xavier Red and That Thing You Do! in 1996 as James Mattingly II, from which he started gaining the public attention. Then following year, he went on to starring in the films Invasion of Privacy as Josh Taylor the same year.

In 1997, Johnathon Schaech starred as Teddy in the comedy film – Welcome to Woop Woop. The following year, he played the lead role as Jackson Baring in the thriller film Hush, Byron Gruman, in Finding Graceland. Then he portrayed the character of American stuntman and Illusionist Harry Houdini in the film Houdini. The same year, he won his first award for Best Supporting Actor from the film Woundings.

Before landing the leading role in the film Judas, he appeared in many other movies like Splendor, The Last Witness, After Sex, How to Kill Your Neighbor’s Dog, The Forsaken, etc. In 2005, he starred in the award-winning film Little Chenier. In 2008, Schaech received the nomination of MTV award for Best Villain for his performance as Richard Fenton in the film Prom Night. In 2014, he also appeared in the movie Hercules: The Legend Begins Tarek.

Apart from films, Johnathon Schaech has also appeared in many TV series. He first appeared in the TV series named Outer Limits as Andy Pace in 2001. Then he appeared as John Maguire in Time of Your Life the same year. In other series like Arrested Development as Goldstone, Cold Case in 2009 as Julian Bellows, CSI: Miami in 2011 as Joseph Crumbaugh.

Johnathon Schaech next appeared in the political drama Blue Bloods as Detective Jimmy Mosley in an episode called “Blast From The Past.” He again portrayed the character of Jonah Hex in Batwoman in 2019. 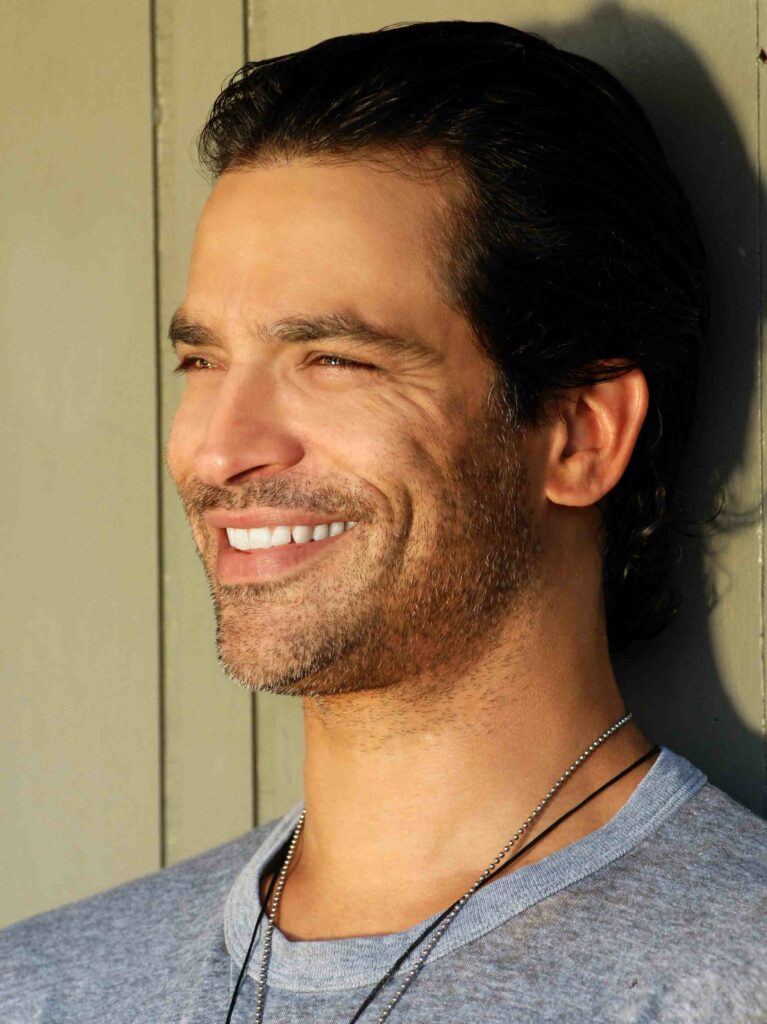 Apart from acting, he is interested in writing as well. Johnathon Schaech published his first book Rick Demsey’s Caught Stealing: Unbelievable Stories From a Lifetime of Baseball, on 15th April of 2014. He wrote the book along with the baseball player Rick Dempsey.

He has also co-written various plays collaborating with other screenwriters. They include Heroes, The Poker Club, Fear itself: Eater & Fear itself: Circle, and a few others.

Johnathon Schaech is currently living with his third wife, Julie Solomon, who is an American businesswoman. They tied their knot in July in 2013, and on 12th September 2013, his wife gave birth to their first child, Camden Quinn (son), and on 18th July of 2020, she gave birth to their second child, Lillian Josephine (daughter). Before settling down with Julie Solomon, Schaech was committed to an American actress and dancer, Christina Applegate, in 2001, but the marriage lasted only six years. In 2010, he married another actress Jana Kramer, but the marriage lasted only for a month.

Johnathon Schaech was close with famous Tv host and comedian Ellen DeGeneres before she declared herself a lesbian. Schaech is active in social media. He has over 81 thousand followers on Twitter and over 45.9 thousand followers on Instagram. He can’t help himself express his love for his family and his currently born daughter and seven-year-old son. He also has a Facebook account and can be connected by @johnathon. Schaech. 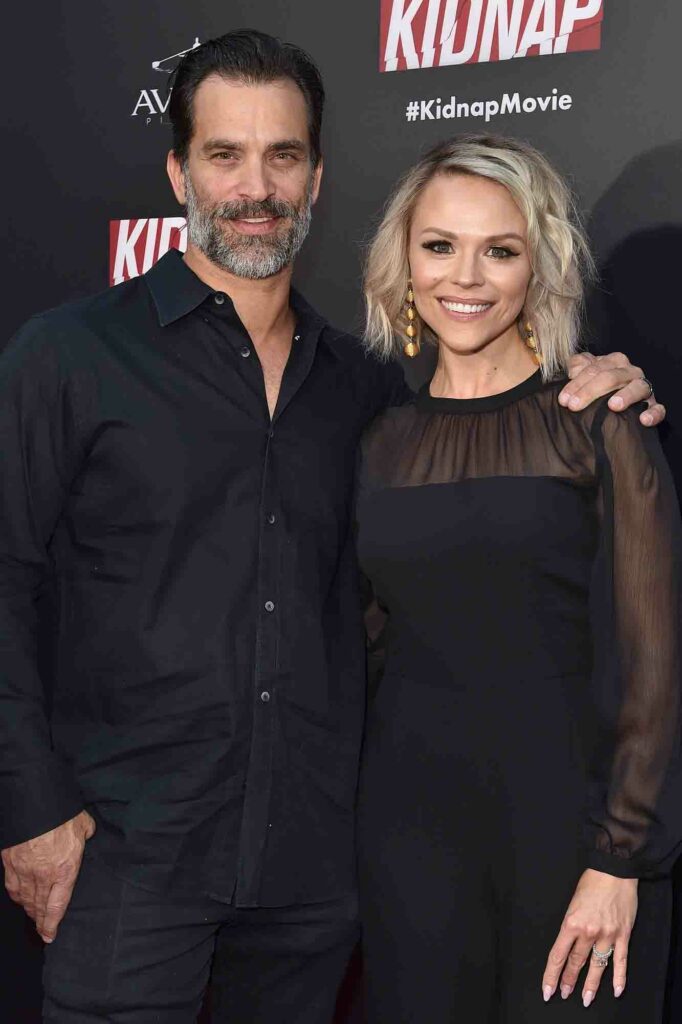 Regarding the physical look, Schaech is as healthy and attentive to his health and physical body as ever. Although he is in his early 50s, he spends his millions on gym and bodybuilding; thus, he possesses a strong and athletic body. He has a height of 5 feet 10 inches and a weight of 78 kg. His body measurements are 32-26-32 inches.

Johnathon Schaech possesses an oval face having brown eyes and black hair. He doesn’t like having a beard, so he keeps it short all the time, and he doesn’t have any tattoos on his body. His zodiac sign is Virgo, and he belongs to white ethnicity.

As of 2020, Johnathon Schaech’s net worth is estimated to be around 70 million worth. He earns his millions from acting, writing, and producing films and plays.