Who is Jon Hamm?

Jon Hamm is a well-known American actor and producer, who is popularly known for his roles in the series “Mad Men”. He has been seen working actively since the year 1996.

Jon Hamm, whose real name is Jonathan Daniel Hamm was born on 10 March 1971 in St. Louis, Missouri, the U.S. as a son of his father, Daniel Hamm, and his mother, Deborah Hamm. His father used to be a manager of a family trucking company where his mother was a secretary.

Jon Hamm holds an American nationality and belongs to the ethnicity of German, English, and Irish. Currently, he is 49 years old with a height of 6 feet 1 inch (1.85 m) and a weight of 91 kg. He has got Brown dark hair with blue eyes. As he was born on 10 March, his zodiac sign is Pisces. 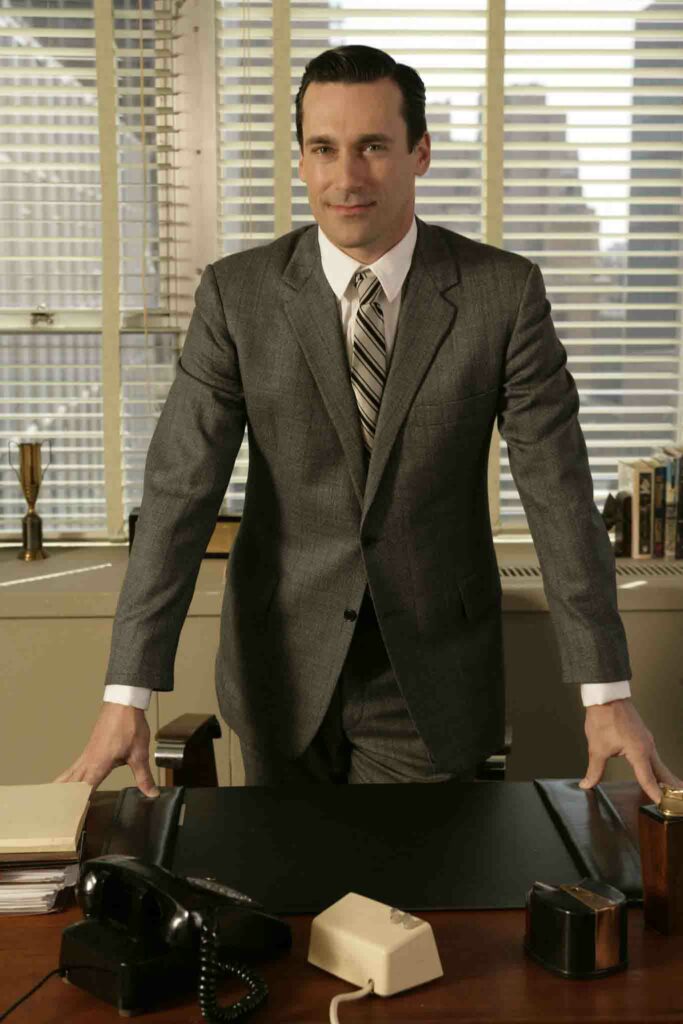 Earlier, when Jon Hamm was only two years old, his parents divorced and he lived with his mother. later, when he turned the age of 10, his mother died because of colon cancer so that, he started living with his father and grandmother.

When he was in his first grade, he did his first acting role as Winnie-the-Pooh. Later, he was seen cast into the role of Judas in the play “Godspell” when he was 16 years old. For his education, he went to attend John Burroughs School where he became a member of the football, baseball, and also of swimming teams. When he was 20 years old, his father also died.

In the year 1989, Jon Hamm completed his graduation and then, joined the University of Texas. Later, he attended the University of Missouri, and later, he made an audition for the production “A Midsummer Night’s Dream” and he became able to be a part of the production. Later, he was also cast on a musical “Assassins”. In the year 1993, he completed his graduation in Bachelor of Arts degree in English, and then, he also works as an acting teacher for eighth-grade in his high school. Further, he had got the chance to appear in an American television sitcom “Unbreakable Kimmy Schmidt”.

In his early career, Jon Hamm moved to Los Angeles and started looking for acting roles. At that time he also worked as a waiter and later, he was seen playing the roof on the production “Timon of Athens”. He was not able to found any acting roles so that he continued working as a waiter.

In 2020, Jon Hamm was seen playing roles in series like “Medical Police”, “Curb Your Enthusiasm”, “Home Movie: The Princess Bride”, “Marvel’s 616” and “Bless the Harts” as a voice actor. In the same year, he was also seen appearing as Steve Windell on a television special “Sarah Cooper: Everything’s Fine”. 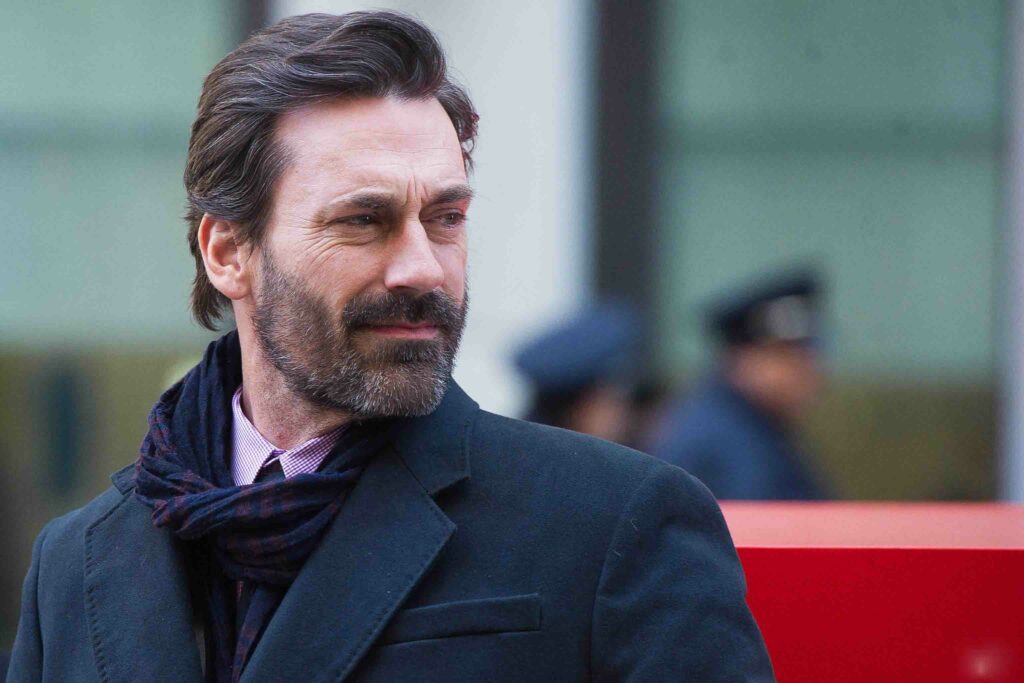 Further, Jon Hamm was seen appearing in several movies like “The Ten”, “The Day the Earth Stood Still”, “A Single Man”, “Stolen”, “Sherk Forever After” as a voice actor, “The A-Team”, “The Town”, “Howl”, “Sucker Punch”, “Bridesmaids”, “Friends with Kids”, “The Congress” as voice actor”, “Million Dollar Arm”, “Minions”, “Absolutely Fabulous: The Movie”, “Keeping Up with the Joneses”, “Majorie Prime”, “Baby Driver”, “Aardvark”, Nostalgia”, “Beirut”, “Tag”, “Time of Day”, “Bad Times at the El Royale”, “The Report”, “Lucy in the Sky”, “Between Two Ferns: The Movie”, “The Jesus Rolls” and “Richard Jewell”.

Besides this, Jon Hamm was seen in several music videos of the songs “Shy Ronnie 2: Ronnie & Clyde”, “Tell Me Something I Don’t know”, “Labrador” and “Are We Alright Again”. 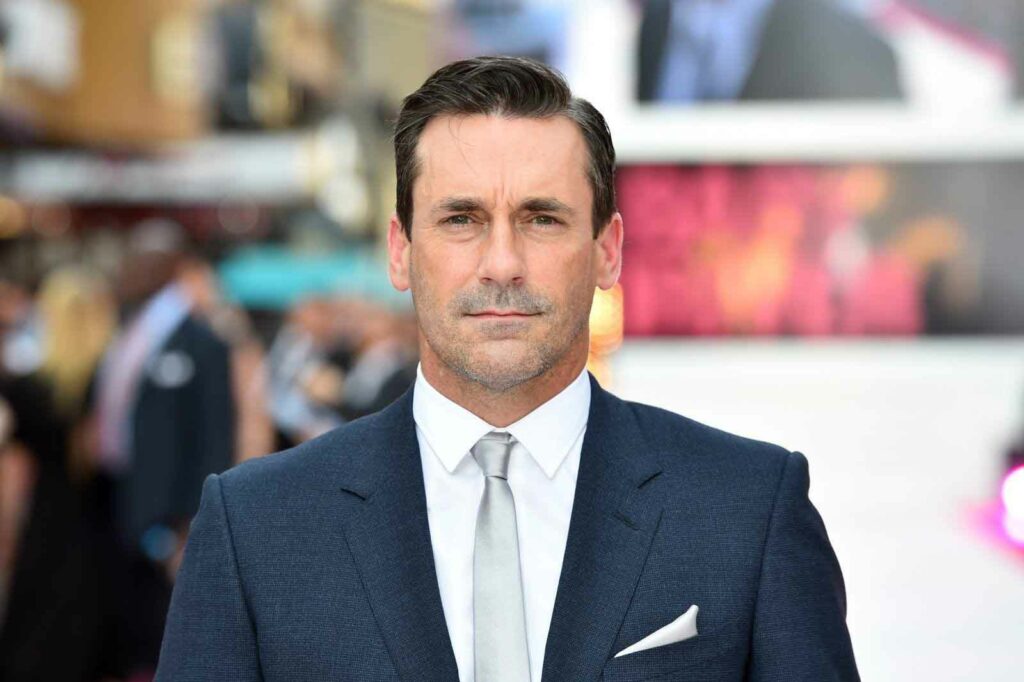 Jon Hamm was also seen playing the role in the play “The Oh, Hello On Broadway” in the year 2016.

In his career, Jon Hamm had won several Awards including, Emmy Awards, Golden Globe Awards, screen actors Guild Awards, Critics’ Choice Awards, Satellite Awards, Television Critics Association Awards from the series “Mad Men”. In 2010, he had also won the National Board of Review Awards for Best Cast from the movie “The Town”.

The estimated net worth of Jon Hamm is $40 million.