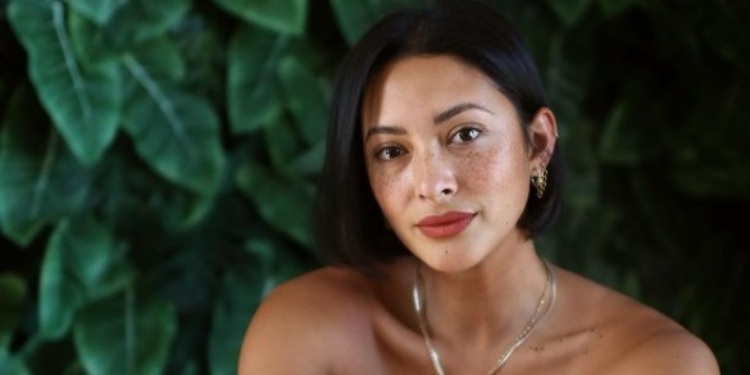 Jordyn Taylor is an American singer, model, and songwriter. She is also immensely popular as the ex-girlfriend of the South African comedian and television personality Trevor Noah. He is well-known for hosting the late-night talk show, ‘The Daily Show.’ Apart from being Noah’s ex-girlfriend, she is also famous for her song called ‘Got My Prisila On.’ It landed on the top of Japan’s Foreign Music category in 2011. Would you please stick with us to know more about her talent and her life?

Jordyn holds an American nationality, and she belongs to mixed ethnicity. She descends from Filipino, Austrian, Mexican, and Chinese ancestry through her parents. Aside from this, she is a Christian and practices Christianity.

Jordyn has not shared much information about her educational background and qualifications at the moment. However, we know that she has completed her graduation, but the further details of her education are a mystery. Unfortunately, due to this reason, we are currently unable to determine her alma mater.

Taylor was previously in a relationship with her ex-boyfriend, and his name is Vincent Giuliano. Unfortunately, the lovebirds were unable to carry on with their relationship. This was because Vincent lost his life in a car accident in 2011. She was then single for a long time before meeting Trevor Noah. Fans and the media were able to spot the couple together on numerous occasions. Sadly, the two of them are no longer together as they separated for reasons unknown. Despite their separation, they consider each other a friend and have a healthy connection. In addition to this, she has not yet married or given birth to any children.

Jordyn stepped into the world of professional music-making when she was 15 years old. She signed a contract with Manta Productions and released her first song, ‘Strong.’ Following this, she released her second song, ‘Accessory’ in 2009 and her first album, ‘Shine’ in 2013. In addition to this, she also wrote a lot of songs for her ex-boyfriend Vincent. According to the fans and listeners, her songs are moving. However, she has not published songs after this. Apart from her musical career, she has also successfully established herself as a model. She has also modeled for numerous automotive companies like RAM in her career.

Jordyn earns from her professional career as a musician and model. She has landed several hits through her songs and has also worked with numerous big names like MTV, Madonna, Justin Bieber, and Carrie Underwood. As of 2021, her estimated net worth lies between $1 million and $2 million.