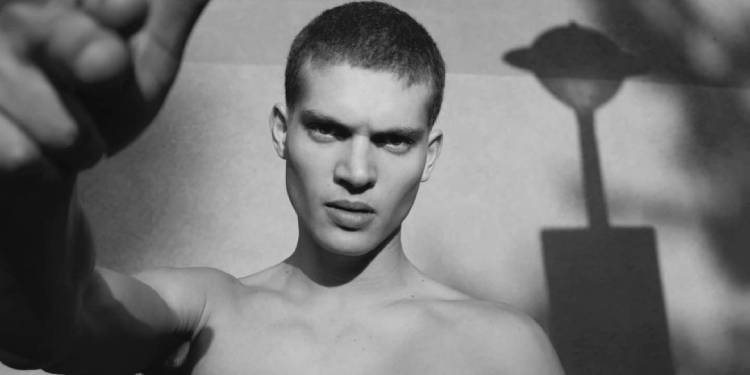 Josha Stradowski is a Dutch actor as well as a model. He is best known in the movie industry for playing the recurring role of Rand al’Thor in the action television series, The Wheel of Time. He has been a famous face in the Dutch movie industry and worked on various Dutch television series and movies throughout his professional career. Please stick with us to know more about the actor and his rise to stardom.

Josha Stradowski was born sometime in the year 1995 in Rotterdam, Netherlands. Sadly, the actor has not yet talked about the identity details of his parents. Likewise, he has also not spoken much about his siblings. Because of this, we cannot determine if he has siblings or not. Besides this, he is currently around 27 years old. However, it is impossible to determine his zodiac sign because his exact date of birth is now missing.

Josha Stradowski holds Dutch nationality, and he descends from Polish ancestry. Furthermore, the actor practices Christianity as his religion, and he is a Christian. Talking about his educational background, he was an Amsterdam School of the Arts student. Moreover, he also studied at the Youth Theater Hofplein and graduated in 2008. Furthermore, he has also taken dance classes at Codarts in Rotterdam. He was also a student of acting at the Theater VWO Hofplein. He completed his education in 2014.

You might want to check out former Dutch model, Carin Van Der Donk.

Josha Stradowski stands at 6 feet and 2 inches (1.88m/188cm) tall, and he weighs around 82kg (180lbs). He loves hitting the gym and maintaining his physique. He has enormous bulgy arms with a body measurement of 44-34-37, respectively. In addition to this, he has a pair of blue eyes color, and his hair color is brown.

Josha Stradowski began working as an actor in 2011. The first role of his professional career was that of Freddie. He played this role in the drama television series, Naranjina en de kadekapers. Following this role, the breakthrough role of his career came when he appeared as Pascal Roozen. Next, he played this recurring role in the family drama television series, Spangas for 27 episodes.

Likewise, Josha has been a part of numerous other television series and movies like Hidden Stories in 2012, Caged in 2013, and Boys on Film 13: Trick & Treats in 2015. Another remarkable work of his career came in 2018. He starred as Joris in the romantic comedy television movie Gewoon vreinden (Just Friends). He was able to impress the audience a lot through this role. In addition to this, he also won the Best Performance in a Leading Role Award from the OUT at the Movies International LGBT Film Fest in 2018.

According to an interview by Collider, Josha talks about how he felt while filming the seventh episode of the series, The Wheel of Time. He states that everything on set felt scary and realistic while filming. Moreover, he is also a model, and he has done a lot of modeling throughout his professional life. He shares a lot of his pictures through his social media platforms.

You might want to check out Dutch actress, Gaite Jansen.

Josha Stradowski is most probably single and not in a romantic relationship with anyone. He loves keeping the personal side of his life away from the media’s attention. Because of this reason, there is not much information about his past relationships and hookups either. However, we know that he has not married anyone at the moment, nor does he have any children.

Net Worth of Josha Stradowski

Josha Stradowski earns from his professional career as an actor. He has appeared in a lot of recurring roles throughout his professional life. He has also been successful as an actor and has garnered a lot of fame and fortune for himself. As of 2022, he has an estimated net worth of around $1 million.