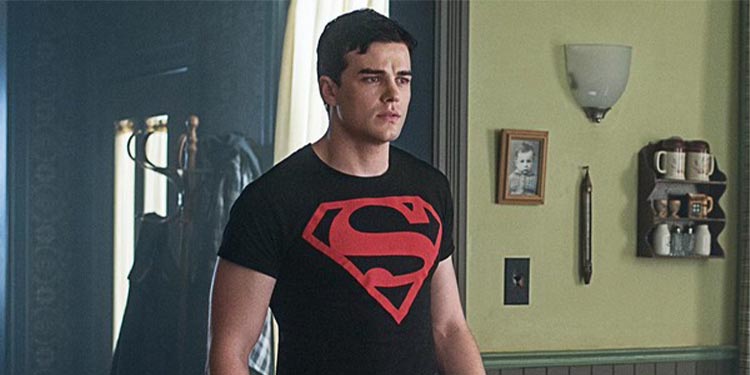 Joshua Orpin is an Australian actor. He is famous for portraying the character of Conner Kent/Superboy in the DC Comics live-action series Titans (2019). Orpin, who started acting professionally at the age of 23 and shot to prominence with the help of The Blake Mysteries: Ghost Stories in the year 2018, has a total of ten film credits as of 2020, according to IMDB.

He was born on the 15th of April 1994 in Melbourne, Australia. Choe Orpin is the actor’s younger sister, but he hasn’t said much about his parents. However, we will update our readers as soon as new parents or early childhood information is available.

Joshua’s nationality is Australian, and his ethnicity is White. He has an athletic body and stands tall at 6 feet 1 inches or 1.85 m, but his weight is unknown.

Similarly, his body proportions are also not disclosed. Orpin has dark brown hair, and the color of his eyes is blue. His Zodiac sign is Aries.

Oprin likes to keep a low profile when it comes to discussing his academics. As a result, he has held a lot of details about his early years under wraps. However, it is up to us to let you know if we encounter any details about his schooling.

You might want to check out Brian Joseph McCook.

He most likely honed his acting skills by attending acting schools before making his TV debut as Groom in the short film Dark Horses (2017) and Gus in another short film, You, Me & Karen (2017). Additionally, in 2017, he debuted his feature film as Axel in The Neon Spectrum, starring Stephanie Gonelli and Pat Moonie.

After that, Orpin played Michael in the short film Getting Ready (2018, 2018) before becoming well-known for his performance as Constable Peter Crowe in The Blake Mysteries: Ghost Stories (2018). Joshua was nominated for an Equity Ensemble Award in 2019 for the film.

In this American superhero TV show, he has brilliantly portrayed the character of Conner Kent / Super Boy. Akiva Goldsman and two other persons developed the show. It starred many stars like Brenton Thwaites, Anna Diop, Teagan Croft, Ryan Potter, Curran Walters, Conor Leslie, Minka Kelly, and a few more. So far, the series has two seasons and a total of 24 episodes. The TV series is rated 7.7 by IMDb.

The Titans actor has yet to marry, but he is long-term with personal trainer Asha Khan. Khan announced their fifth anniversary in an Instagram post in April 2019, implying that the couple has been dating since early 2014. In addition, Joshua Orpin shared a video of himself with Asha on Instagram in March 2020, suggesting that their relationship is still high. They haven’t confirmed their engagement or wedding plans, though.

Since his on-screen debut in 2017, Joshua has appeared in notable TV series Titans, Upright, Preacher, and the television film The Blake Mysteries: Ghost Stories. Joshua Orpin actor has a net worth of $300,000 as of October 2020, mainly resulting from his acting career.

He has ties to RGM Artists, a company that acts as an agent and managing director for artists who work in television, radio, theatre, and social media in Australia and internationally.