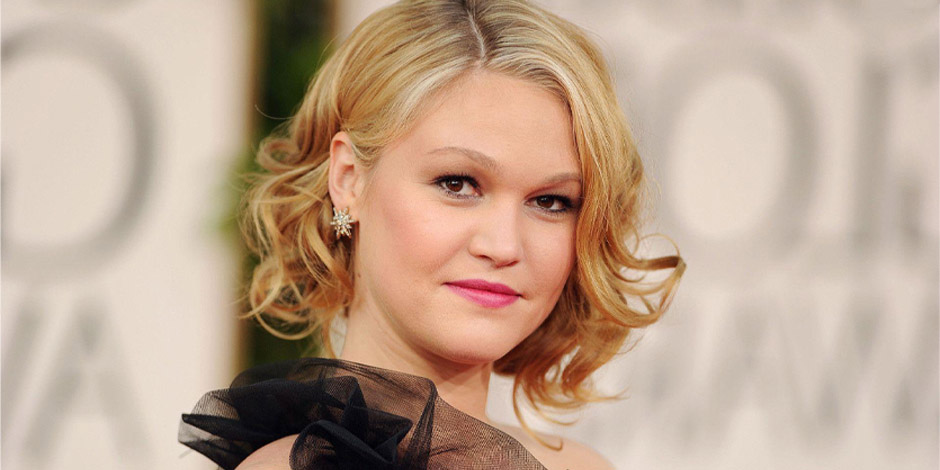 “The morning shows the day.”

Everyone has heard this line time and again. The beginning of the morning determines how the day is gonna be. It is true in most cases but is also not the ultimate truth. Despite its limitation, this line fits in the case of child growth. Usually, a person bright since childhood seems to have a successful lifestyle. The nature of curiosity in children plays a vital role in brain development of the children. It also determines the bright future of the children. The children who are active and curious seem to a determined and focused personality in adulthood.

Likewise, in the list of these adults, we cannot miss out on Julia Stiles. The American actress popular for her role in “Save The Last Dance”, “The Omen”, “Mona Lisa Smile” and “The Business of Strangers” has been an active and smart child since a very small age. She has been contributing to the literature. Julia was also a concerned kid. She liked to make an effort to create change. And she was confident about herself. Her journey has more to offer than just acting.

Judith Newcomb Stiles gave birth to Julia in New York City, USA on March 28, 1981. Her father is John O’ Hara. Her family had a pottery business in Greenwich village. And her mother was a Potter by profession. She grew up with two other young siblings.

Julia Stiles was a brilliant kid. She started contributing to the family business at the age of six. Julia started handling the register and interacting with customers. It seems like she has enjoyed her childhood a lot. She was also participating in the family business and getting time for her enjoyment. Then, she developed her passion and interest in Drama. Julia used to watch plays with her parents. It seems to be the kindling fire to become an actress. The plays of William Shakespeare used to fascinate her a lot.

Moreover, she was a passionate writer since a small age. She used to write a letter to her parents to express her needs. Julia Stiles has interesting incidents regarding her writing experience. She once wrote a letter to the then-mayor of New York City, Ed Koch. Julia requested him to surplus the number of dustbins in the city at the age of 11. She even wrote a letter to the director of “La MaMa Theatre Company.” This letter helped her to get a role in one of the company’s dramas at the age of 11. 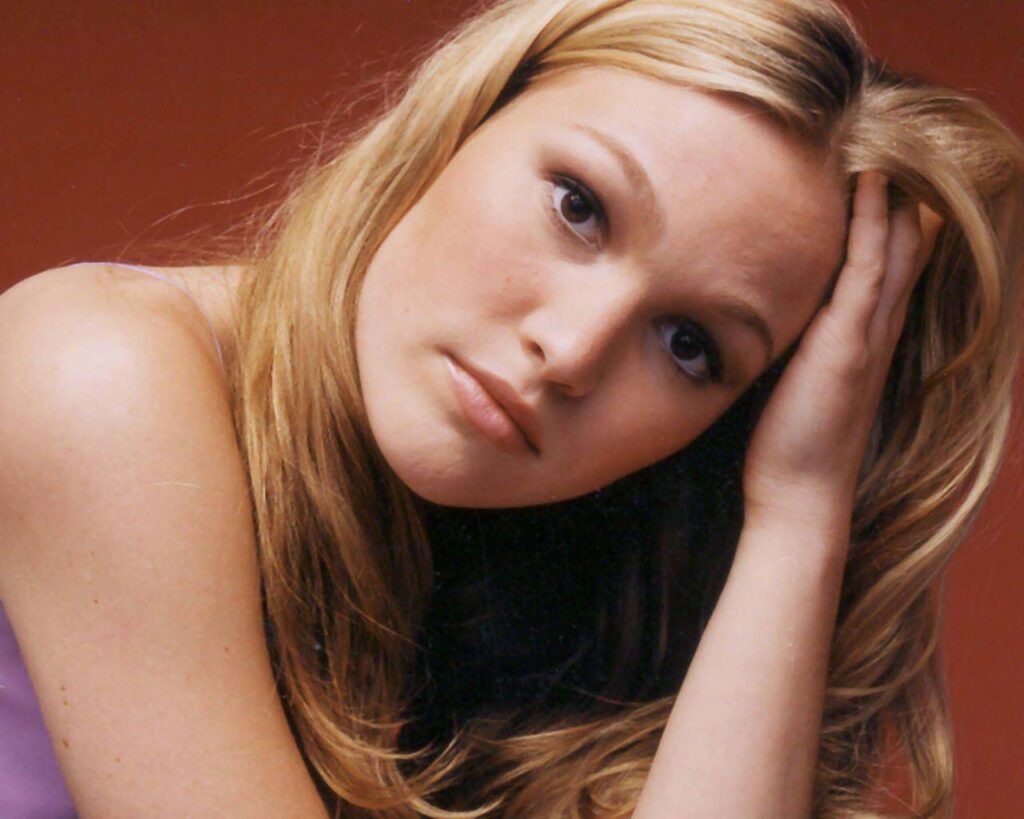 Despite the smartness of Julia Stiles, she did not pursue her academic career. She had decided to become an artist. Hence, she received modern dance lessons to enhance her artistic skills in “New York’s Professional Children School” for a professional artistic career. Julia Stiles got her Bachelor’s degree in English from “Columbia University” in 2005. The “Columbia College Alumni Association” awarded her “John Jay Award” for her professional achievement in 2010.

Julia Stiles officially started her stage acting career at the age of 11 from the “La MaMa Theatre Company.” She also collaborated with “The Kitchen Theatre” for the plays like: “The Sandlewood Box” and “Matthew School of Life” at the age of twelve. Then, she was also part of many commercials.

Moreover, Julia Stiles did debut in film from a small role in the movie “I Love You, I Love You Not” in 1996. The following year, she played in the movie “The Devil’s Own” in 1997. She shared the screen with Harrison Ford in the movie.

Then, the year 1998 became a more successful year of her career. She played the lead role in “Wicked” as Ellie Christianson. Julia received the “Best Actresses Award” for the role in the “Karlovy Vary International Film Festival.” The critics and casting agents noticed her performance from the movie. But the movie was not in theatres.

Likewise, her life started climbing the stairs of success. She hit the bull’s eye in 1999. As she has always been a fan of Shakespeare’s play, she got the golden opportunity of playing  in a movie based on “The Taming of the Shrew.” The movie was “10 Things I Hate About You.” It was a big hit. She got several nominations in the award shows. And she succeeded to get “MTV Movie Award” and “Chicago Film Critics Association Award.” 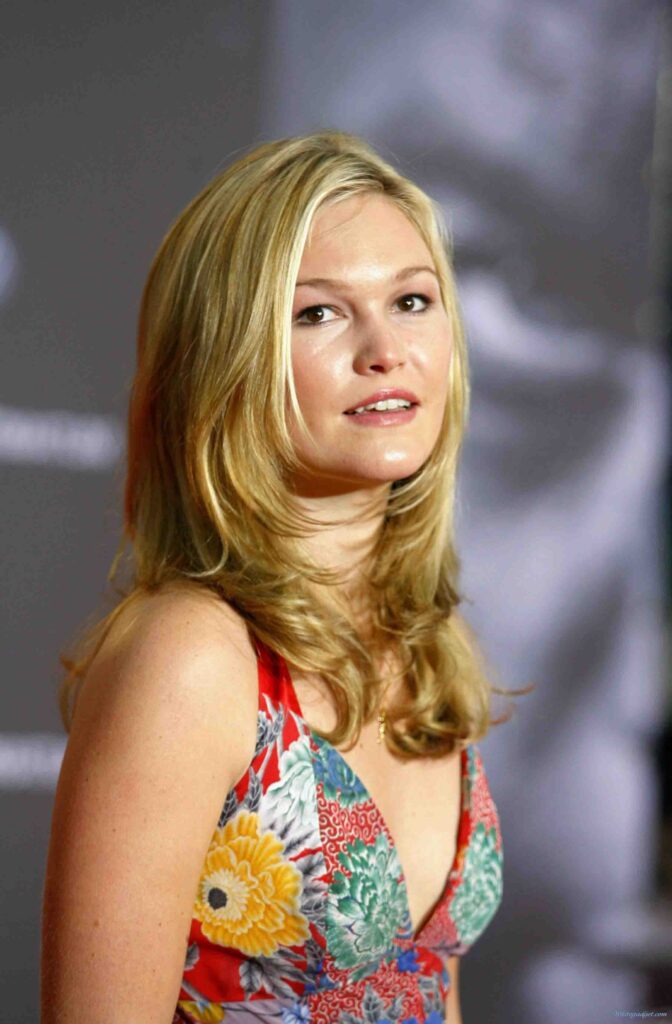 Julia Stiles received the “Teen Choice Award” in the category of “Choice Movie Chemistry”  for the movie “Down To You” in 2000.  She shared the screen with Friend Prinze Junior. She portrayed the role of “Sara Johnson” in the movie “Save the Last Dance” in 2001. Her role has been one of the greatest successes of her career. It was commercially successful. She received a “Teen Choice Award” and an “MTV Movie Award” for “Best Kiss.”

Likewise, Julia Stiles enhanced her passion and tried luck in writing and direction. Her debut written and directed movie was “Raving” in 2007. It was premiered at the “Tribeca Film Festival.” The website of Elle’s magazine has made it available. Julia received a nomination for the “Golden Globe Award” and “Primetime Emmy Award” for the popular TV Series “Dexter.” She was part of the series for ten episodes. Julia appeared in the movie “Hustlers” in 2019 and ” The God Committee” in 2020.

Julia Stiles has been quite open about her personal life. She was in a relationship with Joseph Gordon-Levitt. He is an actor, director, and filmmaker. But things didn’t work as expected I they break up. Then, she was in a relationship with Jonathan Cramer. And she started dating actor David Harbour in July 2011. Julia announced that she did an engagement with Preston J. Cook in January 2016. They married in September 2017. The couple has a son named “Strummer.” 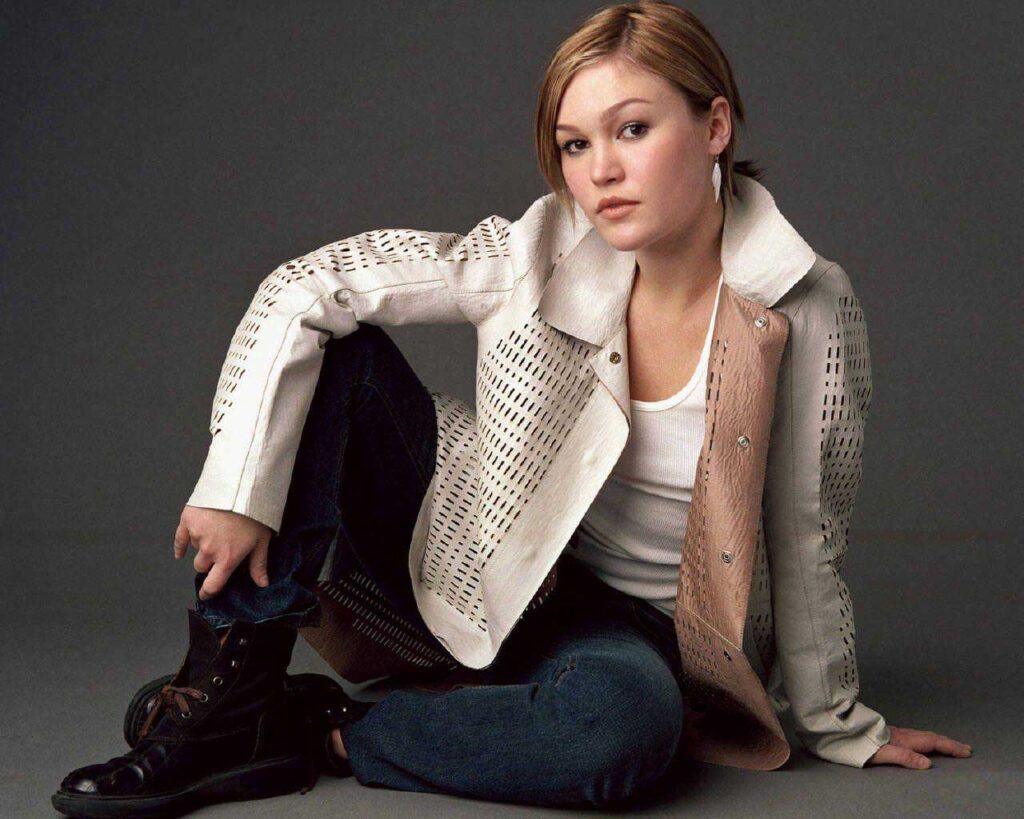 What is Julia’s Net Worth?

Julia Stiles has been part of the industry for more than two decades.  She has been part of many plays, movies, TV Shows, and TV films. According to the celebritynetworth.net, she has an approximate net worth of $12 million.