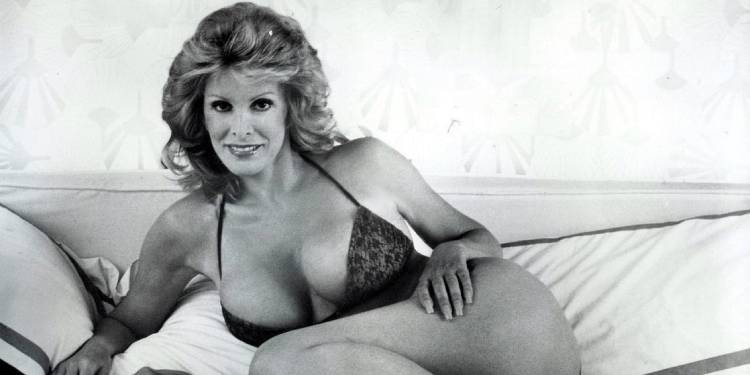 June Wilkinson is a famous English model as well as an actress. She is well-known in the entertainment industry for making many appearances for the men’s lifestyle and entertainment magazine Playboy. People also recognize her for making many appearances as a model during the 1950s. Furthermore, she has also worked as an actress a lot during the 1960s. Please stick with us to know more about the model and her works.

June Wilkinson was born on 27 March 1940 in Eastbourne town in East Sussex, England. However, she has not shared the crucial details of her early life, including information about her parents and siblings. Besides this, she is currently 81 years old with the zodiac sign of Aries.

June Wilkinson is English by nationality, and she belongs to the white ethnicity. However, she has not yet revealed the details of her ancestry at the moment. Talking about her religion, she is a Christian, and she practices Christianity as her religion. Furthermore, she was a student of the Sussex School of Dancing. She began her professional career at a young age, so it is unclear whether she completed her education or not. However, we know that she later enrolled at the Windmill Theater to develop her acting skills.

You might want to check out the Playboy model, Dorothy Stratten.

June Wilkinson is a beautiful person. She stands at the height of 5 feet and 6 inches (1.68m/168cm) tall, and she weighs around 60kg (132lbs). Furthermore, she has a voluptuous body figure with a body measurement of 43-22-37 inches. In addition to this, she has a pair of beautiful blue eyes color with blonde hair color. She was initially a brunette, but she later changed her hair color.

June Wilkinson began working when she was only 12 years old. Her first ever job was that of a stage performer. She appeared nude when she was 15 years old. This made her the youngest ever topless dancer. She performed at the Windmill Theater for a year, famous for its nude living pictures. After that, she started drawing a lot of attention to herself, and this eventually gave her a chance to go on a promotional tour to the United States.

During June’s time in the US, Playboy’s founder and editor, Hugh Marston Hefner, spotted her and approached the young beauty. He provided her with an opportunity of working with Playboy, to which she agreed. Following this, she began working with Playboy and started appearing a lot. Due to the large size of her breasts, people began calling her “The Bosom.” She began her work with Playboy in 1958. She made her last appearance as a Playboy model in 1962.

June Wilkinson has also appeared in many movies and television series, Apart from her modeling career. Her first roles were uncredited in movies like Thunder in the Sun and Mr. Tease and His Playthings. The breakthrough moment of her career as an actress came in 1960 when she portrayed Saturday in the movie The Private Lives of Adam and Eve.

Since then, she has played many remarkable roles like Britt Claiborne in The Florida Connection and Angela Wallace in The Candidate. However, the last performance of her professional career as an actress came in 2005 when she appeared as Billie. She played this role in the western movie Three Bad Men.

Besides this, the former model and actress is not active on social media platforms. There are many accounts with names similar to hers, but they either belong to someone else, or the authenticity of such accounts remains under review.

You might want to check out the Playboy model, Mikaela Long.

June Wilkinson was a married person. She was previously in a marital relationship with her ex-husband, and his name is Dante Anthony Pastorini. He is a former professional football player who used to play as a quarterback for the Philadelphia Eagles. Their first meeting took place in 1972, and they started dating for some time. After dating for around a year, they decided to tie their knots in 1973. The couple also appeared alongside each other in the 1975 action, drama, thriller movie, The Florida Connection.

Following their marriage, they welcomed a daughter together, and her name is Brahna. Unfortunately, the couple had an age difference of nine years between them, June being older than Dan. Unfortunately, this might have caused problems in their relationship as they went their separate ways in 1982. Since then, there has been no news regarding her relationship details.

Net Worth of June Wilkinson

June Wilkinson is one of the most successful models Playboy has ever had. She has worked with the magazine a lot and earned a lot of reputation. Furthermore, she has also had a lot of credits as an actress. As of 2021, she has an estimated net worth somewhere between $1 million and $5 million.