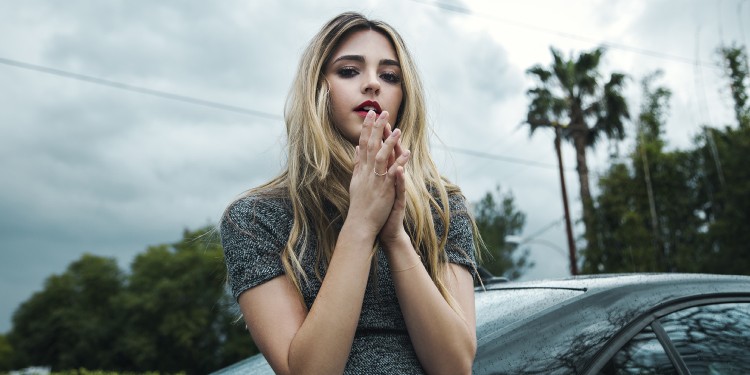 Katelyn Tarver is an American singer and actress. She has landed numerous prominent roles in the entertainment industry. Moreover, she has also had a fair amount of success in the music industry. She is well-known for playing the role of Jo Taylor in the musical comedy series ‘Big Time Rush.’ Likewise, she is also immensely popular for her extended play, ‘Tired Eyes.’

Katelyn Tarver was born on 2 November 1989 in Glennville, Georgia, the United States of America. Her mother’s name is Kim Tarver, and her father’s name is Kenny Tarver. She grew up alongside her siblings, and their names are Andrew Tarver, Amanda Tarver, and Jake Tarver. Her brother Andrew is also an American actor, just like her. He is well-known for playing the role of Seeso in the American comedy series, ‘Bajillion Dollar Propertie$.’ Besides this, she is currently 31 years old with the zodiac sign of Scorpio.

Similarly, Katelyn has not shared any information about her educational background and qualifications at the moment. Consequently, we cannot determine where she studied.

Katelyn Tarver holds an American nationality, and she belongs to white ethnicity. In addition, she has not shared any information about her ancestry at the moment. Likewise, she has also not disclosed her religious views and practices either.

Katelyn Tarver stands at the height of 5 feet and 6 inches (1.68m/168cm) tall, and she weighs around 57kg (126lbs). In addition to this, she has an hourglass-shaped body figure with a body measurement of 34-25-34 inches respectively. Moreover, she has beautiful brown eyes and blonde hair.

Katelyn gave her debut performance in the entertainment industry in the year 2003. Then, she participated in the American reality television series ‘American Juniors.’ She managed to place herself among the top 10 in the competition. Following this, the breakthrough moment of her career came in the year 2010. She portrayed the recurring role of Jo Taylor for 34 episodes of the musical series ‘Big Time Rush.’ Moreover, she has had numerous recurring roles in various television series. These include series like ‘No Ordinary Family,’ ‘The Secret Life of the American Teenager,’ and ‘Famous in Love.’

Apart from her acting career, she has also established her career as a singer. Katelyn Tarver landed her first extended play on 14 June 2011, and its title is ‘A Little More Free.’ Her most remarkable songs include ‘Tired Eyes,’ ‘What Do We Know Now, and ‘Weekend Millionaires.’

Katelyn Tarver is currently married to her husband, and his name is David Blaise. He is an American guitarist for the band called This Providence. He replaced the former guitarist Phil Cobrea in the band. She has not mentioned the exact date regarding their first meeting. But we do know that they dated for a couple of years before planning to marry each other. He finally decided to propose to her on 8 March 2014, and their engagement took place. The wedding bells rang for the two lovebirds on 19 July 2014, and they exchanged their wedding vows. The couple is currently living a happily married life together.

Katelyn Tarver is a popular actress and singer who has worked in the entertainment field for more than fifteen years. Throughout her professional career, she has accumulated massive popularity and has earned a good amount of money. As of the year 2021, she has an estimated net worth of $4 million.