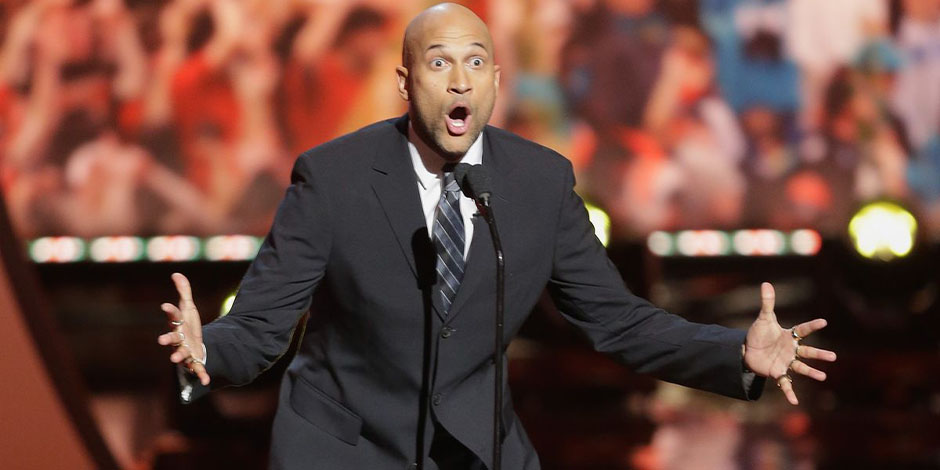 Happiness and Sorrow are the powerful emotions of a person. The surrounding in which we live triggers emotions. People have been more workaholics nowadays. That resulted in the need for some stimuli to spread happiness on their face. And we got many TV shows based on the comedy genre to spread smiles in front of people. Research says that it is easier to make a person cry than to make one cry. Everything on a script should be at the right amount to make one happy. And the performer has to work on many things to give a lively presentation.

Once a person asked a radio owner running comedy shows on his radio, how long could you take these shows ahead? And after a long time, the owner shared the experience with the crowd that it’s been more than ten years of spreading happiness. That’s the magic of comedy scripts. If they are accepted, the writer gets the high motivation to explore the mind furthermore. But if audiences reject a hand, either one has to try improvising all the hurdles or stop the show. There are tonnes of shows which have been canceled and vanished. And at the same time, there are lots of shows appreciated and cherished.

Likewise, Keegan Michael Key is also a performer who enjoyed and worked for more than nineteen years to spread happiness. He shared in an interview that he did sketch comedy for the past nineteen years before exploring the actors inside him. People know him for his performance in the “Mad TV,” “Key &Peele, “Hell Baby,” “Tomorrowland,” ” Playing with Fire,” “Afternoon Delight,” and many more. Keegan has a great hold on the script. He knows the perfect timing to punch a line. Keegan has a long journey to look at before fascinating on his stardom.

Carrie Herr gave birth to Keegan in Southfield, Michigan, on March 22, 1971. Keegan’s father’s name is Leroy McDuffie. He has two half brothers from his biological father. But he only knew about the siblings after their death.  The life of Keegan Michael Key took a different turn after a couple adopted him at an early age. Michael Key and Patricia Welsh were social workers from Detroit. His adoptive parents were also a black man and a white woman like his biological parents. 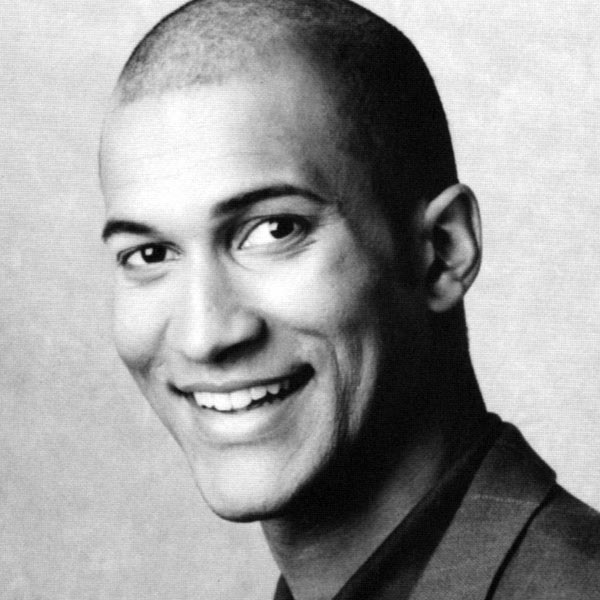 The onscreen career of Keegan Michael Key began from the ninth season of the TV show “Mad TV” in 2004. Keegan shared the screen with his best screen partner Jordan Peele from the same show. Their comedy chemistry boomed from the TV show. He is also very good with voice modulations. Keegan has been famous for impersonating celebrities. Snoop Dogg, Keith Richards, Tyler Perry, Matthew Lillard, and Bill Cosby are celebrities.

Likewise, Keegan Michael Key became part of another great project of his life. It became the identity of Keegan. It ‘was the sketch comedy show “Key &Peele.” He shared the screen with his best comedy pal Jordan Peele. It aired first on January 31, 2012. The show successfully ran for five seasons. It ended on September 9, 2015. There was an episode titling “Epic Rap Battles of History.” In the episode, peeled played the role of Martin Luther King and Keegan of Mahatma Gandhi.  The success of the episode made the duo return with another episode of “Muhammad Ali versus Michael Jordon.” President Barrack Obama introduced Keegan as Martin Luther King at the “White House Correspondents’ Dinner” in 2015.

Keegan Michael Key was also part of the Netflix series ” Friends of College.” His portrayal of the character Ethan Tumer created a lasting impression on the audience. He is also the founder of Planet Ant Theatre in Hamtramck, Michigan. Keegan has also hosted a program in Animal Planet titling “The Planet’s Funniest Animals.” He was also a host in “Big Saturday Night.”Keegan also appeared in ” Gary Unmarried” and “Hell Baby.” Keegan also hosted the famous science show “Brain Games” on National Geography Channel. He also hosted an online event to collect emergency funds for COVID-19 on May 14, 2020. He supported the Jazz Foundation of America through the event. 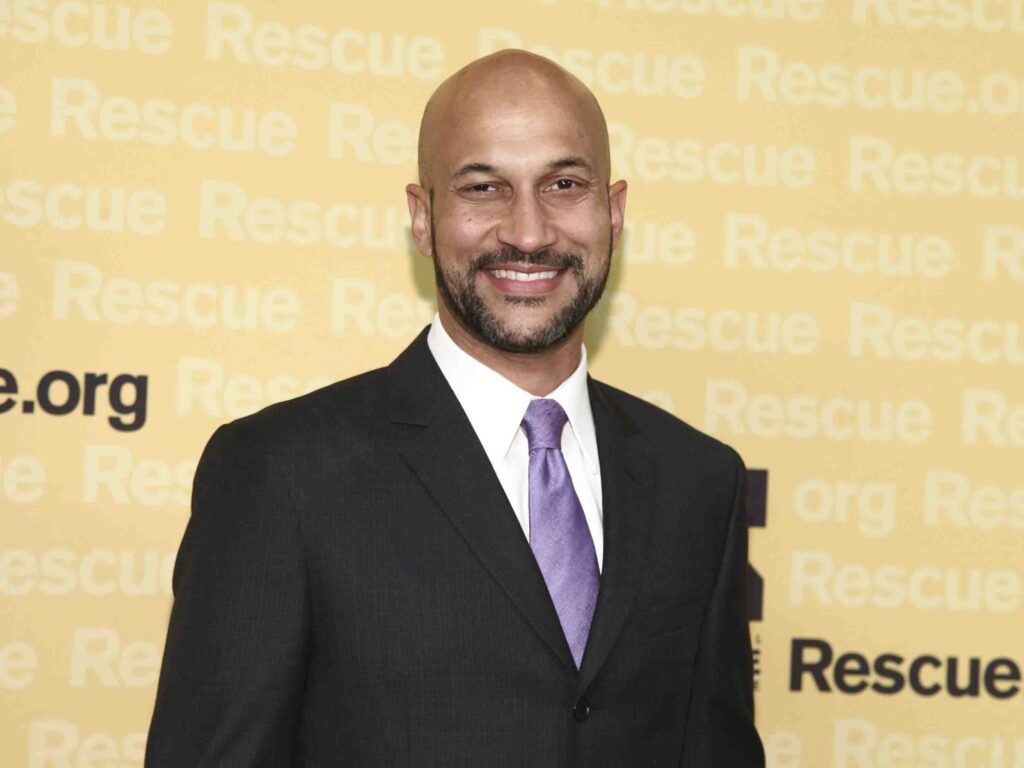 Keegan Michael Key was in a long married life. He married Cynthia Blaise, a dialect coach, and an actress, in 1998. They ended their marriage legally in November 2015. Keegan was the one to file a divorce case. Their marriage officially ended in 2017. But still, Keegan was optimistic about starting a new life with a new companion. Then, he married Elisa Pugliese on June 8, 2018. She is a producer and director.

Keegan Michael Key is quite active on social media platforms. He goes with the username of “@keyganmichaelkey“ on Instagram account with 886K followers and “@KeeganMKey” on Twitter with 688.4K followers. His Facebook page, “Keegan-Michael Key,” has 257K followers.

What is Keegan’s Net Worth?

Keegan Michael Key has been part of the industry for more than 15 years. He has shown a tremendous contribution to the comedy genre of TV shows. According to the evaluation of his projects and celebritynetworth.net, he has an approximate net worth of $12 million. 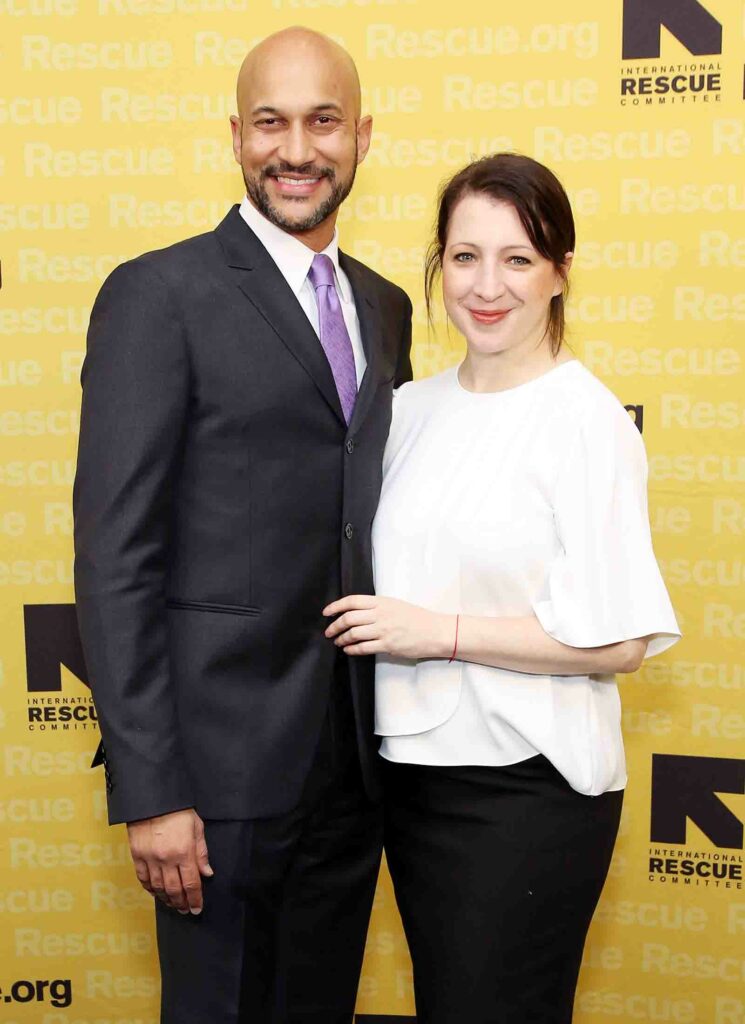 The nationality of Keegan is American. His ethnicity is African-American, Belgian Flemish, and Polish. His current age is 49 years. He has an attractive height of 6 feet 1 inch with a complimentary weight of 72 kgs.