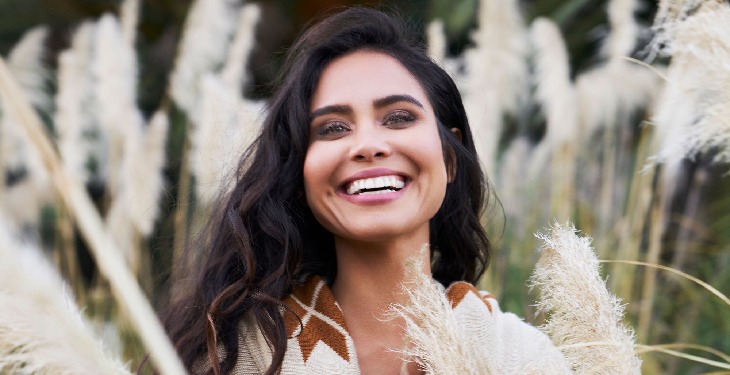 Kimberly Snyder is an American nutritionist and activist. She is well-known in the media today for promoting plant-based diet plans. In addition to this, she is also an author. Her books include numerous best-sellers like ‘The Beauty Detox Solution’ and ‘The Beauty Detox Power and Radical Beauty.’

Kimberly Snyder was born on 6 February somewhere in the United States of America. She has not shared the identity details of her parents and siblings at the moment. However, we do know that she was born and raised alongside her sister. In addition to this, we also know that her mother lost her battle with liver and colon cancer. She was under treatment at the East Coast Hospital but was unable to defeat cancer. Sadly, she left this world after staying married to her husband for over 40 years. This loss is what gave Kimberly enough strength to become what she is today.

Besides this, since her exact year of birth remains a mystery, we cannot determine her age at the moment. However, since she was born on 6 February, her zodiac sign is Aquarius.

Kimberly Snyder stands at the height of 5 feet and 6 inches (1.68m/168cm) tall, and she weighs around 49kg (110lbs). Besides this, she has not shared her exact body measurements at the moment. However, judging by her looks, we can tell that she has a slim body figure. In addition to this, she has a pair of beautiful brown eyes color with brown hair color.

Snyder has not revealed any information about her schooling years at the moment. However, for further studies, she studied at the Georgetown University and graduated from there. Moreover, she also studied at the American University of Complementary Medicine. She graduated with a degree in Ayurvedic Practitioner Program after studying for three years.

Kimberly Snyder is an author, nutritionist, activist, and also well-known speaker. She appeared on numerous shows and public events throughout her career. She also teaches people yoga, and she specializes in the Vinyasa form of yoga. Her books are mostly based on cooking or healthy living. Deepak Chopra, one of the most renowned authors, has also helped her with her books. Moreover, she also landed among the top nutritionists of the Vogue magazine. She previously worked under other celebrities like Kerry Washington and Fergie but later decided to begin her own lifestyle company.

She maintains her own website (www.shop.mysolluna.com), where people can visit and purchase health supplements and skincare products. Moreover, she also provides a lot of weight-loss courses along with yoga, meditation, and cooking. She is the founder of the company Solluna.

Beauty Detox is the name of Kimberly’s book. This book is available for purchase, and it has received mostly positive reviews. The book talks about how people can consume healthy foods which can help them maintain their body. In addition to this, she encourages people to eat light, avoid dairy products, consume plant protein items, and avoid gluten intake. She also states that people can maintain a healthy body without dieting. She tells how choosing the correct food can lead to a healthier lifestyle and better skin.

According to an interview with Nourish magazine, Kimberly mentioned her typical diet schedule. She stated that she likes beginning her morning with a glass of hot lemon water. In addition to this, she also took two SBO Probiotics and said that the first thing in her body is her glowing green smoothie. This consists of ingredients like banana, apple, pear, lemon, and lettuce; all blended to make a smoothie. After this, she likes consuming fruits or sprout wraps as her morning snack. Next, she likes having organic tempeh with a big salad for her lunch and a protein smoothie for later. Finally, for dinner, she likes to eat a high-fiber salad or mushrooms and veggies.

Kimberly Snyder is currently married to her husband, and his name is Jon Bier. He is an entrepreneur by profession and is California-based. Unfortunately, there is no information about how the two met or when they met. But we do know that they decided to tie their knots in the year 2012. They visited a lot of exciting places like India, Korea, and numerous African countries. Following their love-filled journey, the couple welcomed their son, and his name is Moses. Moreover, she also has another son named Emerson Bruce from her previous marriage.

Kimberly Snyder earns from her professional nutritionist, author, and activist career. As of the year 2021, she has an estimated net worth of around $5 million. She managed to amass this net worth from her books as well as her products.