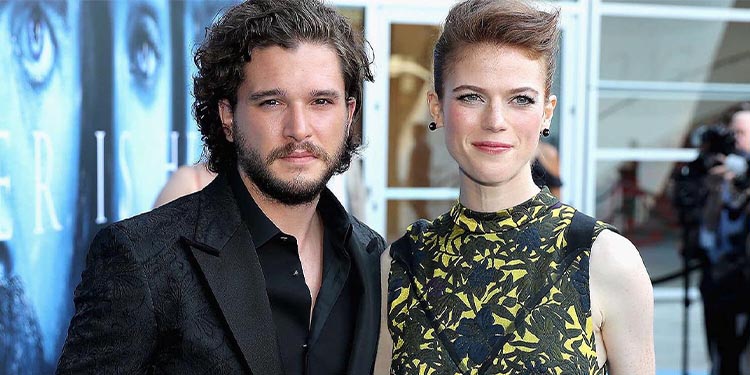 British television and film star Kit Harington, best known for his role as Jon Snow in the HBO epic drama Game of Thrones, has recently opened up about his suicidal tendencies and addiction problems.

Harrington, who got much acclaim for his role as Jon Snow for 8 seasons in Game of Thrones, has opened up about his struggle with mental health and alcoholism in an interview with The Sunday Times.

“Things that have happened to me since Thrones ended, and that were happening during Thrones, were of a pretty traumatic nature, and they did include alcohol,” said Harington, talking about his dark times. The actor also described seeking help from a treatment facility in Connecticut after going through “some pretty horrible stuff” following Games of Thrones’s conclusion in 2019.

GUILT AND SELF LOATHING

When asked if he had negative thoughts or felt suicidal in particular during such times, Harington replied, “I will give you an answer to that question: the answer is yes. Yes, of course. I went through periods of real depression where I wanted to do all sorts of things.”

Harington, who welcomed a baby boy last year with his wife and former Game of Thrones co-star Rose Leslie, talked about the stress his battle with addiction caused in his marital life.

“I kept them very, very quiet, and I was incredibly secretive and incredibly locked up with them. So they came as quite a surprise to the people around me,” said Kit.

OUT HERE TO HELP OTHERS

He says he shared these things about himself in hopes that his opening up about his battle with alcohol and depression will maybe help someone somewhere who is facing similar problems and not because he wants to be put on a pedestal because of his struggles.

“I definitely don’t want to be seen as a martyr or special. I’ve been through something; it’s my stuff. If it helps someone, that’s good.”, he added.

After joining the rehabilitation facility in Connecticut in 2019, Harrington has made much progress with his addictions and negativity and is now sober for two years, except for tobacco use. The program seemingly changed Harington’s perspective on life and gave him a better outlook on things, his life, and his family.

“One of my favorite things I learned recently is that the expression ‘a leopard doesn’t change its spots’ is completely false: that a leopard actually does change its spots. I think that’s the most beautiful thing. It really helped. That was something I kind of clung to; the idea that I could make this huge fundamental change in who I was and how I went about my life.”, he said, explaining how a person could change themselves if they realized that they weren’t on the right path.

Battling addiction is a challenge that people do not win easily. However, fighting yourself and your instincts to not do something that your body tells you to is a paradox that people without addiction can not understand, and Kit Harington and many others who have overcome themselves and won back a fresh start are worthy of applause.

FAME WITH GAME OF THRONES

Kit Harington got worldwide fame and acclaim for his role as Jon Snow in the HBO series Game of Thrones. During the eight seasons, the show earned him several accolades, including a Golden Globe Award nomination for Best Actor in 2019 and two Primetime Emmy Award nominations for Outstanding Supporting Actor in a Drama Series in 2016 and for being an Outstanding Lead Actor in 2019.