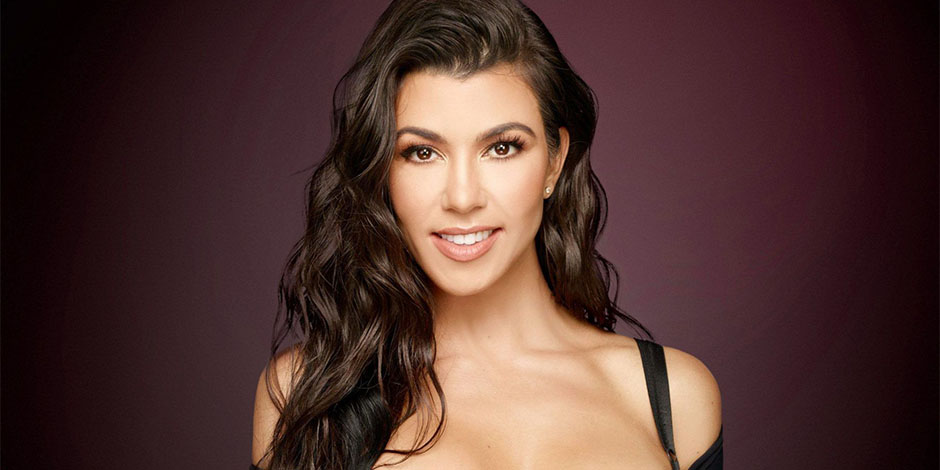 Kourtney Kardashian is a model/socialite/media personality who is based in America. She, along with her family, The Kardashians, are the lead cast of the television reality show “Keeping Up with the Kardashians.” She is also featured in its spin-offs “Kourtney and Khloe Take Miami” and “Kourtney and Kim Take New York.” Her social media presence has led her to endorse several products through her account. She is also involved in the fashion business.

She was born as Kourtney Mary Kardashian to Robert Kardashian and Kris Jenner on 18th April 1979 in Los Angeles. She has three biological siblings, all younger to her and six stepsiblings. Her father, Robert, was an attorney/businessman while her mother Kris is a television personality/entertainment manager. Her father was the defense lawyer for O.J Simpson during his murder trial. He was diagnosed with esophageal cancer and died in 2003. Her mother was then married to Bruce Jenner (Caitlyn Jenner now) but got a divorce in 2015 following her gender transition.

She completed her high school studies from Marymount High School, after which she attended Southern Methodist University for two years. She then moved to Tucson and graduated with a Theatre arts degree and a minor in Spanish from the University of Arizona. 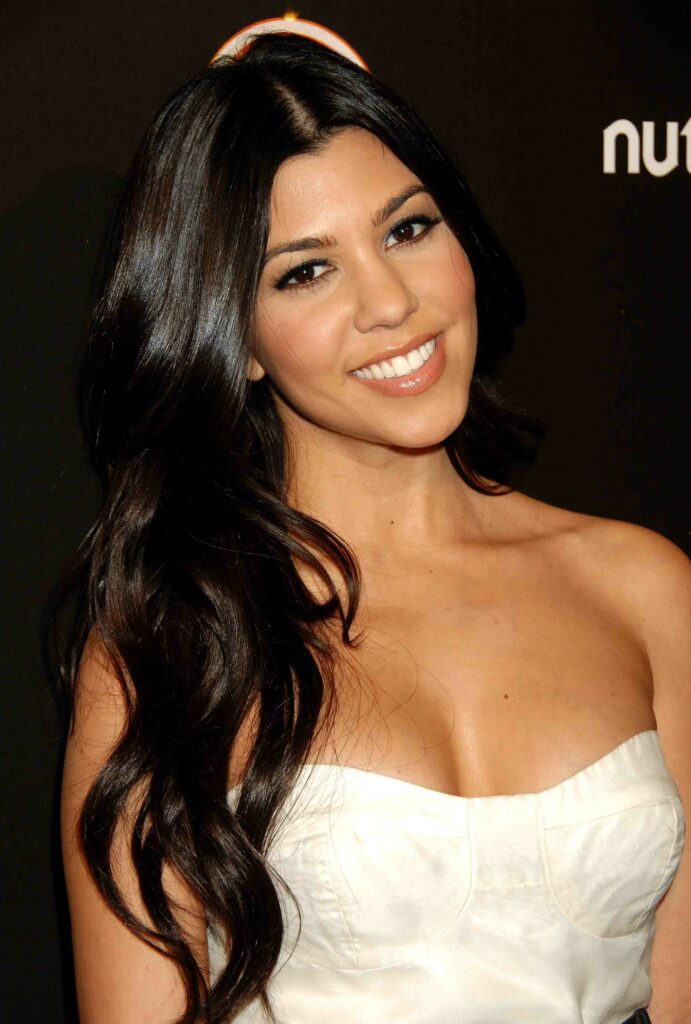 Kourtney Kardashian was first seen on television in the 2005 reality television show “Filthy Rich: Cattle Drive.” She has earned money for her charity work in the show. Her fame rose into new heights after the sex tape of her older sister Kim was leaked. The same year, The Kardashians family became the lead cast of the television reality show “Keeping Up with the Kardashians.” The show was a hit, which leads the broadcaster to release several spin-offs of the show, including “Kourtney and Khloe Take Miami,” “Kourtney and Kim Take New York,” and a few other spin-offs.

She is the co-owner of the Smooch boutiques, which she opened along with her mother and has shops in LA and New York City. She is also the co-owner and manager of the clothing boutique “D-A-S-H,” which has shops in LA, New York City, and Miami. She, along with her sisters, have also released clothing with Bebe and has also created a sunless tanner titled Kardashian Glamour Tan.

Kourtney Kardashian has also been featured as Kassandra Kavanaugh in 2011 soap-opera “One Life to Live” for an episode. She was always a fan of Soap Operas and had a dream of acting in it as she grew up watching them. Even though she received a negative response from critics, she felt her lifelong dream come true after being a part of the show.

She is also the co-author of Kardashian Konfidential, which she wrote along with her sisters. She is also the face for the skincare “PerfectSkin” by Perfect Science Labs developed by Dr. Ron DiSalvo. Along with her sisters, she has also developed a jewelry line for Virgin, Saints, and Angels. She had also released her solo fashion line in 2017. She released it by the collaboration with PrettyLittleThing. She has also released her website named Poosh in 2019. 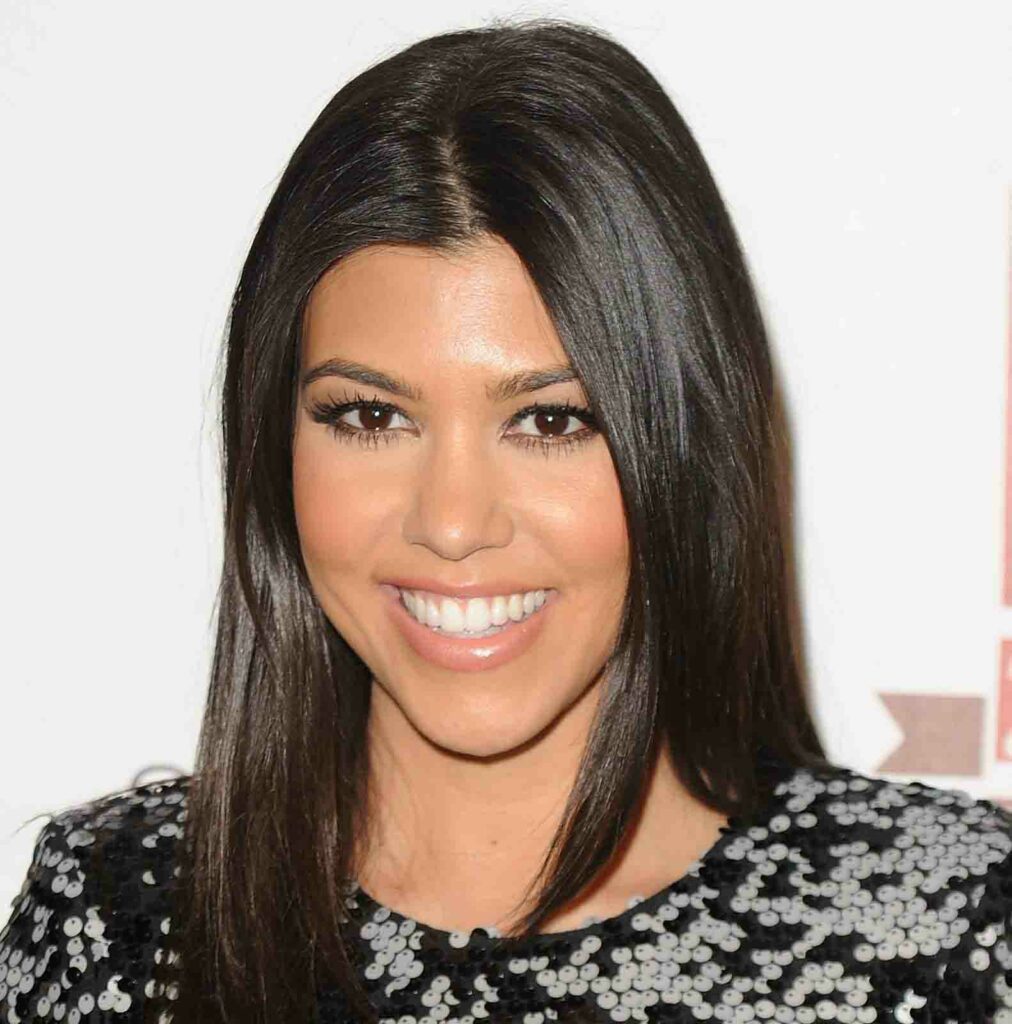 Kourtney Kardashian is nominated for Teen Choice Awards five times and has won it four times; in 2013, 2012, 2011, and 2010 for category “Choice TV: Female Reality/Variety Star.”

From 2006 to 2015, Kourtney Kardashian dated Scott Disick and has three children with him. Her relationship, pregnancies, and birth were all featured in “Keeping Up with Kardashians” and its spin-offs. Her relationship with Disick has had ups and downs and ultimately ended their relationship in 2015. Scott had an alcohol problem, which might be a reason for their breakup.

She is forty-one years old as of now and has the Zodiac sign, Aries. She belongs to White ethnicity. According to her mother, Kris, she has a charming personality and can be emotional sometimes. 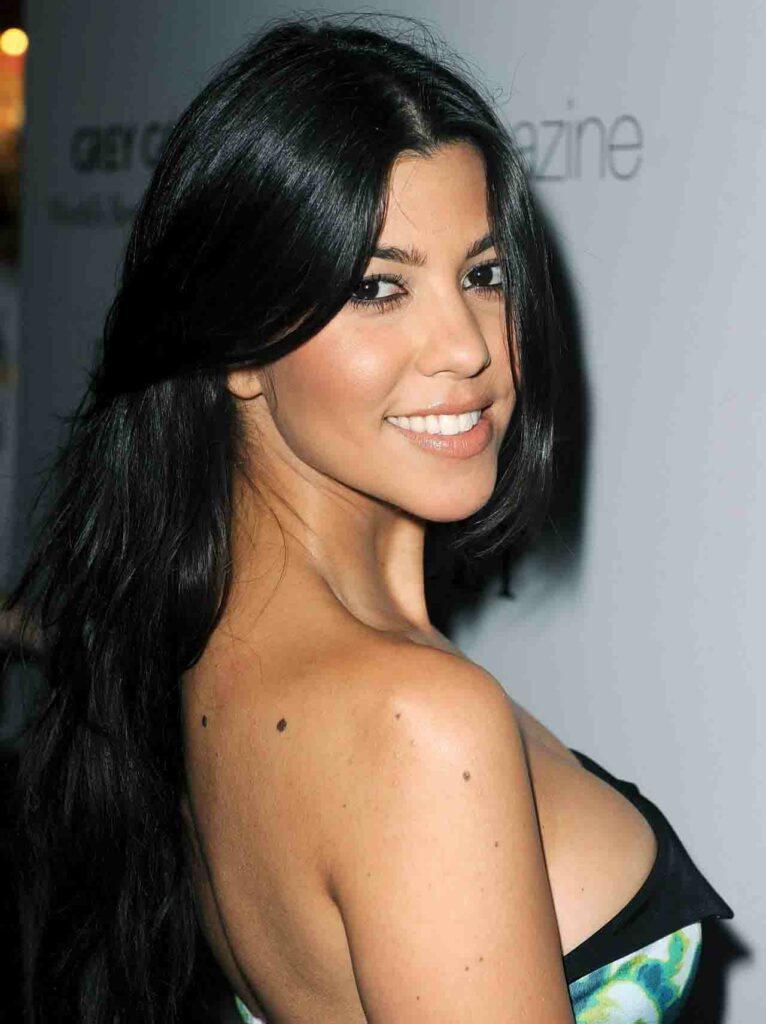 Kourtney Kardashian is 1.55 meters or five feet and an inch in height and weighs fifty kilograms.

According to celebritynetworth.com, Kourtney Kardashian has an estimated net worth of over $45 million. She endorses brands like Coca-Cola and a number of other fashion and cosmetic brands and charges from $70,000 to $300,000 per product.