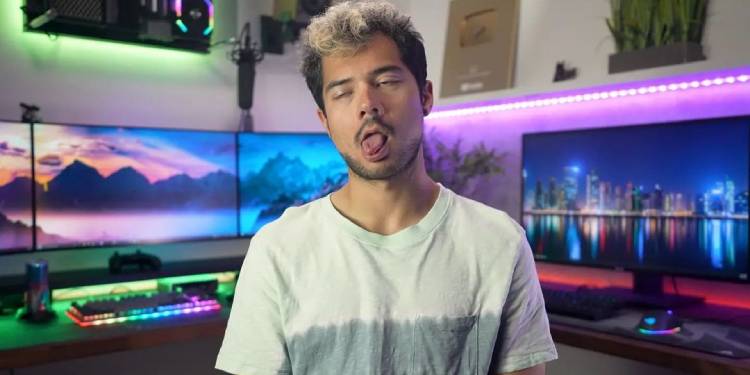 Talking more, Hansen’s audience often shows interest in his personal life affairs. Sadly, he has divorced his wife, Heather deCaussin, after five years of marriage. Though the breakup is a challenging situation for both of them, they have firmly moved on to their ways

This couple first met and were attracted by each other in 2010. After getting to know each other for five years, they tied a knot in 2015 and lived a blissful married life. However, things went off between Kyle and Heather in 2020 after living together for ten years.

They then decided to call off their wedding and split at the beginning of 2021. Moreover, this couple also took a break from the YouTube channel.

You might want to know the truth behind Aaron Sanchez and Ife Sanchez Mora’s divorce.

Fortunately, the gap only lasted for a couple of days, and Kyle returned to his flow, posting a new YouTube video on his channel on 25 January 2021. The title of this video was I’M BACK!!, where he cleared all the things that happened between him and his ex-wife.

In addition, he also showed his gratefulness, who supported him during his personal life affairs. He also clearly stated that now he’ll work hard for his upcoming bright future.

This divorced couple has both found a way to go with their daily life. Moreover, after Kyle’s divorce, he started his other YouTube channel named wrkhrs3, and he has been actively posting in that channel with good content.

You might want to know the truth behind Bruce Boxleitner and Melissa Gilbert’s divorce.

Likewise, Heather has also moved on with her life. Though she is not active online on the YouTube channel, we can say that she is living happily.

Now the solo journey of Kyle and Heather will be thrilling and exciting at the same time to watch. We wish them nothing but great success in their life.