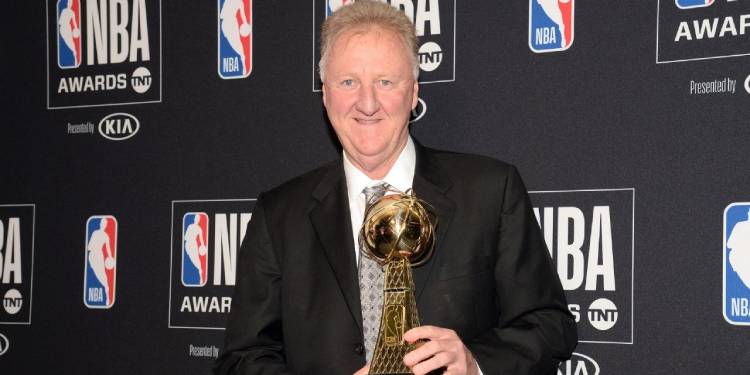 Larry Bird’s full name is Larry Joe Bird. He is an American former professional basketball player who used to play for the American professional basketball team, Boston Celtics. His debut performance came in the year 1979 and he played till the year 1992. After retiring as a professional player, he coached the players of Indiana Pacers from 1997 to 2000. He has had a very successful career in basketball. He has won three NBA championships and numerous other awards like three NBA All-Stars and two Finals MVP. He has also won the Coach of the Year award and an All-Star Game Head Coach award. He currently works as an executive in the National Basketball Association (NBA).

Larry Bird has married twice in his life and he has three offspring from his two marriages. They are all grown-ups and they lead their individual lives. Please stick with us to know more about his children and what they are doing now.

Corrie Bird is Bird’s eldest child and daughter. She was born in the year 1977 to her father Larry and to her mother Janet Condra. Janet is his first wife and they married back in the year 1975. According to numerous online sources, the two of them met during their high school years and were together ever since. However, their love story came to an unfortunate end as they parted ways before Corrie was born.

Talking about Corrie Bird, she worked as the manager for AP&S Clinic’s Family Medicine Department. She is also a married woman and her husband’s name is Trent Batson. They tied their knots on 17 May 2008 and have been together ever since. Further information about her personal life remains a mystery as she is a private person and she chooses to stay away from the limelight.

However, Corrie did steal the spotlight back in the year 1993. According to an article published by The Telegraph, Larry ignored her daughter’s request to attend festivities that took place at Boston Garden. Moreover, his ex-wife Janet also accused him of not being supportive as a father to their daughter at all.

You might want to check out the Details About Michael Jordan’s Kids.

Conner Bird and Mariah Bird are Larry’s two kids with his second wife, Dinah Mattingly. They married in the year 1989 and have been together ever since. However, Conner and Mariah are not their biological children but adopted children instead. The fans and the media have spotted Conner on numerous occasions in the audience watching his father’s game as a child. Needless to say, this rooted a deep desire in playing basketball himself at a young age. But he has garnered attention for a lot of wrong reasons.

According to a report by TMZ, the cops arrested Conner when he was 21 years old. They took him in for trying to hit his then-girlfriend with his car. She further stated that an argument broke out and he struck her with a cell phone on her wrist. Later that night, they planned on watching a game together but another fight broke and she chose to walk away on her own. This is when he chased her down in his car and attempted to hit her. This was not the only time when the cops arrested him. Back in the year 2011, they arrested him for underage drinking and disorderly conduct.

Mariah Bird has a completely different story as compared to her brother. She has a charming personality and she is a hard-working person. She studied and graduated with honours from Indiana University. She graduated with a degree in Tourism, Hospitality, and Event Management from the institution. Following the completion of her education, she enrolled with PS&E’s team as an intern. She was later able to secure a job as the team’s event coordinator. In addition to this, she has also been able to obtain her real estate license.