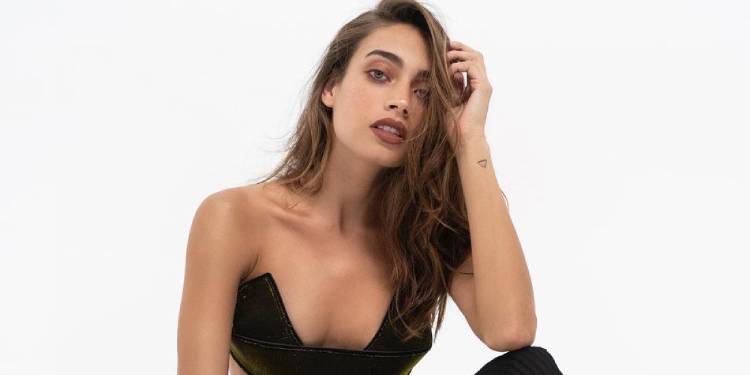 Laura Archbold, a Colombian actress, rose to fame due to her appearances on the Imposters television series.

What is Laura Archbold’s Age?

In Colombia, Laura Archbold was born on September 28, 1989. Her astrological sign is Libra, and she is 32 years old. She is a Colombian national. Her full name is Laura Valentina Archbold Rodriguez.

Her parents are Mara Matilde Rodriguez Jaimes and Rafael Archbold Joseph. Her brother’s name is Mateo Archbold Rodriguez. In addition, currently, we don’t know much about her family’s past. But she has good relationships with both her parents and siblings. However, since she rarely discusses her personal and family concerns in front of the broader public, she prefers to keep them private.

Her educational history and certifications are still unknown, which universities she attended. But given her age, Archbold had to have finished high school and college, ruling out the notion that she had left school early or decided against continuing her studies.

Laura Archbold is 62 kilograms and 5 feet 7 inches tall. Her other physical characteristics, like her chest, waist, hips, and bicep sizes, are still a secret. She also has brown hair and light green eyes.

Laura has been working as an actor and model in the entertainment industry since 2014. She earns a solid living from her profession. Archbold made her acting debut in 2014, the year. In the short video J. Balvin: Ay Vamos, she portrayed a simple woman. In addition, she gained considerable fame that year for her role as Celmira Lozano in the television series Beats of Love.

Likewise, after this, she appeared in other TV series, including Imposters (as Rosa / Sophia), La Nia (as Natalia Villamizar), and El Comandante (as Barbara Guerra). Additionally, she had a cameo as Amanda in the TV series Always a Witch.

In addition, she made an appearance in the movie Malcriados. She gained much recognition thanks to her role as Luna in the movie. She shared the screen with actors Victor Mallarino, Juan Pablo Barragan, and others in the movie.

In Imposters, Laura plays the role of Sophia/Rosa. Imposters is an American dark comedy. On February 7, 2017, the show’s 10-episode season premiered on the Bravo cable network. The series was first known and released as My So Called Wife.

The plot of Imposters surrounds Maddie having relationships with men and women before dumping them. Then, the adventure follows. Bravo renewed the program for a second season on April 17, 2017, and it premiered on April 5, 2018. However, on June 1, 2018, Bravo canceled the program after two seasons.

Laura and Diego Cadavid are in a committed relationship. Diego is a well-known Colombian actor. Both couples have shared adorable pictures of themselves and the other on their social media accounts. They also seem to be deeply in love with one another.

Regarding Diego, he previously wed Colombian beauty Carolina Guerra, in 2009. Then, in 2013, they divorced after their separation. However, there is currently no information available when going into her past.

Net Worth of Laura Archbold

We estimate Archbold’s net worth to be $500K, and her acting career is her main source of revenue, focusing on her earnings and income.

Laura is a prolific user of social media. On Instagram, she goes by the moniker @laurarchbold. She has published 1,092 times on her Instagram account thus far. She has 692K followers on it, which is similar.