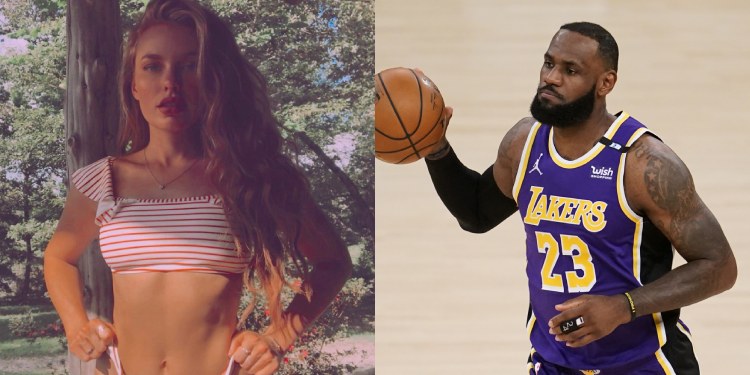 Heidi Hoback is an Instagram personality and model. She stole the spotlight when the basketball legend LeBron James direct messaged her on Instagram. The basketballer messaged her asking her to teach him how to hunt. However, she was unaware that he has a wife and three children. This message sparked a flame that spread across the internet like a wildfire. Please stick with us to know more about the conversation that took place.

What Happened Between LeBron James and Heidi Hoback?

The incident occurred back in the year 2017. LeBron James was having a tough season with the Cavaliers. On the other hand, his former teammate was enjoying the season with the Boston Celtics. This frustrated James and to make the situation even worse, he tangled himself in a scandal with Heidi Hoback. It is common for athletes to message a model but according to her, it was the craziest thing she ever saw. She stated, ‘Athletes slid in girls’ dms all the time so this isn’t the craziest part but sheesh…biggest buck I’ve ever seen over here.’ She posted a screenshot that she shared on Snapchat with the above caption.

In the screenshot, LeBron James approached her asking her to teach him how to hunt while he teaches her how to ball. This screenshot did not spare a second to go viral on the internet. Unfortunately, Heidi did not know that he is a married person as she did not follow him on social sites. At the time she shared the screenshot, she thought it was funny but the screenshot actually bit her back. People criticized her for using the word ‘buck’ on a basketball legend and also called her a racist. She shared another screenshot where she texted her a lot more than he did.

However, Heidi hid all of her messages with emojis but James replied to her asking where she was. Soon after the media bashed her for sharing the conversation with a married man and three kids, she uploaded a video where she explained herself.

In the 8-minute long video, she clarified the situation. She started by telling that she was having a normal day and she just returned from hunting when LeBron messaged her. She stated it was a wild encounter with a buck. She then mentioned how she felt that it was funny that he directly message her so she decided to share it on her Snapchat. She further states that she had no idea that he is a married guy with children. It is the main reason why she did not think it was a big deal.