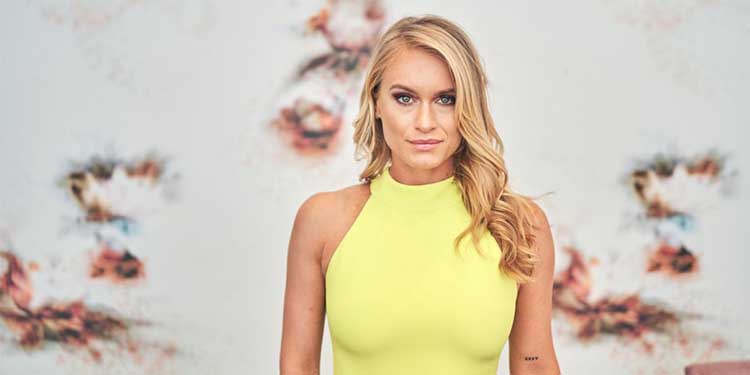 Who is Leven Rambin?

Leven Rambin is an American actress who is well-known for portraying the roles of look-alike characters of Lily Montgomery and Ava Benton in the 2004 American television soap opera, ‘All My Children’ where she has appeared for over 150 episodes in total. For the portrayal of this role, she was nominated twice by the Daytime Emmy awards and once by the Soap Opera Digest awards.

Another one of her most notable roles came in the year 2014 when she played the role of Cera in the short movie, ‘Dissonance’ for which she was awarded a Best Shorts Competition award for the Leading Actress. Likewise, she is also immensely popular for her roles as Riley Dawson in the 2008 American science fiction television series, ‘Terminator: The Sarah Connor Chronicles and the role of Sloan Riley in the American medical drama television series, ‘Grey’s Anatomy’.

Leven Rambin holds an American nationality and belongs to white ethnicity. She is a Christian and she practices Christianity as her religion. Besides this, she stands at a height of 5 feet and 6 inches (1.71m/171cms) tall and weighs around 62kgs (136lbs). Moreover, she has an hourglass-shaped body figure with a body measurement of 37-25-36 inches respectively. In addition to this, she has a pair of green-colored eyes with blonde hair color.

Leven Rambin studied and completed her schooling at the Houston School of Film and Theater and then at the Saint Francis Episcopal Day School located in Houston, Texas. For further studies, she studied at the Texas Tech University.

Leven Rambin gave her debut performance in the entertainment industry with the role of Missy Thaxton in the 2008 independent comedy movie, ‘Gigantic’. Following this role, she went on to play the role of Sarah in the short movie, ‘Babe’ and the role of Carla Evans in the American drama movie, ‘Case 219’ both in the year 2010.

Her most recent work came in the year 2020 when she appeared as Kara in the American action movie, ‘The Big Ugly’.  The movie was directed by Scott Wiper and starred Ron Perlman, Stephen Marcus, Mark Sussman, and many more. In addition to this, she is also set to appear in the upcoming American dystopian action science fiction horror movie, ‘The Forever Purge’.

Likewise, she has appeared for an episode each in series like ‘Lipstick Jungle’, ‘Good Morning Rabbit’ and ‘Private Practice’. Moreover, she has had recurring roles in series like ‘Terminator: The Sarah Connor Chronicles’, ‘Grey’s Anatomy’, ‘Wizards of Waverly Palace’, ‘CSI: Miami’, ‘One Tree Hill’ and ‘The Tomorrow People’. Her most recent work came in the year 2017 when she appeared with the recurring role of Chloe Jones in the American drama streaming television series, ‘The Path’ and with the role of Kit ‘Kick’ Lannigan as the main cast of the internationally co-produced police procedural crime drama television series, ‘Gone’.

Leven Rambin was nominated twice by the Daytime Emmy awards and once by the Soap Opera Digest award for her work as Lily Montgomery and Ava Benton in ‘All My Children’. Likewise, she was awarded the Best Shorts Competition award for the Leading Actress for her work in ‘Dissonance’ in the year 2016.

Leven Rambin was previously engaged to Geoffrey James Clark who is an American movie and television director and producer. After their separation, she was involved in a relationship and married Jim Parrack who is an American actor by profession. However, they separated after two years of togetherness and since then, she has been in a romantic relationship with Tilky Jones, an American singer, and actor.

Leven Rambin earns primarily through her professional acting career and as of the year 2021, she has an approximate net worth of $1 million.