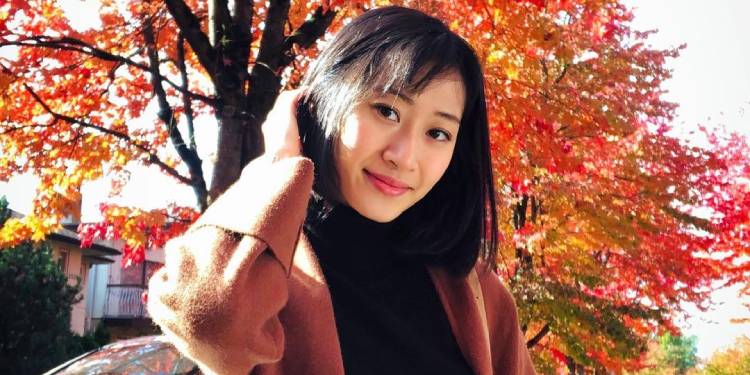 Linda Dong is a Canadian YouTuber and social media personality. She is popular through her YouTube channel, where she likes making her productions. Her channel consists mainly of comedy and fun content, and she also enjoys creating cover songs and videos. Please stick with us to know more about the YouTuber and the biography of her life.

Linda was born on 11 December 1992 in Vancouver, Canada. Unfortunately, she has not revealed the names of her parents to the public. However, we are aware that she used to play with her father’s camcorder when she was a child.

Since then, she has developed an interest in video recording and video making. Talking about her siblings, she has two sisters. Their names are Kelly Dong and Liselle Dong. Besides this, she is currently 28 years old with the zodiac sign of Sagittarius.

Linda Dong is a Canadian by nationality, and she belongs to mixed ethnicity. She descends from Chinese and Vietnamese ancestry through her parents’ side. Unfortunately, she has not revealed the details concerning her religion at the moment. Likewise, she has also not shared her educational background and qualifications with her fans. Because of this reason, we are unable to determine where she studied and completed her education.

Dong stands at 5 feet and 8 inches (1.73m/173cm) tall, and she weighs around 55kg (121lbs). Sadly, the details concerning her exact body measurements are currently unavailable. However, looking at her pictures, we can determine that she has a slim body figure. Furthermore, her eyes are dark brown, and her hair is also dark brown.

Linda is a very talented personality. She is a social media sensation, and she has a lot of followers on different social media platforms. She rose to prominence when she began making videos on YouTube. She started her journey on YouTube when she opened her channel (LeendaDProductions) on 17 November 2011.

However, she posted her first video on 3 September 2012, and the title of the video was ‘How Girls Pick Up Guys at the UBC Library.’ Sadly, this video is currently not available on her channel.

Likewise, she posted one of her most popular videos on 2 October 2014, and the video’s name is ‘My Boyfriend’s Hot Best Girl Friend.’ She has drawn a lot of attention through this video, and this single video has over 28 million views on it.

Linda loves creating short, funny as well as romantic videos on her channel with her friends. Furthermore, she has also worked with another famous YouTuber, Gina Darling. As of now, she has over 1.18 million subscribers on her YouTube channel.

In addition to this, Linda is also a famous TikTok star. She likes creating funny content and lip-syncing videos on the platform. She currently has over 17 million followers and over 708 million likes on her official TikTok account (@yoleendadong). While many people love watching her content and her hilarious acting, there have been many instances where people think that she tries to exaggerate her accent.

Despite this, she has a huge fan base who loves seeing her content and keeping up with her updates. Likewise, she is also an active Instagrammer. Her account (@leendadong) has over 1 million followers. Furthermore, she is also available on Twitter (@LeendaDong), where she has 10 thousand followers, but her Tweets are private.

Dong is most possibly single and not in a relationship with anyone at the moment. She is very secretive when it comes to talking about her love life. While she has created a lot of content with love, she has not spoken about her relationship status. Because of this reason, we are unable to determine further information about her dating history.

Net Worth of Linda Dong

Linda earns from her professional career as a content creator. She has millions of followers on her social media platforms, and she is a very creative person.

In addition, she has managed to garner a handsome amount of fortune for herself through her profession. As of 2021, she has an estimated net worth of around $1.5 million.