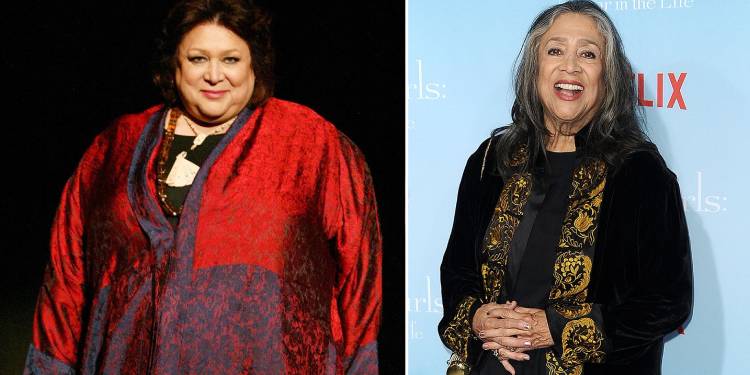 Liz Torres’ full name is Elizabeth Larrieu Torres. She is an actress, a singer as well as a comedian by profession. Born on 27 September 1947 and raised in The Bronx, New York, the United States of America, Liz has played a lot of notable roles throughout her acting career. She is well-known for portraying Mahalia Sanchez in the American sitcom, ‘The John Larroquette Show.’ For this role, the Primetime Emmy Awards and the Golden Globe Awards nominated her  Likewise, she has also landed a remarkable performance in the Outstanding Supporting Actress Award category.

Another reason why Liz Torres is famous in the media is for her work as Patricia “Miss Patty” LaCosta. She portrayed this role for 79 episodes of the American comedy, drama series, ‘Gilmore Girls’ for seven years from 2000 to 2007. In addition to this, she also played the role again in the miniseries adaptation of the series in 2016. Something interesting happened when she reappeared on the series which shocked the fans. Please stick with us to know more about what exactly happened that took the fans by surprise.

Liz Torres made an appearance as Miss Patty in the miniseries adaptation of ‘Gilmore Girls.’ When she reappeared in the show, fans were unable to recognize Miss Patty and many even thought that it was not Liz Torres playing the role but someone else. She shocked the audience by losing an impressive amount of weight. During her time with ‘Gilmore Girls’ back in 2000, she suffered a lot with her weight. She was heavy back then but she looked a lot lighter in 2016.

According to Liz herself, losing weight was very important for her as she mentions that she did not look nice in her clothes. In addition to this, in an interview with LA Times, she states that she looked like a “box” walking down the street before losing weight. While she was not kicking herself about it, she was not happy about it either.

Furthermore, Liz also mentions that growing with a heavy physique had a lot of negative effects on her career. She said, “When you gain weight, nobody looks at you. When I got heavier–and being Hispanic on television is limiting–I played a lot of maids. I would go on the set and people would not look at me. They also tend not to hear you. You have to make them focus on you. If I really want to be heard, I have that command but a lot of heavy women don’t. When I see someone heavy working on television I say, “Oh, God, go girl. You do it.” You know, it shouldn’t stop your life.”

Liz Torres has managed to work impressively well on her weight and this has also shown its results. She looks like a completely different person now than she was before. However, we do know one thing for sure and that is, she was beautiful back then and she is beautiful even now.