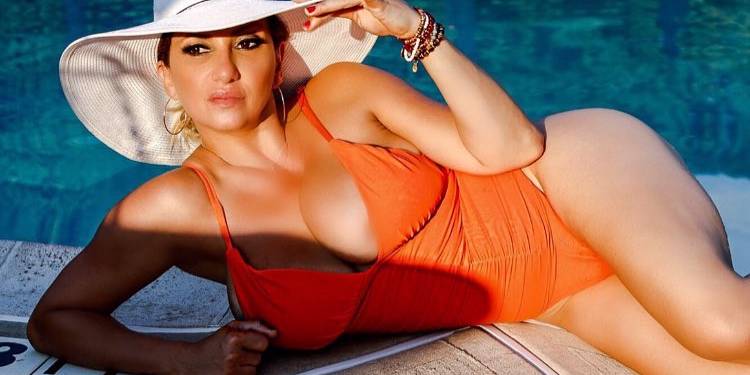 Love Majewski is a famous television personality and a makeup artist by profession. She rose to prominence after appearing in the reality television series ‘Mob Wives’ in 2013. She is also a licensed cosmetologist and a brow designer. Please stick with us to know more about the makeup artist and the details of her life.

Unfortunately, she lost her father in the year 1992. Another tragic incident happened in her life, and this time, the victim was her uncle, Adam Arias. He passed away at the bombing of the second World Trade Centre’s tower during the 911 terrorist attack.

Talking about her siblings, Love grew up alongside her sister, and her name is Joelle Majewski. She, too, has an interest in fashion and makeup. She is also working as a cosmetologist and a makeup artist, just like her sister. Furthermore, she is 49 years old and has the zodiac sign of Sagittarius.

Love Majewski holds an American nationality, and she belongs to mixed ethnicity. She descends from Puerto Rican and Polish ancestry through her parents’ side. Apart from this, she has not shared the details about her religious views and identity at the moment.

Love Majewski has not publicly talked about her height, weight, and body measurements at the moment. However, judging by her looks, we can tell that she has a well-maintained body figure. In addition to this, she has a pair of dark brown eyes color with blonde hair color.

Furthermore, her last on-screen appearance came when she played the role of a crazy woman in the comedy series ‘Frenchie Comes to America.’ Apart from her acting career, Love has also worked as a makeup artist. In addition, she helped in the makeup department for two episodes of the television series ‘I Married a Mobster.’

Furthermore, she is also the founder and owner of the makeup line called Veritas Cosmetics. She founded the company in 2012. However, there is no further information about her cosmetics at the moment. But we do know that she worked for another company called 1Love LLC as a certified cosmetologist.

Love Majewski is currently single and not in a relationship with anyone at the moment. However, she has had a lot of romances earlier in her life. She was initially in a relationship with her ex-boyfriend, and his name is Chris Paciello. Their affair began at a young age, and the two were head over heels for each other. However, their love came to an end when the court convicted him of murder.

Following this, Love began dating one of the biggest car thieves on Staten Island, Ray Merolle. They dated for some time and were also planning on tying their knots soon.

However, their relationship took an unfortunate turn when she caught him red-handed with another woman. This angered her, and she even hit a waitress in the face. Moreover, she also tried shooting her fiance and the woman numerous times. Unfortunately, nothing good came out of her anger, and the police arrested her instead.

Love’s last known relationship was with her ex-boyfriend named Joey Brand in the year 2017. However, it seems as if their relationship has already ended as there are no updates on their relationship. She used to have a lot of pictures with him on her Instagram, but none of them are available now.

Net Worth of Love Majewski

Love Majewski makes her money through her professional career as a television personality. However, she also earns a handsome amount of fortune through her career as a cosmetologist.

However, she has not shared the details concerning her earnings at the moment. But we are aware of the fact that her net worth lies somewhere around $150,000.