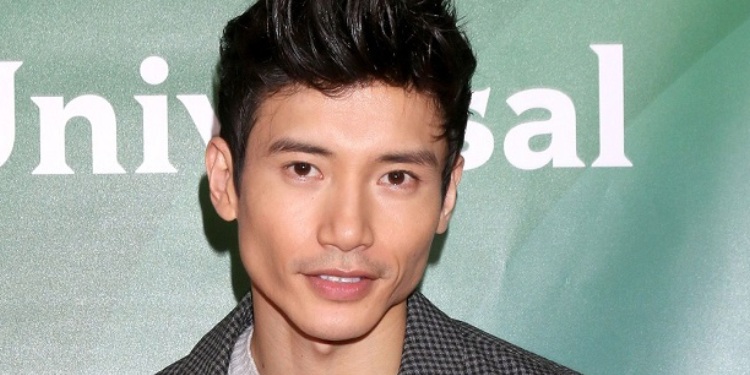 Manny Jacinto, a renowned Filipino-Canadian actor, and became the star of the entertainment industry by portraying the role of Jason Mendoza/Jianyu Li on the NBC sitcom ‘The Good Place’ from 2106-2020. He has also emerged in neo-noir thriller films as the character Waring ‘Wade’ Espiritu in ‘Bad Times at the EI Royale’ and the upcoming movie ‘Top Gun: Maverick’ as Fritz in 2021.

Manny Jacinto was born on August 19, 1987, in Manila, Philippines, turning 34 this year, 2021. He got raised in Richmond, British Columbia holding Canadian-Filipino nationality. He is recently residence in Los Angeles.His real name is Manuel Luis Jacinto. His sun sign is Leo. His family immigrated from 1990 to Canada from the Philippines when Manny was just three years old.

He attended a boys’ catholic high school, Vancouver College. He graduated from the University of British Columbia, where he studied Civil engineering and gained his bachelor’s degree in the prior subject. The information regarding his family and siblings is not disclosed yet.

It’s not easy to step into the entertainment industry without any prior background in acting. He started his career by realizing he is not interested in engineering and his immense love for acting and dancing, so he started partaking in a Hip-Hop dance competition. Then emerged in the Television industry, playing or portraying different small roles like the series Supernatural, Zombie, The 100, and Once Upon a time.

And by growing times, he gained more offers and huge fame in the industry. He got nominated for supporting performance in the series where he played Wing Lei crime boss ‘The Romeo Section and won a Leo Award in 2016. He got cast in bog screens and became one of the most trending men in Hollywood, appearing in movies named Paper Angels as Jamie Lang, The only Human as Kevin, Rush, Peelers, Roadie, The Good Doctor, Bad Times at the RI Royale, bringing him to the media spotlight.

Manny has done photoshoots; one of the favorites is ‘NATHANIELWOOD.’ In 2016, he played in the movie Top gun sequel, Top Gun: Maverick, starring Tom Cruise. He has worked as a runway model for Ark and Hardihood clothing brands. He appeared in many acting workshops at the Actor’s Foundry in Vancouver. He got awarded first place at the Artist Emerge National Street Dance Competition in 2012 in Edmonton for his amazing dance. He took part in the Hip-Hop International World Championships in 2013 at Las Vegas, NV, and gained 10th place.

Manny Jacinto’s fiancée, Dianne Doan, born on September 8, 1990, is a Canadian actress who played Lonnie’s role in the Disney Channel Original Movies Descendants and Descendants 2.She was born in Vietnam and raised in Abbotsford, British Columbia. Her grandmother is of Chinese descent.

Her ethnicity is Asian. She has been engaged with her longtime boyfriend Manny, star of ‘The good place’ in 2019. Jacinto took Doan to five different special places (dates) that indicate their relationship. And on the last dates, he proposed to her in front of their families and close friends, got engaged.

Manny is an actor and model. He gained a lot of wealth from his acting career. His monthly salary from movies and TV series is said to be $100 thousand. His net worth is estimated to be approx USD 2 million.