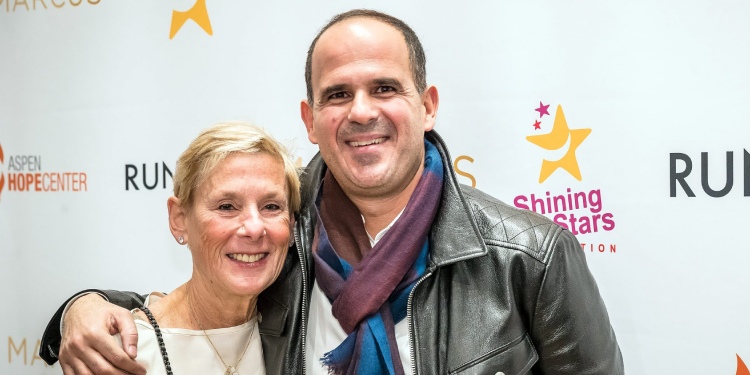 Marcus Lemonis, a Lebanese-American businessman, television personality, philanthropist, and politician. Recently he is the chairman and CEO of ‘the Camping World, Inc.,’ an American organization for selling recreational vehicles, motor parts and motor service, Good Sam Enterprises, Gander Outdoors, and The House Boardshop and anchor of the American reality television show named ‘The profit.’

Marcus Lemonis was born in war-torn Beirut, Lebanon, on November 16, 1973, turning 48 this year, 2021. His full name is Marcus Anthony Lemnos. His sun sign is Scorpio. He was born in Lebanon but raised in Florida, holding an American nationality. His biological parents were Abdallel and Nadia. He got left at the orphanage for four days after his birth. He got adopted by a Greek family after losing his biological family at the time of civil war and foreign invasion. His adoptive mother named Sophia Lemonis, and his father named Leo Lemonis, lived in Miami, Florida, during adoption.

In 1995, Marcus Lemonis studied at Marquette University in Milwaukee and gained his bachelor’s degree in major with political science and a minor in criminology.

Marcus Lemonis’s height is about 6ft. 0 inches or 183 cm weighing 100kg. He has black eyes and black hair.

Marcus Lemonis is positively active on social media networking platforms. He has over 1.3 million followers on Instagram and 587k followers on Twitter.

Growing up in the family, Marcus Lemonis has seen a lot in the automotive industry because his grandfather was the two largest Chevrolet dealerships in the United States. His adoptive family was friends with Lee Iacocca, who becomes his mentor later. After his graduation, he tried to step into politics, trying to earn a seat in the Florida House of Representatives. He got countersigned by the Miami Herald, but he loses to Bruno Barreiro, and then he went back to focusing on the automotive industry. When Marcus was working for his grandfather’s automobile dealers in South Florida, obtained by AutoNation, he consulted with Lee Iacocca about his dream of forming the largest RV chain and helped him pursue it.

You might also want to check out Bill Ackman.

From 2001 to 2003, Lee helped Marcus in the Holiday RV superstores setup, made his own Freedom Roads company, and gained RV dealerships. Later the company collaborated with Camping World in 2006 and 2011 with Good Sam Enterprises. After that, Marcus joined hands with NASCAR and publicized driver John Andretti as the CEO of Camping World. He then took over the sponsorship of the NASCAR East series, as revealed by the side of the Camping world.

Despise the business of automobiles, Marcus appeared in the reality television show titled ‘The Profit,’ in which he provides help in growing the small companies and the funds required for the business by taking a part of the business. A company like Rose’s Bakery and Wheat Free Café, which were on edge to closing on the eve of Christmas 2012, peaked up high success are the major examples. He ventured about US$200,00 to be the majority owner of the business, which he helped to grow.

You might also want to check out Roberta Raffel.

Marcus Lemonis’s wife, Roberta ‘Bobbi’ Raffel, an American businesswoman and entrepreneur. Marcus got wedded to Roberta ‘Bobbi’ Raffel in 2018. They met at the COTERIE trade show in 2016 and have started dating since then. The couple recently resides at Lake Forest, Illinois. Although this was his second marriage, his first marriage was with Ila Penfold in 2003, and they separated in 2017. A year after getting divorced, Marcus married Roberta. She is a mother of two children’s a son and a daughter from her former partner, but there is no reveal of her partner’s name. The couples have no children of their own, though.

Marcus Lemonis’s majorly earnings come from his business. His net worth would be approx—$ 900 million as of 2021. And Marcus contains the equivalent of about 35.1 million shares and controls 52% of the Camping World’s votes by supervoting stock.
For more exciting news and updates about your favorite Celebrity, please stay connected with us here at Celebsgraphy.