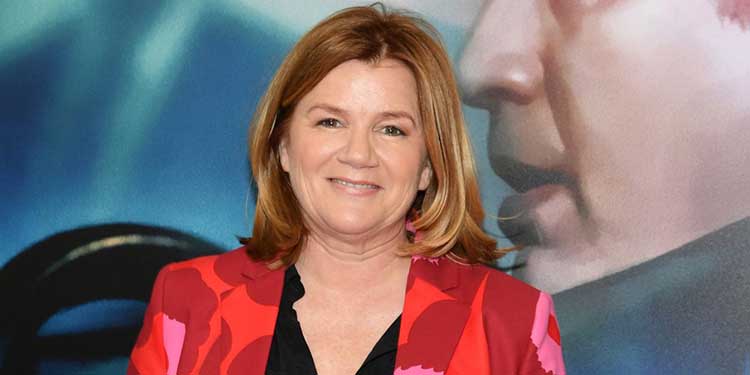 Mare Winningham is an American actress who is well-known for the portrayal of the role of Lurleen Wallace in the 1997 biographical two-part miniseries, ‘George Wallace’. Another one of her most notable roles came in the year 1980 when she starred in the movie, ‘Amber Waves. For these works, she was awarded two Primetime Emmy Awards. Likewise, she has been nominated once by the Academy awards, once by the Golden Globe awards, seven times by the Primetime Emmy Awards, and twice by the Screen Actors Guild awards in her career as a professional actress.

Mare Winningham’s full name is Mary Megan Winningham. She was born on 16 May 1959 in Phoenix, Arizona, the United States to a mother whose name is Marilyn Jean Maloney, and to her father whose name is Sam Neal Winningham. Her mother used to teach English and counsel at the Monroe High School and her father is a former professional football player and a coach. She was born and raised alongside three brothers and a sister in Northridge, California by her parents. Besides this, she is currently 61 years old with the zodiac sign of Taurus.

Mare Winningham holds an American nationality and belongs to white ethnicity. She was raised as a Roman Catholic by her parents but as she grew up, she converted her religion to Judaism. She is currently Jewish. Besides this, she stands at a height of 5 feet and 6 inches (1.68m/168cms) tall and weighs around 64kgs (141lbs). In addition to this, she has a slim body figure with a pair of brown-colored eyes and brown-colored hair.

Mare Winningham gave her debut performance in the entertainment industry with the role of Moderna Dandrige in the 1980 feature movie, ‘One Trick Pony’. Following this role, she went on to play the role of Carol Severance in the 1981 Canadian drama science fiction movie, ‘Threshold’, the role of Wendy Beamish in the 1985 American coming of age movie, ‘Saint Elmo’s Fire’ and the role of Pat in the 1986 comedy movie, ‘Nobody’s Fool’.

Likewise, she has also appeared in movies like ‘Shy People’, ‘Made in Heaven’, ‘Turner and Hooch’, ‘Sexual Healing’, ‘Bad Day on the Block’, ‘The Adventures of Ocoee Nash’, ‘Dandelion’, ‘War Eagle, Arkansas’, ‘Mirror Mirror’, ‘Philomena’ and ‘Geostorm’. Moreover, she also played the role of Janice in the 2018 American drama fiction movie, ‘O.G.’, the role of Polina in the 2018 American historical drama movie, ‘The Seagull’, and the role of Darlene Kiger in the American legal thriller movie, ‘Dark Waters’.

Her most recent work came in the year 2020 when she portrayed the role of Jane in the American Western drama movie, ‘News of the World’. In addition to this, she is also set to appear in the upcoming movie, ‘All My Puny Sorrows’.

Mare Winningham gave her debut performance on television with the role of Wanda for an episode of the American drama television series, ‘James at 15’. Likewise, she has appeared for an episode each in series like ‘Police Woman’ (1978), ‘Starsky and Hutch’ (1979), ‘ABC Afterschool Special’ (1985), ‘Law and Order: Special Victims Unit’ (2003), ‘Crime Scene Investigation: New York’ (2009) and ‘American Horror Story: Cult’ (2017).

Furthermore, she has also appeared as Cherry Lockhart for 14 episodes in the American television drama series, ‘The Affair’ and as Hazel Evers for 11 episodes of the horror anthology television series, ‘American Horror Story: Hotel’. Her most recent work came in the year 2020 when she portrayed the role of Jeannie Anderson for 10 episodes of the American psychological thriller-horror crime drama television series, ‘The Outsider’. The show was directed by Martin Zandvliet and starred Emile Hirsch, Min Tanaka, Shioli Kutsuna, Rory Cochrane, and many more.

Mare Winningham was married and divorced thrice in her life. She was previously married to Adolfo Larrue Martinez 3 who is an American actor and singer. After separating from him, she was married to William Mapel who is a technical advisor. They were blessed with five children but they separated in the year 1994. Later, she married and divorced Jason Trucco who is an artist. She is currently in a relationship with Anthony Edwards who is an American actor and a director by profession.

What is Mare Winningham’s Net Worth?

Mare Winningham earns mostly from her professional acting career and as of the year 2021, she has an approximate net worth of $1.5 million.