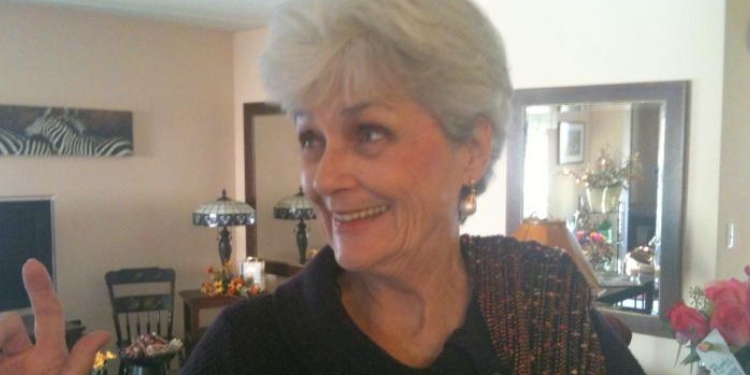 Marge Cooney is a popular name in the entertainment industry, despite not being a showbiz celebrity. Cooney rose to prominence as the ex-wife of Phil Donahue, an American media personality, journalist, s well as a film producer.

Marge Cooney was born in the United States of America (USA) in West Orange, Margie. She resided in Chatham, NJ, and Boca Raton, FL, for 30 years of her life. She has spent 57 years of her life as a summer resident of Sea Girt. Marge was of white ethnicity and American nationality.

All her life, she didn’t reveal information about her parents or family members or even her early childhood. However, if we get lucky enough to find any details, we will update our readers as soon as possible here at celebsgraphy.

Marge Cooney died at Brandywine at Wall on Friday, February 2, 2018. Her children and extended family were present.

She was also a member of Sea Girt’s St. Mark’s Church. Besides, she had been a member of the Spring Lake Golf Club for years. She was also a St. Joan of Arc Church member in Boca Raton, FL, and a community volunteer.

Marge Cooney had been divorced for a long time. However, the former couple’s romance began when she met Phil. The two had been college sweethearts for a long time. When Marge was a student at Marquette University, they met for the first time at Notre Dame. Soon after, the couple started spending quality time together.

You might want to check out Dorothy Jo Gideon.

Marge married Phil after graduating in 1957. Marge and husband Phil Donahue married on February 1, 1958, after a year of engagement, in a small ceremony in the presence of their nearest friends, families, and relatives.

During their marriage, the pair had four children. Their names are Michael Donahue, Kevin Donahue, James Donahue, and Mary Rose Donahue, born in 1959, 1960, 1963, and 1965. As husband and wife, they remained together for 16 years. In the year 1975, Marge divorced Phil.

Marge relocated to Albuquerque, New Mexico’s largest city after separation, and Donahue got custody of their four children.

Who is Phil Donahue?

Marge Cooney’s ex-husband, Phil Donahue, is a television host in the United States and the founder of “The Phil Donahue Show,”  which is also one of the first talk shows in which the public is invited to participate. In addition, he is a screenwriter and film producer. Since 1996, he has been listed in the top 50 TV Guide’s 50 Greatest TV Stars of All Time for his talk show.

Phil Donahue was born on the 21st of December, 1935, in Cleveland, Ohio, United States of America (USA). In terms of his education, he graduated from Cleveland’s St. Edward High School. In 1957, he earned a bachelor’s degree in business administration from Notre Dame, located in South Bend, Indiana.

Phil Donahue is married to Marlo Thomas, an American actress. They married on May 21, 1980, and now live in Manhattan, New York. Thomas celebrated her 40th wedding anniversary with her husband, Phil, on May 15, 2020, by sharing a caked picture on her official Instagram account.

Marge Cooney has only recently gained media attention as a celebrity wife. However, there are no specifics about her personal life, so we can’t estimate her net worth. On the other hand, Marge’s ex-husband Phil Donahue is estimated to be worth 150 million dollars. He also earns a yearly income of 20 million dollars.