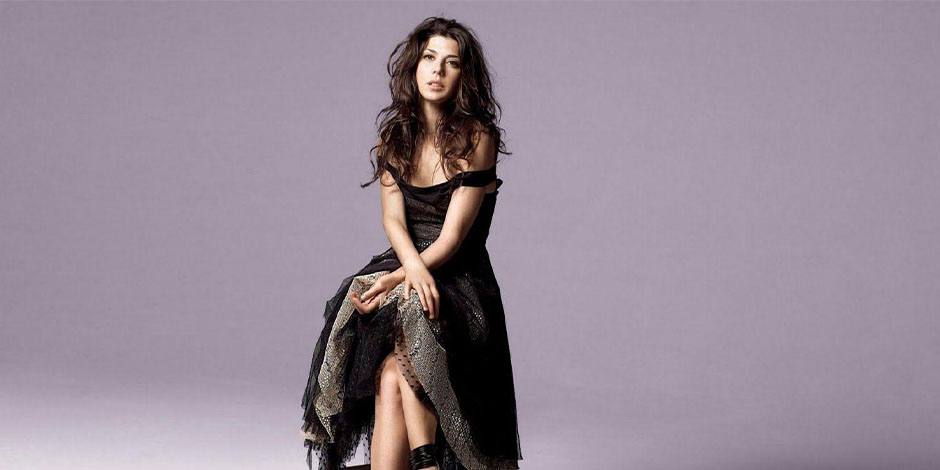 Marisa Tomei; Academy Award winner for her role in My Cousin Vinny, widely known as Aunt May from the Marvel Comic Universe films is an actress based on America. The 55-year veteran actress started her career from A Different World and now has over 60 movies, over 15 Television Series, and almost 15 theatre act in her name. Tomei usually portrays the character of a carefree young woman with a complex personality or characters who are going through emotionally challenging relations.

Daughter to Father Gary A. Tomei; a lawyer and Mother Adelaide; an English Teacher, Marisa Tomei was born in Brooklyn on 4th December 1964. She is the eldest of two children. Raised partly by her paternal grandparents mostly grew up in the Midwood neighborhood. It was there she became attracted to acting after watching Theater Shows with her parents, who were big-time Theater lovers. Tomei completed her high school in 1982 from Edward R. Murrow High School and attended Boston University for about a year.

When she was in junior high, she took the role of Hedy LaRue in her school drama “How to Succeed in Business Without Really Trying”. Tomei is of Italian descent. Her younger brother Adam Tomei is also an actor.

Marisa Tomei started her acting career with the first season of 1986 sitcom A Different World as Maggie Lauten. Her first appearance in the movie was as a waitress, Mandy in the 1984 film The Flamingo Kid. She debuted as a theatre artist in the play Daughters at the age of 22 where she played the role of Cetta. This appearance won her a Theatre Award and a series of positive reviews. 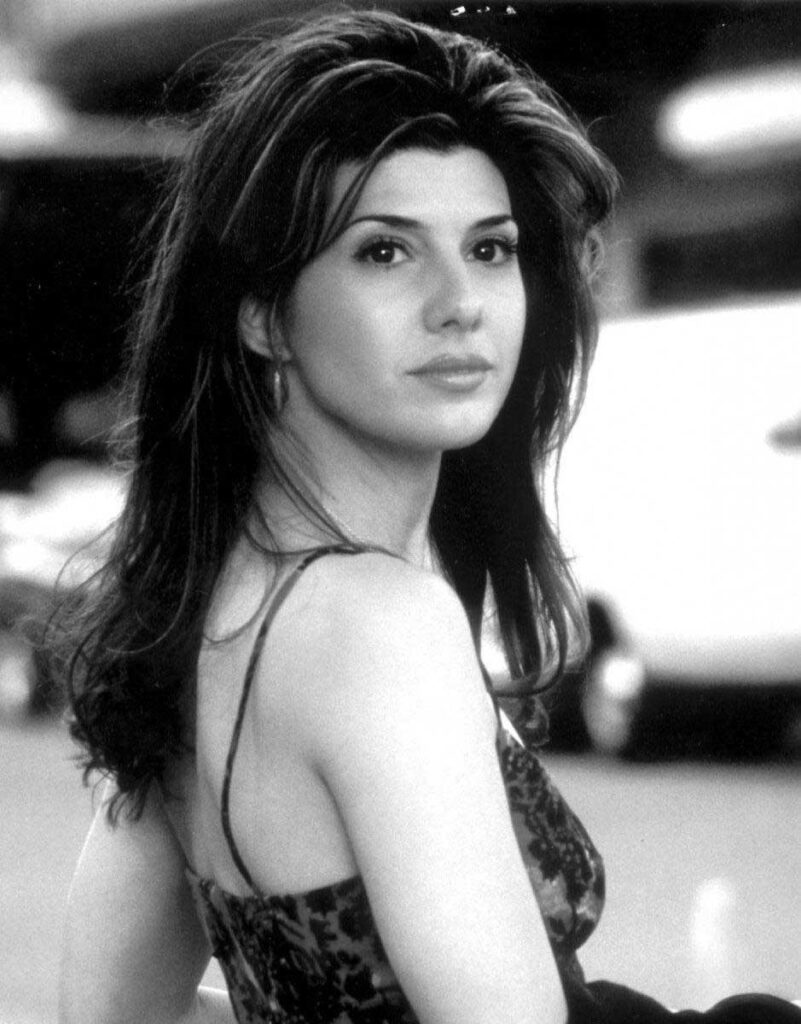 After doing roles in a few movies, Marisa Tomei made her breakthrough in the 1992 film My Cousin Vinny as Mona Lisa Vito. For her performance in the film, she won an Academy Award as the Best Supporting Actress in 1993 OSCARS. A controversy/myth was created by critic Rex Reed citing she won the award as Jack Palance read out the wrong name. The statement was later disproved.

Her next commercial success was What Women Want after which she starred as a supporting role in Someone Like You. She then appeared in Todd Field’s 2001 movie In the Bedroom which won her several awards including a Golden Globe Award and her second OSCARS nomination. She took up the role of Alexandra “Lexi” Hamilton in The Guru and also did the voice-over for the Bree Blackburn in the animated film The Wild Thornberrys Movie.

Tomei starred as Linda in the 2003 movie Anger Management; one of her most significant box office success, grossing over $195 million. She then featured in Alfie, a Hanes ad-campaign, Rescue Me, Wild Hogs; which grossed over $168 million, Before Devil Knows You’re Dead. She was then featured in Darren Aronofsky’s directed movie The Wrestler as a struggling stripper; a film that earned her several prestigious award nominations.

Marisa Tomei went on working in Cyrus; a comedy-drama, Salvation Boulevard, “Crazy, Stupid, Love”, The Ides of March, Who Do You Think You Are? And The First Purge. From 2016 she took up the role of Aunt May appearing in the MCU movies Captain America: Civil War, Spider-Man: Homecoming, Avengers: Endgame, and Spider-Man: Far from Home.

Apart from movies, Tomei has appeared in a number of Theatre acts including What the Butler Saw, Slavs!, Top Girls, and The Rose Tattoo.

In her career span of over 37 years, the veteran actress has been nominated in almost 47 award functions including 3 Academy Awards. She has won 19 awards for her performance in different movies including An Academy Award for My Cousin Vinny in the Best Supporting Actress category and a Theatre World Award for Daughters in the Outstanding Debut on Stage category.

Marisa Tomei was in a relationship with actor Logan Marshall-Green from 2008-2012. Tomei said, “I’m not that big fan of marriage as an institution, and I don’t know why women need to have children to be seen as complete human beings” in an interview in 2009. In John Willis’ Screen World, Vol 43 Tomei was listed as one of the twelve “Promising New Actors in 1991”. She has engraved a tattoo of the Egyptian Eye of Ra on her right foot. Tomei holds the citizenship of both Italy and The United States. She was also listed in People’s Magazine’s list of “One of the most Beautiful People” in 2009. 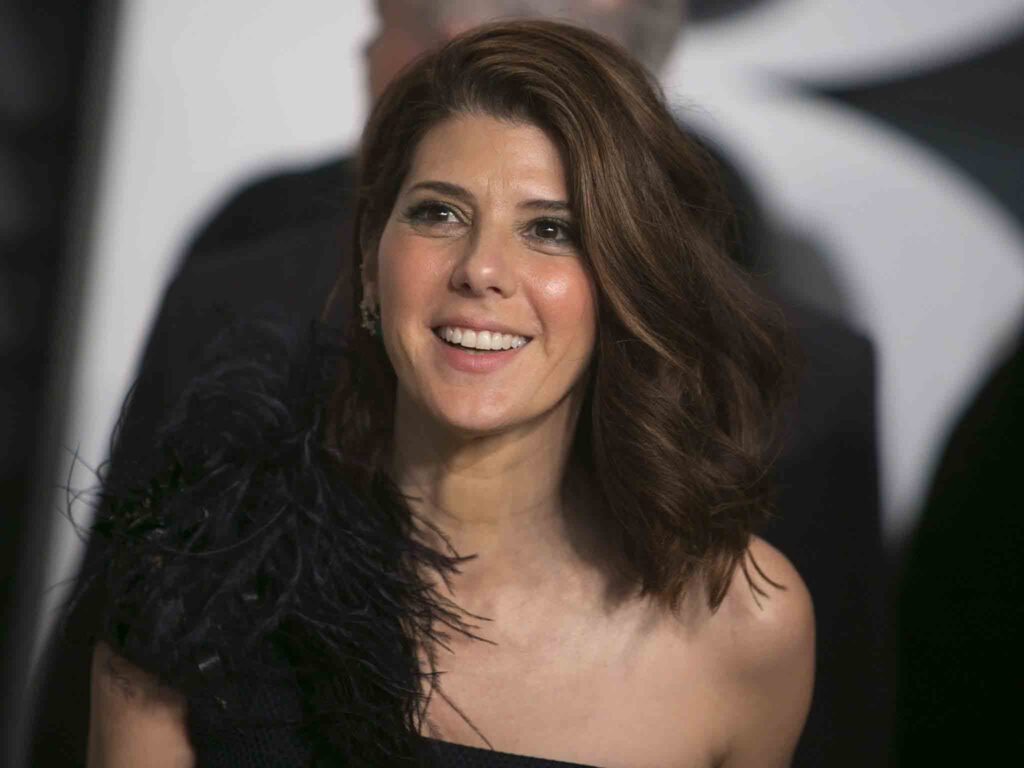 According to celebritynetworth.com, Marisa Tomei has an estimated net worth of $20 million.