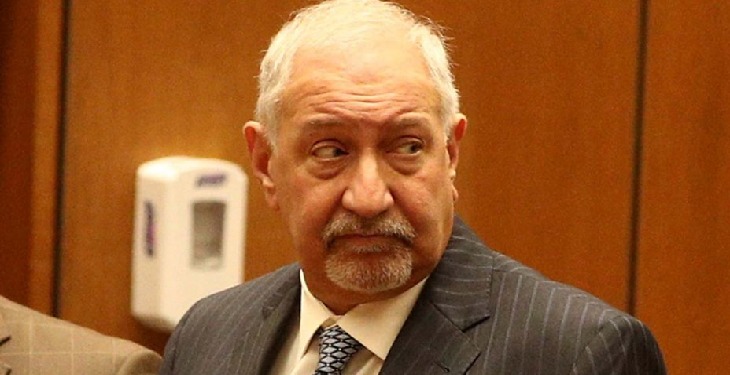 Mark Geragos is an American lawyer. He is a specialist in the criminal defense sector. In addition to this, he is also the managing partner of Geragos and Geragos. It is a litigation company that seeks to provide its clients with attorneys for reviewing and handling their cases.

Mark Geragos’ full name is Mark John Geragos. He was born on 5 October 1957 in Los Angeles, California, the United States of America. His mother’s name is Betty Jane Geragos, and his father’s name is Paul Geragos. He has not shared details about his parents’ profession. Likewise, he has also chosen to keep information about his siblings behind the curtains. Besides this, he is currently 63 years old with the zodiac sign of Libra.

Mark Geragos holds an American nationality, and he belongs to mixed ethnicity. In addition to this, he descends from Armenian-American ancestry. However, he has not shared any information about his religious views and practices at the moment.

Mark Geragos stands at the height of 5 feet and 8 inches (1..76m/176cm) tall, and he weighs around 78kg (172lbs). He has an average body figure, but he has not shared his exact body measurements at the moment. In addition to this, he has a pair of brown eyes color with white hair color.

Mark Geragos studied at the Flintridge Preparatory School and completed his schooling from there. For further studies, he studied Anthropology and Sociology at Haverford College. Mark received his Bachelor’s degree and graduated in the year 1979. In addition to this, he studied at the Loyola Law School at the Loyola Marymount University. He graduated with his Juris Doctorate in the year 1982.

You might want to check out Susan Anne Povich.

Mark Geragos did not always work in the law field. Instead, he began his career in the promoting area. Geragos worked for the Raymond Theater in Pasadena, where he promoted bands like The Pretenders and the Missing Persons. After working there for over three years, he worked his way into his father’s company, Geragos and Geragos. He handled major cases of the American Savings company who had over 15 cases of fraud. He has worked with numerous major names like Winona Ryder, Michael Jackson, Greg Anderson, Cameron Brown, and Jorge Ramirez throughout his entire career.

Mark Geragos has won a lot of awards and honors throughout his entire career as a lawyer. In 1999, he won the Trial Lawyer of the Year Award of the Los Angeles Criminal Courts Bar Association. In addition to this, he also won the Jerry Giesler Memorial Award for his excellent trial skills and performance in the same year. In 2001, he won the Mexican American Grocers’ Association’s Humanitarian of the Year award.

Mark Geragos is married to his wife, and her name is Paulette ‘Kassabian’ Geragos. The couple likes keeping their personal life private to themselves and away from public attention. Because of this reason, we are unable to determine their exact date of marriage along with the exact location of the marriage. However, we do know that they welcomed a daughter, and her name is Teny Geragos. In addition to this, they also welcomed a son, and his name is Jake Geragos.

Another one of Mark Geragos’ most notable presence came when he said that O. J. Simpson was guilty of murder. He was a former American professional football player who tangled himself with murder in the year 1994. He involved himself in the murder of his wife, Nicole Brown, and her friend, Ron Goldman. He pleaded not guilty and denied the charges placed on him. However, being a criminal defense specialist, he commented that Simpson was very much guilty of the murders that took place back in 1994.

He drew attention in the year 2017 when he involved himself in an argument with fellow attorney Brian Kabateck. The two of them own a Cessna Citation jet that they bought for their business and personal use. However, arguments arose between them when Geragos declined to pay for his half of the payments of the jet. This created problems and Brian also stated that his partner has become unpredictable and uncooperative. The two have had joint ventures between them for the last two decades, but Brian also stated that it might jeopardize their relationship due to his uncertain behavior.

Mark Geragos earns from his professional career as an attorney. As of the year 2021, he has an estimated net worth of around $25 million.

Mark Geragos is active on social media platforms. His official Twitter account (@markgeragos) has over 54 thousand followers. Besides this, he is not active on sites like Instagram and Facebook. There are many accounts with his name, but they are either inactive accounts or belong to someone else.