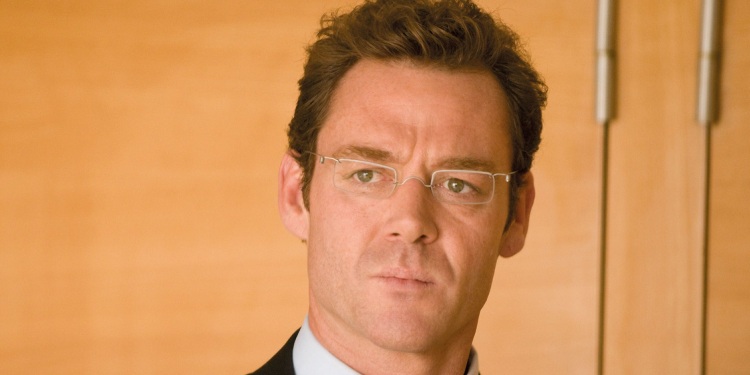 Marton Paul Csokas was born on June 30, 1966, in Invercargill, New Zealand, to Margaret Christine, a nurse, and Márton Csókás, a mechanical engineer. His mother was English, Irish, and Danish, while his father was Hungarian. He has a sibling named Robert and is Csokas’ younger brother. He has a dual citizen of New Zealand and Hungary.

Marton Csokas is a very handsome actor standing 6 feet 1 inch tall with a complementing weight of 77kg, but details regarding his body dimensions are not disclosed to the public.

Marton Csokas made his screen debut as Terry Mercer in the New Zealand drama series Shark in the Park. He appeared in the episode “Technical K.O.” He played Leonard Rossi-Dodds in the soap opera Shortland Street for two years (from 1993 to 1995). He appeared in the romance drama Broken English in 1996. From 1997 until 2001, he played Borias, Xena’s former love, and ally, in the television series Xena: Warrior Princess.

You might also want to check out Stuart Townsend.

In the 1990s, Marton Csokas performed in plays by Tom Stoppard and William Shakespeare in New Zealand and Who’s Afraid of Virginia Woolf? (2007) and Peribáez (2006) with Company B in Australia. . He starred in Tim Burton’s fantasy picture Alice in Wonderland, the French-Australian drama The Tree, the French romantic comedy With Love… from the Age of Reason, the romance film South Solitary, and the drama-thriller The Debt in 2010.

Noah, The Amazing Spider-Man 2, and Sin City: A Dame to Kill For were among his 2014 films. Csokas also starred as the antagonist Nicolai Itchenko in The Equalizer in 2014.

Csokas debuted in the core characters of AMC’s martial arts drama series Into the Badlands in May 2015, portraying Quinn. In 2016, he co-starred in the Jeff Nichols-directed drama picture Loving opposite Joel Edgerton and Ruth Negga and in the comedy-drama Burn Your Maps with Vera Farmiga. The spooky thriller Voice from the Stone, starring Csokas and Emilia Clarke, got released in April 2017.

You might also want to check out John Noble.

Marton Csokas keeps his life secret, and he hasn’t revealed anything about his love life. He is likely single right now, although he formerly dated Eva Green, an actress. They met on the set of Kingdom of Heaven and finally fell in love after a few dates.

Before their formal breakup in 2007, the couple remained together for two years. They haven’t revealed the true cause for their breakup, although it’s thought that personal disagreements were the major factor.

Acting has certainly contributed to Marton Csokas’ worth. Since the beginning of his acting career, he has risen to new heights of success. He has been highly compensated for his numerous acting roles. From movies and television shows, he made a sizable fortune.

According to some internet sources, he earned more than $300,000 from his roles in films and television shows. The Stronghold Theatre, which he owns, is a theatrical company. From all that, his net worth is estimated to be around 4 million USD.