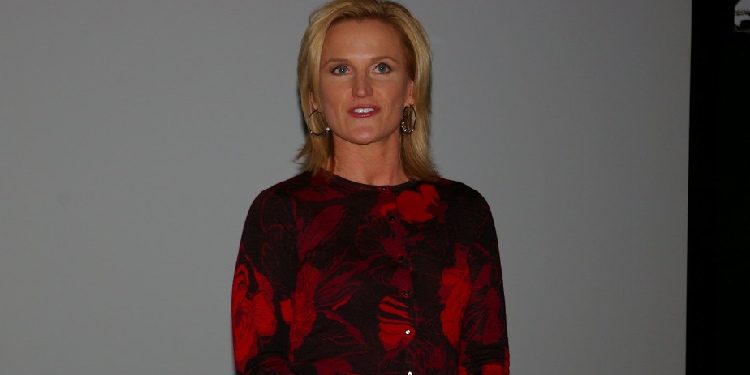 Mary Kay Kleist is an American anchorwoman and meteorologist. She currently works for the CBS 2 Chicago news channel and is responsible for broadcasting weather information at 5 p.m., 6 p.m., and 10 p.m., respectively. She earned her certification for broadcasting weather in 1997 and has been working for the weather department ever since. Please stick with us to know more about her career and life.

Mary Kay Kleist celebrates her birthday on 3 October every year, but she has not disclosed her exact year and place of birth. Likewise, she has also kept the identity details of her parents behind the curtains. Moreover, she has also not disclosed any information about her siblings. She was presumably raised as a single child by her parents. Besides this, online sources claim that she is around 49-50 years old, judging from her looks. Her zodiac sign is Libra.

Mary Kay Kleist holds an American nationality, and she belongs to white ethnicity. Besides this, she has not mentioned her ancestry details at the moment. Likewise, her religious views and practices remain a mystery.

Mary Kay Kleist has not disclosed her exact height, weight, and body measurements at the moment. However, judging by her looks, we can tell that she has a pair of beautiful blue eyes color with blonde hair color. In addition to this, she has a slim and fit body figure.

You might want to check out Melissa Mack Myers.

Mary Kay Kleist began her professional career right after the completion of her education. She initially worked as a reporter and anchorwoman for the WJCL-TV. She worked for over two years with the team and then worked for the WFLA-TV in 1995. She also worked for the radio program of the same channel till 1999. Then, she made her way to WXYZ–TV, where she worked as a meteorologist. She began working for the CBS 2 Chicago from the year 2002. She is one of the most reputed team members and is handling the position of an anchorwoman and meteorologist.

Mary Kay Kleist has two Emmys to her name. She received these awards for her work in April tornadoes and covering a serious weather issue. In addition to this, she is also a recipient of an Emmy for being the Best On-Camera Weather Anchor all in the year 2015. Moreover, she has two seals of approvals for herself. One of them is the AMS Seal of Approval, and the other one is the NWA Broadcasting Seal of Approval.

Mary Kay is a brilliant personality and has earned herself a tremendous amount of fame and name. She is pretty successful in what she does, and people also praise her performance. However, there are no instances that claim that she got fired from her job. These are certainly rumors, as there is no strong evidence regarding this topic.

Mary Kay is not directly associated with foot surgery in any way. However, she did cover the topic of back pain with podiatrist Larry Kosova. A young girl named Sydney Richards was also on the show, and she mentioned how her knees and foot started aching. In this show, she mentions how back and hip pains may generate from one’s childhood. Larry states that children with a flat foot are most vulnerable to suffering from back pains, and it is not necessary that everyone must undergo surgery. But it is important to take the steps required to avoid the pain.

Is Mary Married? Who is Her Husband?

Mary Kay is currently married to her husband, and his name is Mark. She has not shared much information about their relationship and his profession. However, we do know that they married on 20 January 1990. Following their marriage, the couple welcomed a son and a daughter. Her son’s name is Blake, but she has not revealed her daughter’s name. The family currently lives together in Naperville, Illinois, the United States of America.

Salary and Net Worth

Mary Kay earns from her professional career as a journalist. However, she has not disclosed the exact amount of her earnings at the moment. As of 2021, estimations show that her net worth ranges between $1 million and $5 million.