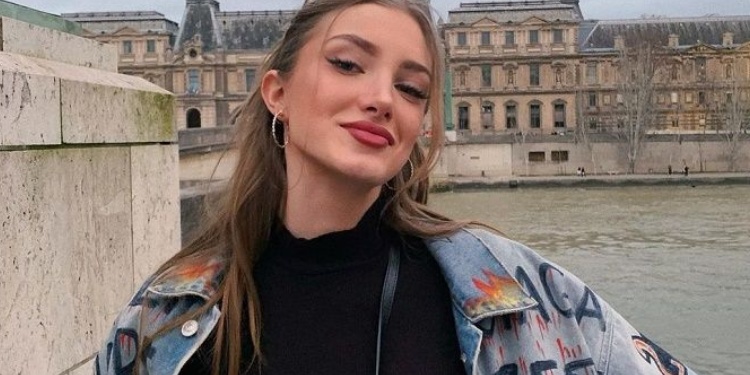 Mathilde Pinault is a French showjumper and the daughter of François-Henri Pinault, a billionaire businessman, the CEO and chairman of Kering, and the president of Groupe Artemis and his first wife, Dorothée Lepère.

Mathilde is the daughter of François-Henri Pinault and his first wife, Dorothée Lepère, born in France in 2001. From 1996 to 2004, her parents were married for eight years and had two children. Her older brother, François, was the couple’s first child, born in 1998.
Her dad, who inherited the retail empire Pinault-Printemps-Redoute from its founder and grandfather, François Pinault, remodeled it into the opulent luxury cluster Kering by using big brands Gucci, Yves Saint Laurent, Bottega Veneta, Brioni, Balenciaga, Alexander McQueen, Boucheron, Pomellato.

He is also the founder and president of Groupe Artemis. Her mother has an interior design degree, but little is known about her professional life. Mathilde may be a baccalaureate in French and Science.

Her father is married to popular actress Salma Hayek who is his second wife and stepmother. On trips, Mathilde Salma Hayek and are often seen together. Mathilde, a social media sensation and a budding fashion model, frequently posts pictures of the two shopping, vacationing, and attending events together. She posted photos from the unveiling of the Kering and Balenciaga headquarters in Paris, for example.

Her father and stepmother all share her love of fashion. In August 2018, they posted a photo of themselves vacationing in Malibu, California. At Paris Fashion Week in March 2020, she was seen wearing charcoal, sophisticated Balenciaga while attending the Saint Laurent show and the Harper’s Bazaar exhibition.

Pinault has a fantastic body. It may be because of her work, but she is a fitness freak with a luscious body structure that catches everyone’s eyes. However, her body measurements are yet to be made public.

Mathilde has been fascinated with horseback riding since she was six years old when her mother introduced her to the sport. She was competing in pony races with Pony aristocrats on Poney3 events by the age of ten. Her transition from pony to horse was difficult, but she became involved in equestrian sport when she was about 12 years old.

She competed internationally for the first time in the 1m/1m15 divisions at the International Jumping of Bordeaux. In 2016, Mathilde Pinault started training at Tendercapital Stables in Auffargis, France, with French expert rider Edouard Mathé. She spent a year in each European country with her horses before representing Tendercapital Stables professionally in 2018.

In 2015-17, she also mentioned France in the Longines International Champions Tour. According to Tendercapital Stables, her previous career target was to compete in first tournaments and the Olympic Games.

She trains with Edouard Mathé at Tendercapital Stables and has represented her country in international competitions such as the Longines World Champions Tour. She has sculpted for Olgana, Sadh Leven, and Mitsuki, but she is more interested in horseback riding than professional modeling. Her studies are currently being pursued in London, England.

There is no information on Horse Rider Pinault’s net worth on any websites. When it comes to her father, Francoise Henri Pinault, he is France’s wealthiest businessman. According to information published by ‘THE RICHEST,’ he has a net worth of around $25.5 billion.

She is a social butterfly who is active on social media platforms. Mathilde Pinault has a substantial social media following, with a considerable following of around 35k on Instagram with Instagram handle ‘mathildepinault,’ where she posts and updates her life.