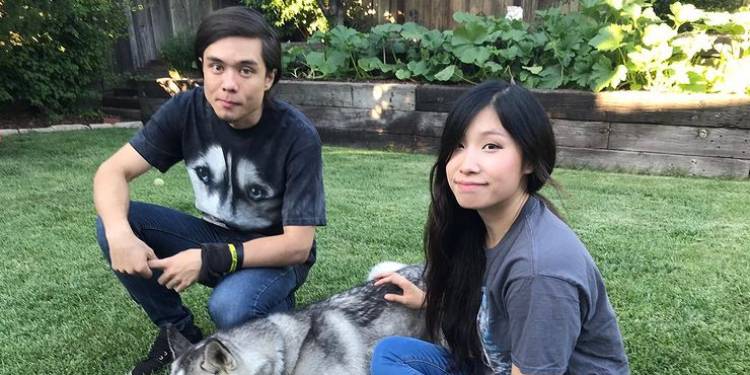 Matt Stonie is an American YouTuber and a celebrity. He is famous for competitive eating and is also on the number four of Major League Eating. However, his most remarkable performance as an eater came in the year 2015. He was able to win Nathan’s Hot Dog Eating Contest, in which he also defeated Joey Chestnut, the eight-time defending champion in the tournament. He is an active YouTuber, and he often posts a lot of videos of his challenges.

Despite being immensely popular, Matt Stonie kept the details regarding a lot of his personal life away from the media’s attention. However, his girlfriend finally opened up about their relationship after dating for over seven years. So please stick with us to know more about the lovebirds’ relationship.

Stonie’s girlfriend Mei does not like keeping their relationship a secret. So she has shared a lot of pictures of the two of them on her social media accounts. She even has a whole highlight reel made with lots of their pictures. In one of these pictures, they are enjoying a roller coaster ride where she captioned the picture, “5.5 years with this guy.” It proves that they have already spent over five years together as a couple.

Moreover, Mei also revealed through her Instagram on Valentine’s Day of the year 2019. She mentioned, “Happy Valentine’s Day~ even though you’re in Japan and I’m here in California, lol. 5 years and 2 days ago, we had our first conversation.” This meant that they actually had known each other for over 7 years.

However, Matt Stonie likes to keep his personal life away from the media’s attention. But his parents already know as another one of her posts had the caption, “Christmas with the Stonies.” As of now, they are living together with their dogs, and their names are Gray and Goma.