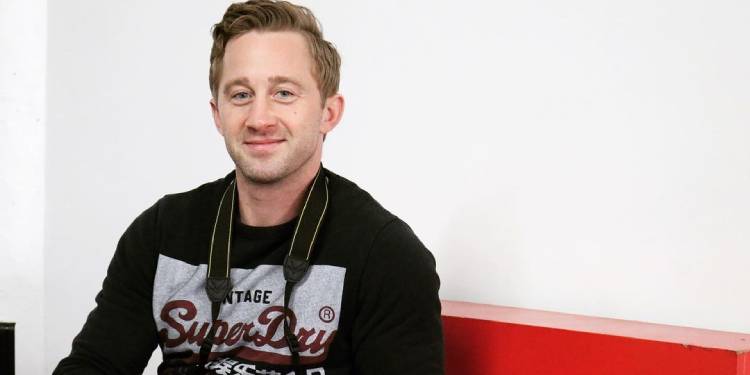 Matthew Dennis Lewis is a famous American actor. He is well-known in the entertainment industry for playing the role of Donnie Devlin in the Netflix series, Godless. In addition to this, he also played the remarkable role of Mike in the drama series, The Queen’s Gambit. Please stick with us and find out more about the actor and his works.

Matthew Dennis Lewis was born in the beautiful city of New York, the United States of America. Sadly, the actor has not yet revealed his exact date of birth to the public. Because of this reason, we are unable to determine how old he is and what his zodiac sign is. Furthermore, a lot of information regarding his early life stays a mystery, including his parents’ identity details. However, we do know that he spent his childhood alongside his twin brother, and his name is Russell Dennis Lewis. He is also an actor by profession, and he has also established himself in Hollywood.

Matthew Dennis Lewis is an American by nationality, and he belongs to the white ethnicity. Furthermore, he is a Christian, and he practices Christianity as his religion. Unfortunately, the actor has not yet revealed the details of his educational background. According to numerous online sources, the actor has completed at least his high schooling education, but the institution’s name remains a mystery.

You might want to check out American actor, Bryce Gheisar.

Matthew Dennis Lewis stands at 5 feet and 9 inches (1.75m/175cm) tall, and he weighs around 75kg (165lbs). Unfortunately, he has not shared the details of his exact body measurements with the public. However, judging by his appearance, we can tell that he has a well-maintained and muscular body figure. In addition to this, the color of his eyes is blue, while the color of his hair is blonde.

Matthew Dennis Lewis started his professional career as an actor in 2012. The first role of his career was that of Kevin Green. He played this character for an episode of the documentary and news program, On the Case with Paula Zahn. Following this role, he appeared in three different television series in 2013. He played minor roles for an episode each in series like Couples Who Kill, My Boring Life, and Scorned: Love Kills.

In 2014, Matthew made his way into the movie industry and played the role of Matt. He played this role in the movie, Off the Grid. After that, he played many minor roles in short films like Scripted and Happy Hour. However, the breakthrough moment of his career came in 2017, when he could land the first recurring role of his career. He portrayed Donnie Devlin for seven episodes of the western, action, drama television miniseries, Godless.

In addition to this, Matthew also appeared as Frank O’Flaherty in the 2019 war movie Midway. Furthermore, he also played the role of Cameron in the 2020 horror movie; There’s No Such Thing as Vampires. He is also responsible for the recurring role of Mike in the 2020 Netflix drama television series, The Queen’s Gambit.

Moreover, Matthew recently appeared as Henry in the 2020 short thriller drama movie Sins Unveiled. People loved his performance in the film, which earned him a lot of attention and awards. He won two awards from the Accolade Competition and three different awards from the Best Shorts Competition in 2020.

You might want to check out American actor, Jonah Hauer-King.

Matthew Dennis Lewis is active on social media platforms. His official Instagram account (@matthewdennislewis) has over 31 thousand followers. Furthermore, he has over 800 followers on his Twitter account (@MatthewD_Lewis) and 789 followers on his Facebook page (@MatthewDennisLewis). However, both of these pages lack verification, but they look authentic.

Matthew Dennis Lewis is most probably single and not in a relationship with anyone. He prefers to keep his personal life private to himself and away from the prying eyes of the media. Because of this reason, it is tough to provide insights into the emotional side of his life. Furthermore, the actor has also not talked about his past relationships and hookups.

Net Worth of Matthew Dennis Lewis

Matthew Dennis Lewis makes his fortune by working as an actor. He has also won a lot of awards for his impressive performances. As of 2022, he has an estimated net worth of around $1 million. However, this is just a rough estimation as he has not yet revealed his exact amount of wealth.