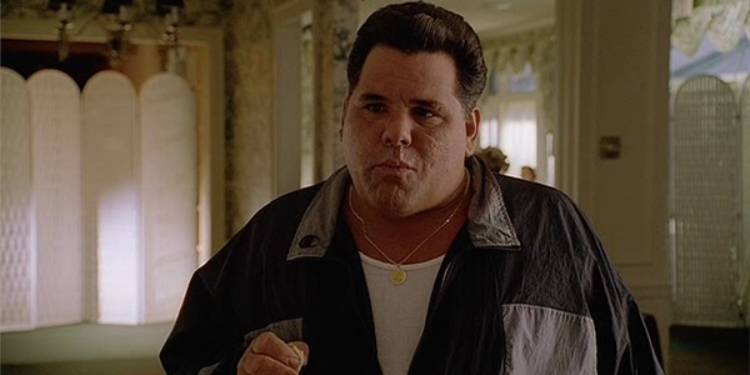 Michael Badalucco is an American actor. He rose to prominence after portraying Jimmy Berluti in the 1997 American legal drama television series The Practice. For his work in the series, the prestigious Primetime Emmy Award ceremony nominated and awarded him with an award in the 1999 Outstanding Supporting Actor category. Furthermore, he has recently been stealing the limelight after securing the recurring role of Howard Gross in the 2020 comedy-drama television series Never Have I Ever. So, please stick with us to learn more about Badalucco and his journey so far in the entertainment industry.

Michael Badalucco makes his fortune by working as an actor. He has been actively appearing in movies and television series since his debut performance in 1980. With over four decades of experience in acting, he has certainly managed to garner a handsome fortune. According to several online sources, his estimated net worth lies somewhere between $3 million and $5 million.

Never Have I Ever Michael Badalucco

Michael has been recently stealing the limelight through the latest role of his professional career. He became a cast member of the trending Netflix series Never Have I Ever and secured a recurring role in the series. He appeared as Howard Gross, Benjamin “Ben” Gross’ father, for three episodes of the series. American actor Jaren Lewison is responsible for playing the role of Ben alongside performers like Poorna Jagannathan and Richa Moorjani.

Many believe that Michael Badalucco was a cast member of the American crime drama television series The Sopranos. It features the mobster life of the fictional Tony Sopranos. However, Michael was not a cast member, but his brother Joseph Badalucco Jr. was responsible for portraying Jimmy Altieri in the series. The series was a hit, and audiences from all over the world loved his performance. He played this character for 25 episodes of the series.

Michael gave his debut performance as an actor in 1980. He played a small role as the soda fountain clerk in the biographical sports drama movie Raging Bull. Michael’s early days as an actor were not easy as he played only small roles in movies and television series. However, after working on his acting skills for over a decade, the breakthrough moment of his acting career finally came in 1997 when he secured the role of Jimmy Berluti in the American legal drama television series The Practice. He portrayed this character for 166 episodes from 1997 to 2004.

Michael successfully portrayed his acting skills while playing the role of Jimmy Berluti, and it did not go unnoticed. People loved his acting and praised his performance. As a result, he won multiple award nominations for his work in The Practice. This includes three Screen Actors Guild Award nominations and two Primetime Emmy Award nominations. Furthermore, he won the Primetime Emmy Award for Outstanding Supporting Actor in a Drama Series in 1999. Badalucco’s other movie and television series credits include Leon: The Professional in 1994, You’ve Got Mail in 1998, O Brother, Where Art Thou? in 2000, The Young and The Restless in 2010, and Lilyhammer in 2014.

What is Michael Badalucco Age?

Michael is currently 67 years old, as he was born in 1954. Furthermore, Badalucco celebrates his birthday every year on 20 December, and his zodiac sign is Sagittarius. Moreover, he has been an American citizen since he was born in Brooklyn, New York City, the United States of America. His father’s name is Joseph Badalucco, and his mother’s name is Jean Badalucco. He has a brother named Joseph Badalucco Jr. and is also an actor.

Reflecting on his educational background, Michael is a well-educated person who completed his schooling at Xaverian High School. For higher education, he enrolled at the State University of New York at New Paltz and completed his education. Moreover, talking about the more personal side of his life, Michael is a married person. His wife is Brenda Heyob, and they have been in a marital relationship with one another since 1996.

Despite being a popular actor in Hollywood, Michael prefers living a private life away from the media’s attention. He loves keeping his real life away from his reel life and is an extremely private person. As a result, Michael is not available on social media platforms like Instagram, Twitter, and Facebook.