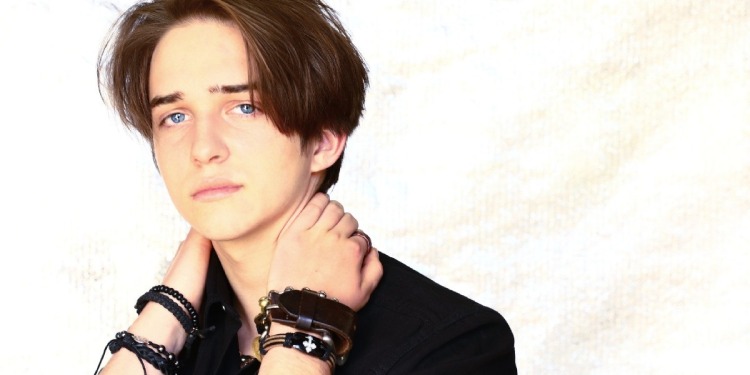 Michael Campion is an American actor. He is well-known in the media as Jackson Fuller from the American sitcom ‘Fuller House.’ He has made his presence known in the entertainment industry since his debut in 2012. Since then, he has appeared in numerous movies, series as well as shows and documentaries. The actor has also hosted an award ceremony and also helped in the production of a series. Please stick with us as we discuss the life and career of the young talent.

Michael was born on 26 July 2002 in Atlanta, Georgia, the United States of America. He has a mother named Sheila Campion and a father named Greg Campion. He has not talked about his mother’s profession, but we know that his father is a businessman. He grew up alongside a sister, and her name is Kimmy Campion. As a child, Michael developed an immense interest in acting. He worked on his acting skills early and successfully made his way into the professional acting industry. Besides this, he is currently 18 years old with the zodiac sign of Leo.

Campion holds an American nationality, and he belongs to the white ethnicity. However, he has not shared much information regarding his ancestry. Besides this, he is a Christian, and he follows Christianity as his religion.

Michael stands at the height of 5 feet and 10 inches (1.78m/178cm) tall, and he weighs around 60kg (132lbs). In addition to this, he has a slim body figure, but he has not shared his exact body measurements. As well as brown hair and blue eyes, he has a thin build.

According to online sources, Michael completed his schooling at a local educational institution. Currently, he is pursuing his further education at the University of California, Los Angeles. However, the details regarding his primary subject and interest remain a mystery.

Michael is currently single and not in a romantic relationship with anyone at the moment. However, he was previously dating Liz Mendoza, a singer. The two of them were an item back in the year 2017. Unfortunately, things did not work out for them as a couple, so they broke up in the same year. Besides this, since he is just 18 years old, he has not married anyone yet, nor does he have any children.

Michael gave his professional debut performance in the year 2012. After that, he landed the role of young Dartagn’an in the miniseries ‘A Day in the Life of Young Robin Hood.’ Following this, he appeared in short movies like ‘The Great Zombini’ in 2013 and ‘Nova Road’ in 2014. Furthermore, he also appeared in films like ‘Finding Eden’ and two installments of the movie ‘Robo-Dog.’

The breakthrough moment of Campion’s career came in 2016 when he successfully grabbed the role of Jackson Fuller. He went on to play this role for 75 episodes of the comedy series ‘Fuller House.’ He mentioned in an interview that he likes hanging out with his fellow star Soni Nicole whenever they get a break. Following this, he also landed a recurring role as Theo for eight episodes of the horror, fantasy, drama series ‘Red Ruby.’ Some of his upcoming works include ‘The Quick Minute,’ ‘The Final Exam,’ and ‘Better Than Perfect.’ In addition to this, he will also be helping in the production of ‘The Final Exam.’

The exact figure of Campion’s earnings currently is a mystery. However, we can assume that he has been able to amass a handsome fortune through his successful roles. As of 2021, estimates show that his net worth lies somewhere between $1 million to $5 million.