Millie Bobby Brown is a British actress. She is well known for her role as Eleven in Netflix's sci-fi horror series Stranger things.

Miracles happen. These two words, when combined, have deep-rooted messages inside them. The miracle is an unbelievable incident that leaves one in shock or surprise. It can be unexpected and never imagined thing. A miracle can happen in any part of the world at my time. Someone believes it, and someone doesn’t. In most cases, a person experiences a miracle when a person does something with all passion and determination. It is also a gift of the continuous effort of doing something.

Likewise, in some cases, some people are inborn talented, which makes them full of miracle. It might be tough to believe a bit exists. Similarly, this also an expression and amazement that the Hollywood Talent scout felt after seeing the performance of Millie. Millie Bobby Brown has been making everyone astonishes from her acting skills. People know her for her presence in the series “Intruders,” “Enola Holmes,” ” Strange Things,” and “Godzilla: King of the Monsters.” She has an unbelievable spark while she is acting.

Kelly gave birth to Millie in Marbella, Malaga, Andalusia, Spain, on February 19, 2004. The family kept moving from place to place for the career of Millie. They first shifted to Bournemouth, Dorset, when Millie was four. Then moved to Windermere, Florida, when she was eight years old. Kelly was born with a hearing disability. Her one ear was partially functional, but slowly she started losing it more.

Millie Bobby Brown has been driven by childhood by her passion. She has been doing everything that has she likes. Nothing stops her from doing what Millie wants. In the beginning, she had not taken any acting, dance, or singing classes. But once Millie develops an interest in the interest, Millie starts to grow it eventually. She is a strong example of powerful instinct and will power. 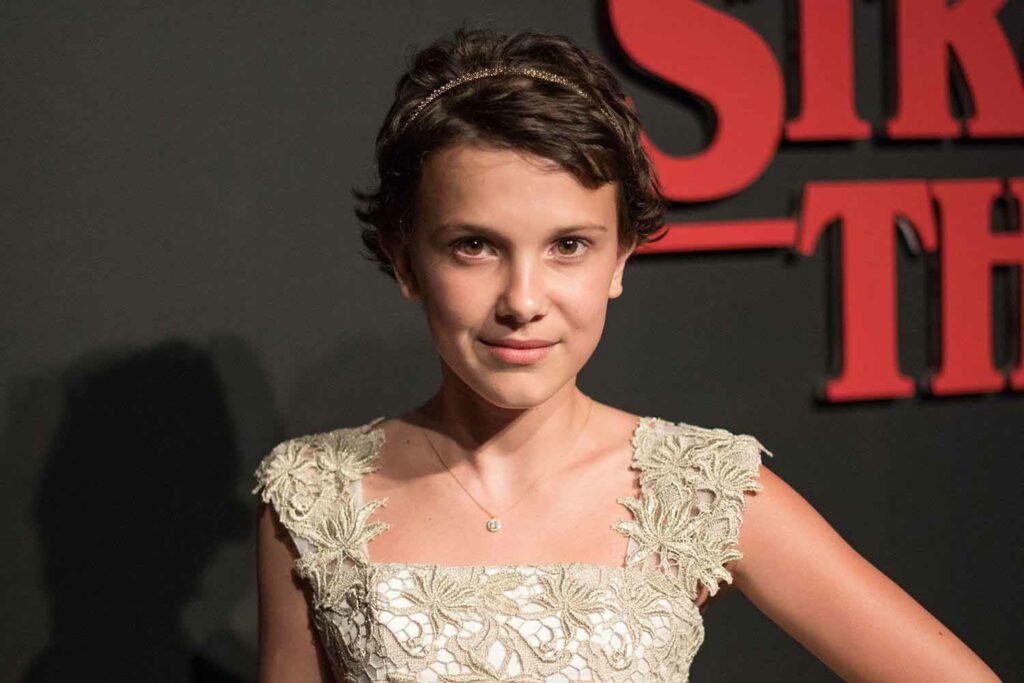 Millie believes that is she could dream it; she could achieve it. Her hearing disability never became the hurdle in the process of portraying characters, even influenced her to work on herself, focus on her work passionately. And this made her decision at the age of eight that she wanted to become her actress.

Millie Bobby Brown officially started her acting career from “Once Upon A Time In Wonderland ” in 2013. It was a fantasy drama under ABC production. He became part of the series “Intruders.” It was a BBC America production. The series was a drama-thriller. She was even part of situation comedy like: “Modern Family,” “NCIS,” and “Grey’s Anatomy.”

Likewise, Millie reached the stardom after being part of the series “Stranger Things.” It was a Netflix science fiction drama. She gained popularity for her portion in “Eleven.” Millie received appreciation for her performance and acting skills. The actors had to show the emotions of the condition rather than using dialogue. It even became one of the favorite TV show of Steven Spielberg.

Moreover, the appearance and acting of Millie in the “Stranger Things” became a huge inspiration for everyone. The costumes and interests towards the tattoo increased. Fans started getting the same outfits and tattoos. 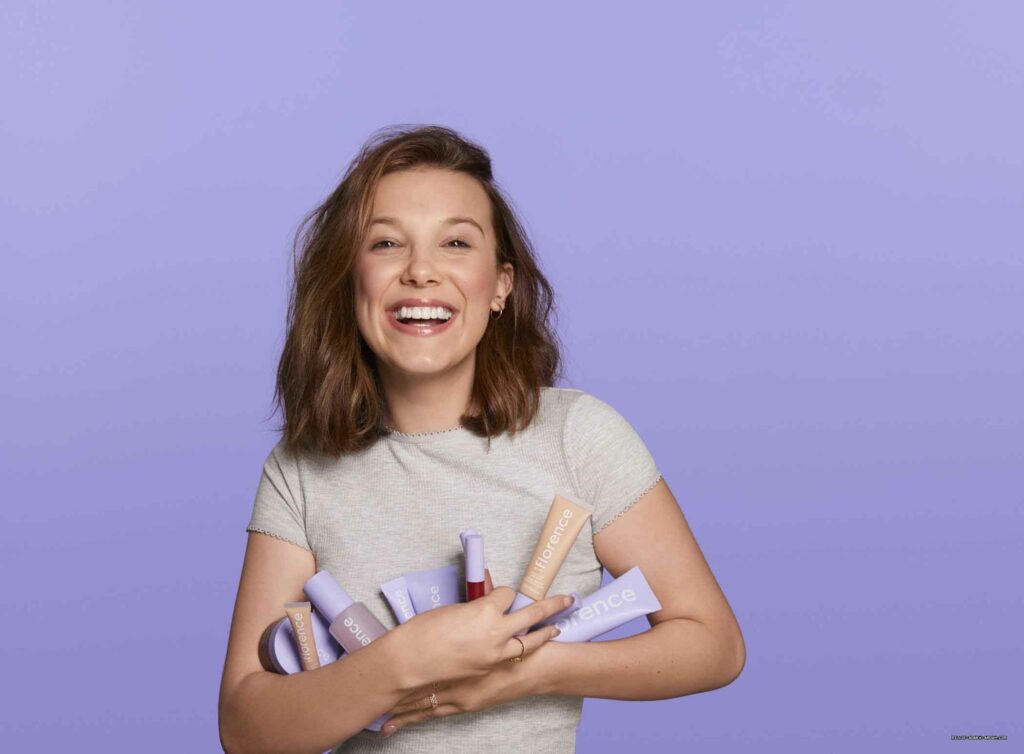 Millie Bobby Brown is not only full-on while acting, but also she has a charming personality and beauty. This beauty has not skipped anyone to leap their heartbeat. Despite her growing age and a few years in a career, her “I want to do it!” attitude has helped her start dating at a young age.

The love life of Millie started at the young age of 16. It was during an award ceremony that she met Romeo Beckham for the first time at UNICEF’s 70th-anniversary gala in December 2016. Millie had completed the whole family of Romeo. Romeo is the son of football player David Beckham and Victoria Beckham. However, the couple broke up due to some reason.

Millie also dated Jacob Sartorious. They were in a relationship for seven months and separated in July 2018. Both of them were mutual about their separation. There was all rumor that they have patched up, but it didn’t work out very well. Then Jacob made a video on his channel in February 2019 to confirm about him being single.

Millie is currently in a relationship with Joseph Robinson, the son of Rugby player Jason Robinson. They posted a photo-sharing intimacy in Snap-chat. 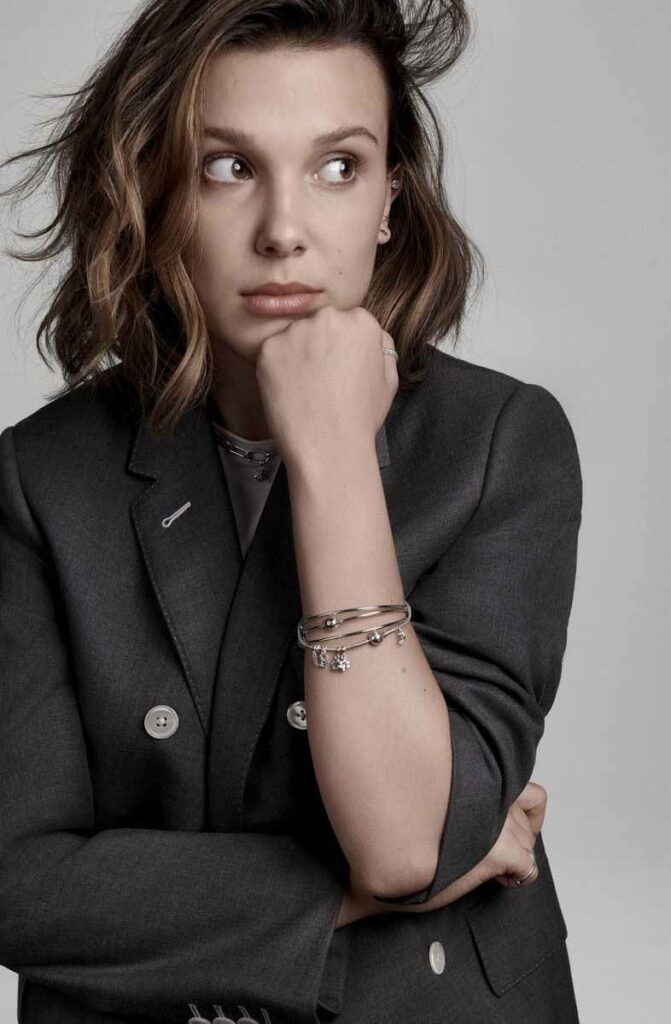 Millie Bobby Brown has been part of the industry for more than eight years. Furthermore, She has been part of many big projects. Millie has been part of TV shows, situational comedy, series, and movies. Her performance seems to mature with every single project, and she works passionately to accept it and go ahead. Brown still has a long way to go. According to celebritynetworth.net, she has an approximate net worth of $10 million.

The current age of Millie Bobby Brown is 17 years. Her nationality is British and Spanish. English is her ethnicity. She has an average height of 5 feet 4 inches with a complimentary weight of 47 kgs.