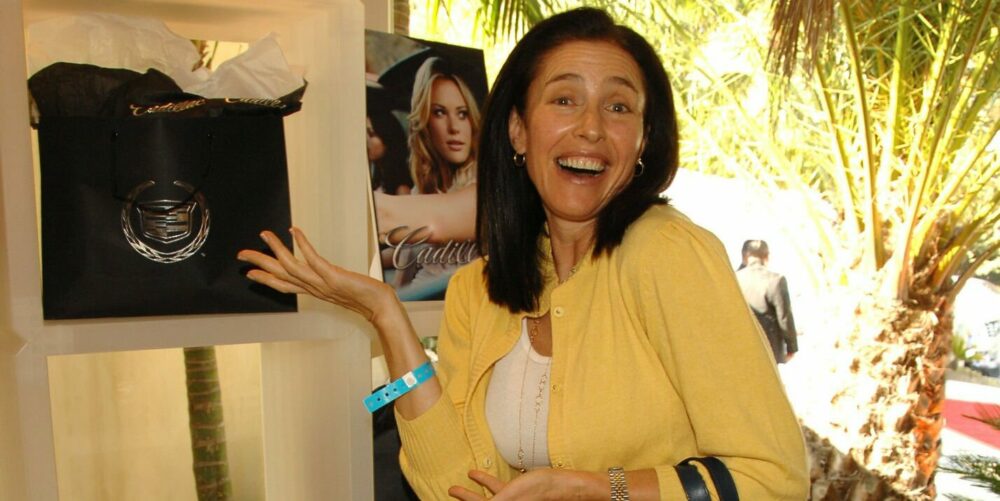 Mimi Rogers (Miriam Spickler) is an American actress who came into prominence for her role in movies in the 1980s and 1990s. To learn more, detailed information about Mimi’s life is given below.

How old is Mimi Rogers?

As of 2022, Mimi Rogers is 66 years old. On January 27, 1956, she was born in Coral Gables, Florida, United States. Her birth name was Miriam Spickler. She is American by nationality, her ethnicity is Jewish, and she follows Christianity as her religion. Mimi is an Aquarius as per her zodiac sign.

Mimi is the daughter of Philip C. Spickler and Kathy Talent. Her father, Philip, is a civil engineer, and her mother, Kathy, is a former dancer and drama major. Mimi’s father was a devout Jew, while her mother was an Episcopal priest. She also has an elder brother named Paul Spickler.

Rogers completed her formal education when she graduated from high school at 14. She then worked part-time for six years as a social worker who provided counseling for substance abuse. Before that, she worked in a hospital for disabled people outside of Palo Alto, California.

What did Mimi Rogers play in?

Rogers relocated to Los Angeles to pursue a career as an actor. After completing her nine months of studying acting with Milton Katselas, she looked for an agent. She auditioned for the lead part in Body Heat, which went to Kathleen Turner. Roger worked on multiple TV programs before getting her big break in the form of ‘Someone to Watch Over Me.’ Before that, she made TV appearances in Hear No Evil, Hart to Hart, The Rousters, Hill Street Blues, Magnum PI, etc.

When she played the lead role in The Rapture, Rogers received a nomination for Independent Spirit Award for Best Female Lead. Additionally, she was also praised by Slant Magazine for her spectacular performance.

Her first move award came for her role in the prison thriller Reflections on a Crime. She received the Best Actress prize at the Seattle International Film Festival and praise from New York Magazine.

Rogers then appeared in the widely praised comedy-drama Trees Lounge in 1996 as part of an ensemble cast, followed by a co-star in the 1998 film Lost in Space. She also co-produced and performed in the Holocaust drama The Devil’s Arithmetic. Rogers and her co-producers were nominated for a Daytime Emmy Award for Outstanding Children’s Special for the film. Rogers also had a seven-episode recurring role as Diana Fowley on The X-Files between 1998 and 1999.

Rogers later appeared on television as the mother of Jen Lindley (Michelle Williams) in Dawson’s Creek (2003) and Las Vegas (2003). In addition, Rogers appeared as a producer on Unstoppable and had a guest voice part on King of the Hill in 2010.

She also played at the Geffen Playhouse and later appeared as a guest on The Client List and in the films For a Good Time, Call…, and Hope Springs, alongside Meryl Streep. She has been a recurrent character on Bosch since 2014.

Mimi also posed for Playboy magazine in 1993. While she had initially declined the offers from Playboy, Mimi finally accepted when she was about to have a child and was given complete control of the shoot.

Since her teenage years, Roger was a poker fanatic and began playing competitive poker in 2003. She played her first major tournament on March 4, 2004, at the World Poker Tour in San Jose, California. In her first big tournament, she finished in the money, the 240 player Shooting Stars’ main event No-Limit Texas hold ’em. Her other poker highlight came in the form of a $1000 Ladies’ No-Limit Hold ’em World Seris of Poker event.

Additionally, Mimi Rogers is one of the board of directors of the World Poker Tour.

You might want t o know about “Alison Jaye.”

For the film ‘The Rapture,’ Mimi Rogers was nominated for an ‘Independent Spirit Award’ for ‘Best Female Lead’ (1991). In addition, Mimi won the ‘Best Actress prize at the ‘Seattle International Film Festival for her role in the 1994 film ‘Reflections on a Crime,’ where she played a woman on death row. For ‘Weapons of Mass Distraction,’ she was nominated for a ‘Satellite Award’ for ‘Best Actress in a Supporting Role (1997). Finally, she was also nominated for a ‘Daytime Emmy Award for her work in the TV movie ‘The Devil’s Arithmetic’ as a dynamic actor (1999).

Mimi Rogers isn’t on any of the social media sites. Until recently, she hasn’t had any social media accounts. Perhaps she prefers to live an everyday life away from the social scene.

Who is Mimi Rogers married to?

Mimi Rogers is currently married to American producer Chris Ciaffa. However, she has a long history of marriage before her current. She has had three weddings in total.

In 1976, she married James Rogers and took his surname; the couple separated in 1980. After her first divorce, Mimi dated Emilio Estevez. She would then marry actor Tom Cruise in a New York City ceremony on May 9, 1987. Unfortunately, her second marriage also failed as they submitted a divorce in late 1989, and the court finalized the divorce in February 1990.

During the filming of the made-for-cable picture Fourth Story in 1990, Rogers met her current husband, producer Chris Ciaffa. Chris and Mimi married in a Beverly Hills courtroom on March 20, 2003. They had two children before their marriage, a daughter and a son. Their daughter, Lucy, is the elder child, born in 1994, and their son, Charlie, was born in 2001.

Mimi Rogers earns from her career as she is a famous actress and few from her poker adventures. Therefore, the net worth of Mimi Rogers is estimated to be $10 million, according to the different sources available on the net.