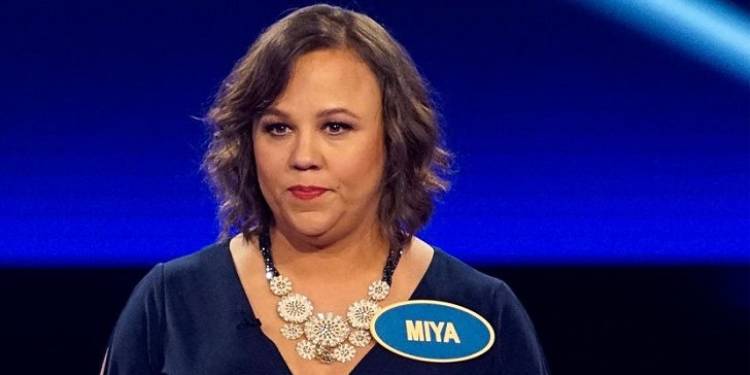 Miya Ali is a celebrity daughter. She is well-known in the entertainment industry as one of the many children of the boxing legend Muhammad Ali. Though he is no longer with this world, he has left a considerable legacy wholly and behind dominated the boxing world during his prime. He has married four times throughout his career and has seven daughters and two sons, and Miya is one of them. Please stick with us to know more about Miya’s biography in detail.

Miya was born sometime in December 1972 somewhere in the United States of America. Her mother’s name is Patricia Harvell. Her father’s name is Cassius Marcellus Clay Jr. Her parents never really married as they conceived her when her father had an extramarital affair with her mother.

Her father was still in a marital relationship with his then-wives, Belinda Boyd and Aaisha Ali. However, Aaisha and her father’s marriage did not occur legally. Besides this, she is currently 48 years old with the zodiac sign of either Sagittarius or Capricorn.

So through her side, she has four stepsiblings, and their names are Maryum Ali, Jamillah Ali, Rasheda Ali, and Muhammad Ali Jr.

Likewise, Miya Ali’s third stepmother is Wanda Bolton, and she has a stepsibling named Khaliah through her side. In addition to this, she has Hana and Laila through Veronica Porché‘s side. Lastly, her fifth stepmother was Yolanda Williams, and she has a brother, and his name is Asaad Amin. His parents adopted him.

Not much information is available about what Miya Ali’s mother did for a living. But we do know that her father was the greatest of all time in the world of boxing. He is also one of the most famous personalities of the 20th century. He fought 61 professional matches during his career and won 56 matches.

He had 37 wins by knockout to his name and only five losses in his entire career. Unfortunately, the legend passed away at the age of 74 due to a respiratory illness on 2 June 2016.

Growing up, Miya did not initially know how famous her father was. Her mother kept her away from the limelight, and because of this, she was unaware of her father’s popularity. She only came to realize the immense fame his father had when he was the Olympic flag’s titular bearer.

Despite having a lot of affairs and children, Muhammad Ali was very kind and loving towards his children. While many of his children have had clashes with their father, she has always respected her father and praised him numerous times.

Miya holds an American nationality, and she belongs to mixed ethnicity. She has not talked about the details concerning her ancestry at the moment. She is most probably a Muslim as her father converted his religion to Islam and was also a role model for the American Muslims. She is a well-educated person. She completed her schooling at the Teaneck High School.

For further education, she enrolled at the Fairleigh Dickinson University-Metropolitan Campus. Moreover, she is also a student at Andrews University. In addition to this, she was also a student at the Institute for Integrative Nutrition of the holistic health coaching program.

Ali has not shared the details concerning her exact body measurements, including her height and weight at the moment. However, by looking at her, we can tell that she has an average body shape. In addition to this, she has a pair of dark brown-colored eyes with short brown hair color.

Miya’s professional career began in the year 1999. She began working as a manager of the corporate affairs division at IDT Corporation, where she worked for around four years. She has since worked as a manager in different companies like The Estate at Florentine Gardens and the Master Food Brokers.

Not only did she work as a manager, but she has also handled the position of an account director for W Hotels in Times Square. As of now, she is working as the brand ambassador for her stepsister’s company, Laila Ali’s Lifestyle.

Miya is active on social media platforms. Her official Instagram account (@miya_mia_ali) has over 4 thousand followers. Likewise, she is also available on Twitter (@MiyaAli) with 114 followers, but the account is private, and the Tweets are also protected. In addition, she does not have a verified Facebook page at the moment.

As of now, her son is a grown-up, and he became a father in 2018. Miya is a proud grandmother of Mikey’s son, Cassius. Besides this, she has not talked about her past relationships and hookups at the moment.

Net Worth of Miya Ali

Ali makes her fortune through her managerial career and also through a lot of directorial contributions. In addition to this, she also makes a decent amount of fortune as a brand ambassador. She is estimated to have a net worth of around $1 million as of 2021.