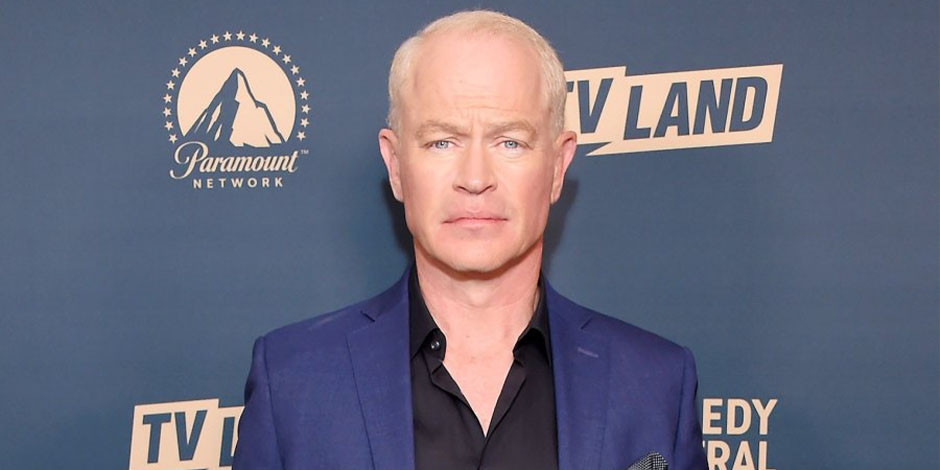 Neal McDonough is an American actor and producer who is most famous for his role in Band of Brothers, Traitor, The Guardian. He is a veteran who has worked on many other movies and TV shows and has also won awards for his work. Apart from film, he has also voiced Bruce Banner in the much-loved animated series The Incredible Hulk.

Neal McDonough was born on February 13, 1966, in Dorchester, Massachusetts. His father, Frank McDonough, and his mother, Catherine McDonough, were motel owners. His parents immigrated from Ireland. Neal’s mother was from County Tipperary, and his father was from County Galway. McDonough was raised in Barnstable, Massachusetts, with his two brothers named John McDonough and Gerard McDonough in a catholic family. His brothers used to call him ‘Headmaster,’ which Neal said originated from his head’s size.

Neal McDonough completed his high school from Barnstable High School. He was good at playing baseball and received scholarships from many colleges to play baseball, but he decided to join Syracuse University in New York. Neal was interested in acting and drama, and Syracuse University had the best theater department. He graduated from Syracuse University with a degree in Fine Arts in 1988. During his time in college, he was also a member of Sigma Chi Fraternity. 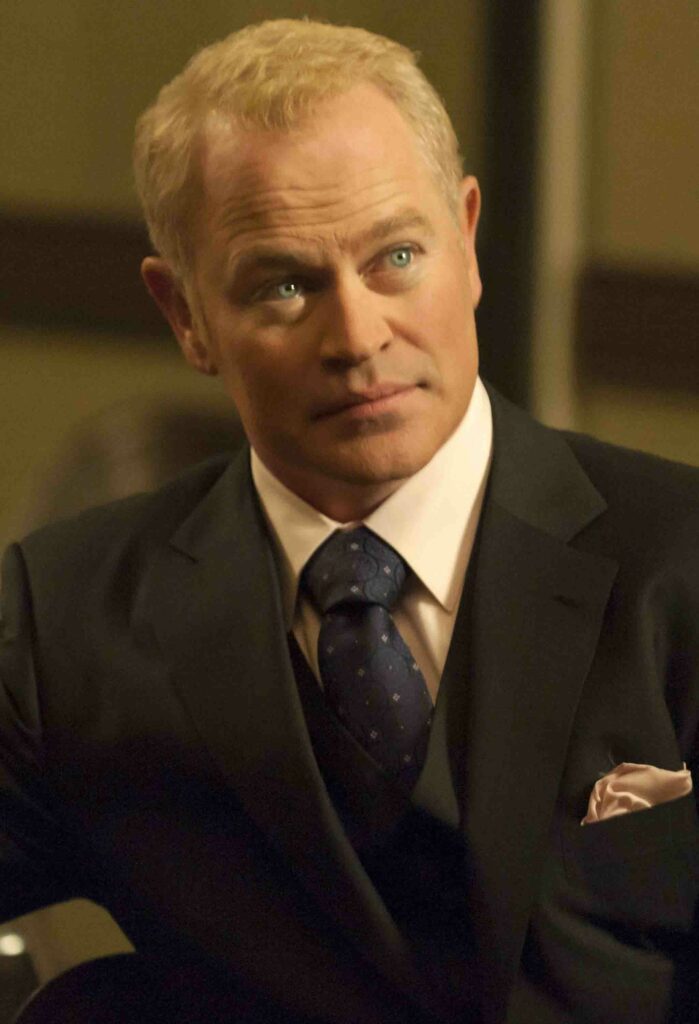 In 1990, Neal McDonough started his career playing the role of ‘Dockworker’ in the movie ‘Darkman.’ Neal worked in movies ‘Babe Ruth,’ a TV miniseries ‘The Burden of proof’ and theater plays like ‘Away Alone’ for which he won the ‘Best Actor Dramalogue.’ McDonough got his first starring role in the action film ‘In the Line of Duty: Ambush in Waco’ alongside actors ‘Tim Daley’ and ‘Dan Lauria’ in 1993. In 1994 he appeared in the film ‘Angels in the Outfield.’

In 1995, he played roles in the films ‘Three Wishes’, ‘One Man’s Justice,’ ‘Blue River,’ and ‘White Dwarf,’ starring in the last movie ‘White Dwarf’ above list. In 1996, Neal portrayed the role of ‘Lt. Hawk’ in the blockbuster science fiction film ‘Star Trek: First Contact.’ McDonough played significant roles in the films ‘Grace & Glory’, ‘Crossing Paths,’ ‘The Killing Club,’ ‘Ravenous,’ ‘Balloon farm’ from 1998 to 2000. Neal worked with the actor ‘Tom Cruise’ in the 2002 film ‘Minority Report.’ Neal appeared in movies ‘Timeline’, ‘Walking Tall,’ ‘The Chumscrubber,’ ‘The Guardian,’ ‘Brothers Three,’ and ‘Flags of Our Fathers’ from 2003 to 2006.

Neal McDonough starred in the TV series ‘Medical Investigation’ in 2004 and portrayed ‘Dave Williams’ in 24 episodes of hit American drama ‘Desperate Housewives’ from 2008-09. He performed ‘Lt. Estridge’ in 2007 thriller film ‘The Hitcher.’ McDonough was cast as an army general in many movies he has worked on because of his physiques and appearance. He portrayed the ‘Coach’ in the 2008 sports film ‘Forever Strong.’ Neal appeared as character ‘M. Bison’ in 2009 film ‘Street Fighter: The Legend of Chun-Li.’ In 2011, he appeared as ‘Dum Dum Dugan’ in the blockbuster superhero film ‘Captain America: The First Avenger.’ 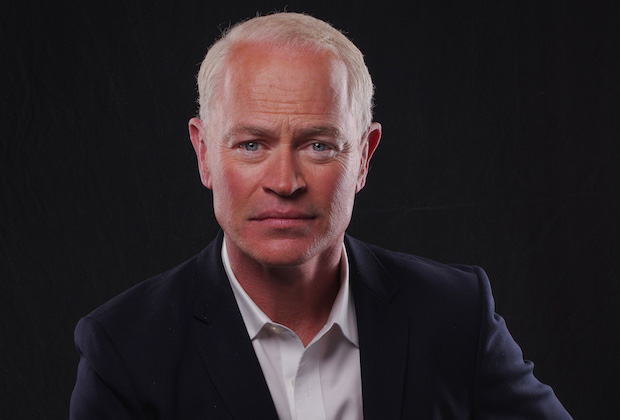 In 2012, Neal McDonough was featured in 13 episodes of the TV series ‘Justified.’ For the role, he was given the ‘Satellite Award’ for ‘Best Supporting actor in series’ and got nominated in ‘Critics choice TV award’ for the same category. In 2013, he appeared in action films ‘Company of Heroes’, ‘The Marine 3: Homefront’, ‘Red 2’ and short film ‘Marvel One-Shot: Agent Carter.’ In 2015, Neal worked alongside ‘Kevin James’ in the comedy action film ‘Paul Blart: Mall Cop 2’ portraying ‘Vincent Sofitel.’ In 2017, he performed ‘Harlan Cotterie’ in the Netflix horror film ‘1922’.

In 2018, Neal McDonough was featured in the movie ‘Proud Mary’ and ‘Game Over, Man!’. McDonough’s latest released film is the 2020 action comedy film ‘Sonic the Hedgehog’ as ‘Major Bennington.’ Currently, he is working on the upcoming movie ‘Resident Evil.’ Neal has also voiced characters like ‘Bruce Banner’ in ‘The Incredible Hulk’ and in games like ‘Rogue warrior,’ ‘Call of Duty: Black Ops II’ and ‘Injustice: Gods Among Us.’

Neal McDonough married ‘Ruve Robertson’ in the year 2003. The rule is a South African model who met McDonough in the United Kingdom on the set of the movie Band of Brothers. The couple has five children together. They are Morgan Patrick, Catherine Maggie, London Jane, Clover Elizabeth, and James Hamilton from eldest to youngest. Neal respects his wife very much and refuses to do any sex or even kissing scene in movies and shows. He stated that he was fired from Scoundrels, a TV show because he refused to do sex scenes. McDonough is also a very devoted Catholic and follows it strictly. 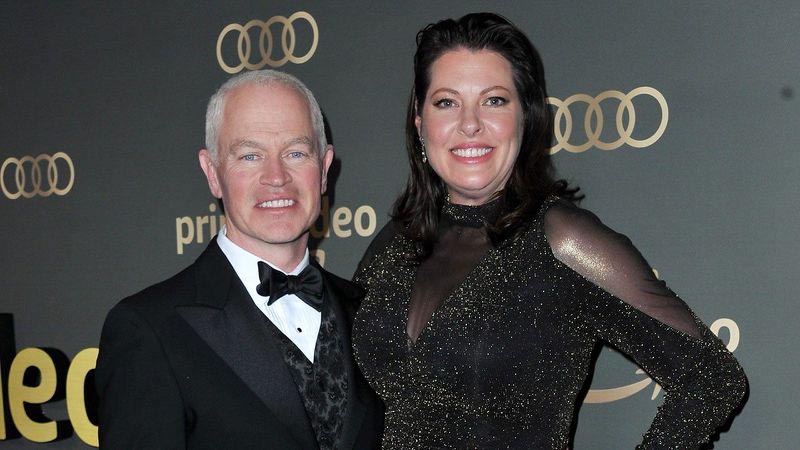 Born on 13th February 1966, Neal McDonough is 54 years old (at the time of writing). He was born in Dorchester, Massachusetts, U.S, so he is an American. Neal is 5 ft 11 inches tall that is 1.801 meters and 180.1 centimeters. He weighs about 71 kg (156.5) pounds. The American has an athletic body. He is of fair complexion with blue eyes that are perfectly accompanied by his blonde hair. McDonough is a religious person and follows Christianity. Neal is mostly seen playing villain roles and does it entirely.

Neal McDonough is a veteran American actor who has been working in the film industry for a long time. He has used in many movies and also produced many movies. After such a long time in the industry, he has earned quite a lot of money. Even though Neal has not disclosed his earnings, his Net Worth is estimated to be $10 million at writing.