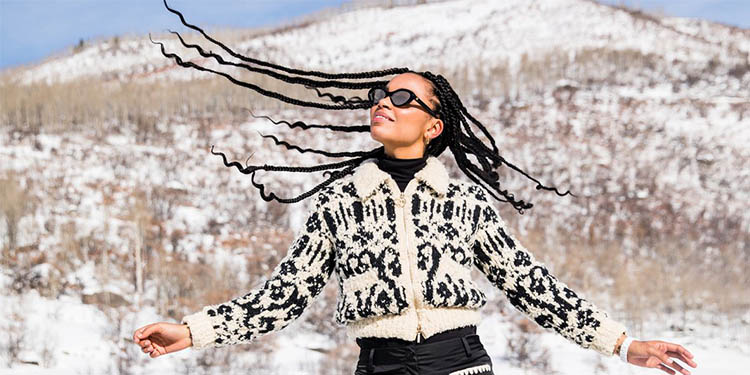 Nesta ‘Marlee’ Cooper is a well-known Canadian actress. She is best known for brilliant performance in Reality High (2017) as Dani Barnes. She is also really popular for her roles in The Edge of Seventeen (2016) as Shannon, Travelers (2016-2018) as Carly Shannon, Bliss (2021) as Emily Wittle, and Supergirl (2018) as Tanya.

She was born on the 11th of December, 1993 in Mississauga, Ontario, Canada. Her father’s name is unknown and her mother’s name is Michelle Cooper. She grew up with two sisters named Elisha and Sarah Cooper. We will update our readers as soon as we get more information regarding her childhood.

Nesta is currently 27 years old. She has a slim body with a height of 5 feet 8 inches or 1.73 m and weighs 56 kg or 123 lbs. The size of her chest is 34 inches, her waist is 25 inches and her hips is 35 inches. Her bra size is 32B. She wears shoes of size 8 (US). She has black hair and eyes. Her zodiac sign is Sagittarius. Nesta’s nationality is Canadian and her ethnicity is African-Canadian.

There is no detail about her educational background. She seems to be a well-educated lady. She chooses to keep her personal life away from the public eye. As soon as we have some details about her schooling, we will update this section.

Nesta Cooper made her movie debut in 2015 in Diablo as Rebecca Carver. In 2016, she was casted as Shannon in The Edge of Seventeen. She also played the role of Dani Barnes in 2017’s American teen comedy Reality High.

She played the role of Lizzie Ackerman in The Miracle Season in 2018. Her most recent movie is Bliss (2021) where she has portrayed the character of Emily Wittle.

The Edge of Seventeen

Nesta Cooper first appeared on television in 2013’s Cult as Young Sakelik. She has been cast as Bartender in the popular TV show Supernatural in 2015. She has also appeared as Dahlia in Heroes Reborn from 2015 to 2016 for a year.

In 2016, she also appeared in The 100 as Shay in an episode titled Red Sky at Morning. She has also played the role of Desiree Watson in S.W.A.T. (2017). She has done a good job in “Supergirl” playing the character of Tanya (Starring Andrea Brooks, Odette Annavke, Mehcad Brooks, Chyler Leigh, Tyler Hoechlin, David Harewood, Jeremy Jordan, and others ).

Over her career, Nesta Cooper has been nominated for awards just once. In 2018, she was nominated for BTVA Special Voice Acting Award for Best Vocal Ensemble in a TV Special / Direct-to-DVD Title or Short for Barbie Video Game Hero.

Her previous relationships aren’t known. She seems to be dating a man named Peter Van Auker at the moment. It’s unknown how they met or when they first began dating.

What is Nesta Cooper’s Net worth?

This 27 years old actress has been working in the movies and television industry for quite some time now. She has managed to earn a decent amount of money working in the entertainment industry. She is Nesta is estimated to have a net worth of just above $1 Million.