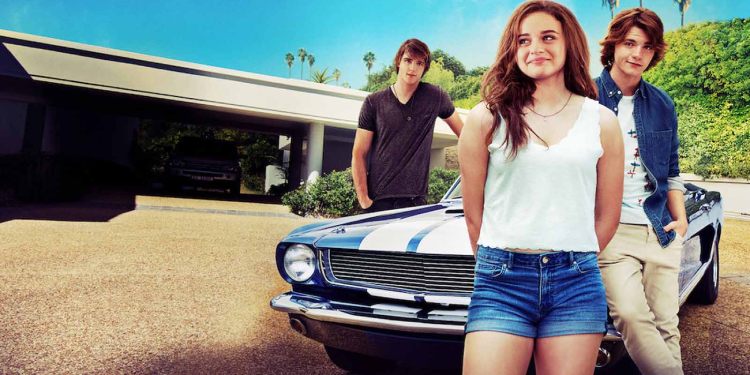 Elle and Lee are long-time best friends, and as they grow up, Elle starts crushing on his elder brother Noah. The movie delivers 1 hour and 45 minutes of comedic romance in which Elle must confront her love to Noah in a kissing booth, thus the name, ‘The Kissing Booth.’

Likewise, the second installment, ‘The Kissing Booth 2’ and the sequel to the previous movie began its production in February of 2019. It would feature King, Courtney, and Elordi again as the main characters of the movie. However, this time the directors added two new characters in the movie. Taylor Perez appears as Elle’s hot new classmate Marco, and Maisie Richardson-Sellers plays Chloe Winthrop. In addition, the second movie tells us about when Noah moves to Harvard and Elle goes back to high school for their studies.

The lovers get separated, and they will now have to maintain a long-distance relationship to remain boyfriend and girlfriend. But things do not work in their favor as Elle meets a handsome classmate named Marco. Likewise, her boyfriend Noah also makes a new friend, and her name is Chloe. Thus, the lovers are forced to rely completely on their trust towards each other and decide how true their love is. The movie made its way on Netflix on 24 July 2020, and it also has mostly positive reviews.

Following this, Netflix released the official trailer for the third installment, ‘The Kissing Booth 3’ on 7 July 2021, and it has already garnered over 3.6 million views. The show once again features the previous movie’s characters in lead roles. However, according to the show’s directors, this third installment will bring the story to an end as Elle must make a tough decision about her future. She must decide whether to move cross country with her boyfriend Noah or study at her dream college with her best friend, Lee.

Ellen is caught in a trap as she knows that she will hurt either Noah or Lee irrespective of what she decides. The trailer leaves the audience in suspense as the question raises regarding whose heart Elle will break. The movie is set to release on 11 August 2021, and it will be exclusively airing on Netflix.