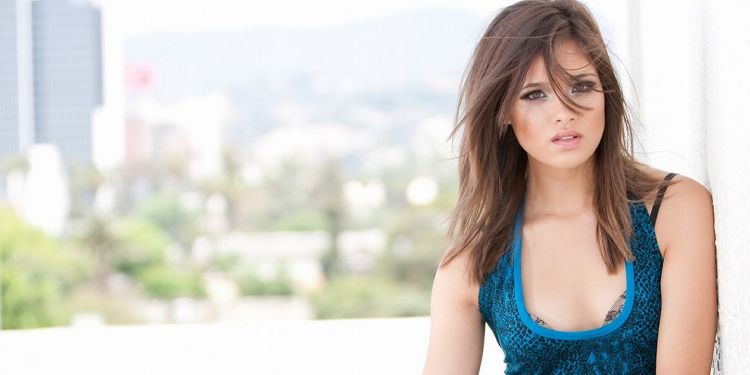 Nicole Anderson is an American actress. She is famous for playing the role of Heather Chandler in the Canadian-American science fiction series ‘Beauty and the Beast.’ Moreover, she also gained a lot of attention by portraying the role of Macy Misa. In addition, she appeared in the Disney series, ‘Jonas.’ Please stick with us to know more about her life and her work.

Who is Nicole Anderson? Age

Nicole Anderson’s full name is Nicole Gale Anderson. She was born on 29 August 1990 in Rochester, Indiana, the United States of America. Her mother’s name is Anami Anderson, and her father’s name is Kevin Anderson. Her father was in the U. S. Navy, where he served as a Commander. She grew up alongside her siblings, and their names are Nadine Anderson and Kenn Anderson. Besides this, she is currently 30 years old with the zodiac sign of Virgo.

Nicole holds an American nationality, and she belongs to mixed ethnicity. She descends from Filipino and Spanish ancestry through her mother’s side. Likewise, she descends from British, Swedish, and German ancestry through her father’s side. Talking about her religion, she has not shared the details about her religious views and practices at the moment.

Anderson stands at 5 feet and 3 inches (1.60m/160cm) tall, and she weighs around 54kg (119lbs). In addition to this, she has a slim and fit body figure with a body measurement of 34-25-34 inches, respectively. Furthermore, her eyes are light brown, and her hair is dark brown.

In addition to having a slim and trim figure, Nicole is also famous for her hairstyles. She stole the spotlight when she appeared with side-swept bangs in a premiere on 17 July 2012. Before this, she was in the spotlight on 10 June 2010 for her barrel curls.

Nicole was very active in gymnastics as a child. Moreover, she also won a national gymnastics competition. Sadly, she had to drop out from gymnastics because she suffered an injury that ended her gymnastic career. She studied at the Barbizon Modeling and Acting School and completed her schooling. She won a scholarship and enrolled at the institution. For further education, she has not mentioned where she studied, but we know that she graduated with a degree in Psychology.

Nicole is currently married to her husband, and his name is Roberto Paniagua. She had not shared further details of how they met or when they met. But the wedding bells rang for the lovebirds in January of 2019. Following their marriage, they welcomed a daughter, and her name is Charlotte Harper. She was born in July of the year 2020. Before her relationship with Roberto, Anderson used to date Cody Linley during the 2000s. Likewise, she has also dated the American singer, songwriter, and actor Tony Oller in 2007. Moreover, she was also in a relationship with Stephen Laurenson until 2014.

You might want to check out Details About Amy Ryan’s Married Life.

Anderson gave her debut performance on television in the year 2005. She played a minor role of a cheerleader in an episode of the American sitcom ‘Unfabulous.’ Following this, she appeared in series like ‘Nobody,’ ‘Zoey 101’, ‘Hannah Montana,’ and ‘iCarly’ all in the year 2007. The breakthrough moment of her career came in the year 2009 when she was able to grab the role of Macy Misa. She played this main character for 29 episodes of the Disney series, ‘Jonas.’ She also appeared in the recurring role of Kelly Parker in the comedy series ‘Make It or Break It.’

In the same year, Nicole also gave her debut performance in the movie industry. She played the role of Jessie in the movie ‘Lukewarm.’ Apart from her contribution to the movie and television industry, she has also appeared in a music video. She made an appearance in Flor’s ‘White Noise’ in the year 2019.

Anderson earns from her professional career as an actress. She has managed to garner a lot of fortune from her acting and has a huge fanbase. As of 2021, her net worth is estimated to be $1 million.