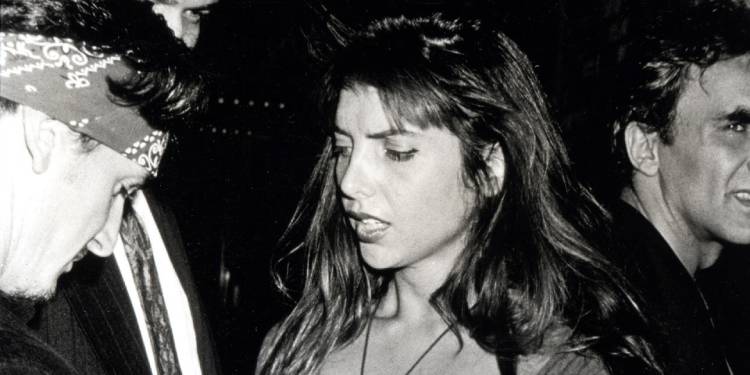 Furthermore, she is also renowned for dating numerous personalities like Sean Penn and Antonio Sabato Jr. Please stick with us to know more about the actress and the details of her life.

Nicolette Scorsese was born on 6 January 1954 somewhere in the United States of America. However, her early life has not been discussed much. Because of this reason, we are unable to determine the name of her parents.

Furthermore, according to online sources, she does have siblings, but she has not let out their names. Besides this, she is currently 67 years old with the zodiac sign of Capricorn.

Nicolette Scorsese has held an American nationality since she was born in America, and she belongs to the Caucasian ethnicity. Sadly, there is no information regarding her religious views and practices at the moment.

In addition to this, she has also not let out much information about her education. Online sources claim that she is a high school graduate, but the school’s name she graduated from remains a mystery.

Nicolette Scorsese stands at the height of 5 feet and 10 inches (1.78m/178cm) tall, and she weighs around 60kg (132lbs). In addition to this, she has a slim and fit body figure with a body measurement of 34-26-35 inches, respectively. Furthermore, her eyes are dark brown, and she has brown hair color.

Nicolette Scorsese is an actress by profession. She gave her debut performance in the entertainment industry in the year 1985. She played the recurring role of Cindy for two episodes of the action, adventure, crime television series, ‘The A-Team.’

Following this, she went on to play Louise in the 1987 television series ‘Charles in Charge.’ However, the breakthrough moment of her career came in the year 1989. She played the role of Mary in the comedy movie ‘National Lampoon’s Christmas Vacation.’ The viewers loved her performance in the film and began calling her Christmas Vacation Dream Girl.

Nicolette has also appeared in numerous series like ‘L.A. Law‘ and ‘Rebel Highway.’ She also played the role of Pamela in an episode of the romantic drama television series, ‘ER.’ She made her last appearance as an actress in the year 2000.

She portrayed the role of Francine for an episode of ‘NYPD Blue’ in 1995. Likewise, she appeared as a barmaid in the series five years later, in the year 2000. This would be the last appearance for her in the industry.

Apart from this, Nicolette is not active on social media platforms. She has chosen to avoid the limelight ever since she has taken a break from the industry.

Because of this reason, she has been leading a very private life and prefers to stay away from the media’s attention. However, the reason for her disappearance from the media remains a mystery.

Many of her fans questioned what happened to her and why she suddenly walked away from her profession, but this remains unanswered.

Nicolette Scorsese is most probably single and not in a relationship with anyone at the moment. She has played many successful roles as an actress, but she has not had much luck in relationships. She used to date Jellybean Benitez back in 1988, but they separated after dating for a couple of months.

Likewise, she was also with Sean Penn, an American actor, director, and producer. They even made public appearances together, like in the First Annual International Rock Awards while they were dating. But things did not work out for the two of them as they parted ways after being together for around a year.

Nicolette Scorsese also had a brief relationship with model Antonio Sabato Jr. They met when he began working as a model. However, they also parted ways after dating for some time.

She then stole the limelight again when she started dating the musician, Billy Duffy. Rumors also say that the two of them have a daughter together, and her name is Shiloh Duffy. However, they never confirmed the rumor. Therefore, we cannot determine if they have a daughter or not.

Net Worth of Nicolette Scorsese

Nicolette Scorsese earns from her professional career as an actress. She has played a lot of essential roles throughout her career.

People also loved seeing her in movies and television series. As of the year 2021, she has an estimated net worth that lies around $300,000.