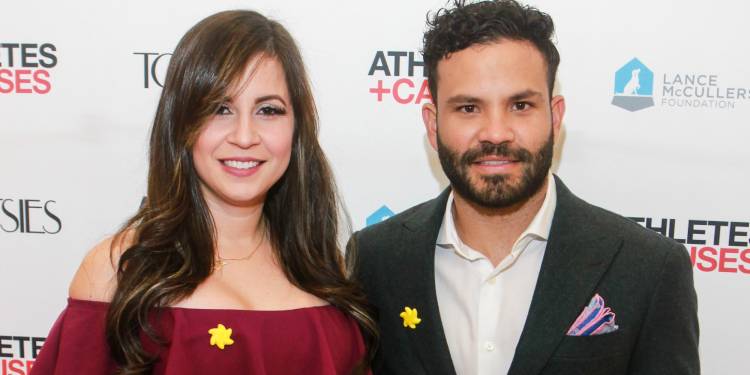 Nina Altuve’s full name is Giannina Elizabeth Cimetta Sandoval. She is well-known in the industry as José Carlos Altuve‘s beautiful and loving wife. He is a Venezuelan professional baseball player. He is currently playing as a second baseman for the American professional baseball team, the Houston Astros, in the Major League Baseball (MLB). He has 1,739 hits with 158 home runs in his professional career.

Nina Altuve and José Altuve have been together for a long time. They crossed their paths when they were still many teenagers and have been loving each other ever since. She loves and supports her husband a lot and is also a source of confidence for him. Please stick with us to know more about some facts about Nina Altuve.

Nina Altuve was born and raised in Maracay, Aragua, Venezuela, just like her husband, José. This city is famous as a hotspot for baseball. It is also known as ‘Garden City’ or ‘Ciudad Jardin’ among the locals. The place has produced many famous baseball players like Alberto Callaspo, Elvis Andrus, and Miguel Cabrera. Nina grew up alongside two brothers, and their names are Alfredo David and Justo Emilio. According to a report by Sports Illustrated, she returned to her hometown with her husband to spend some time off-season in 2014.

2. Nina Works as a Bio-Analyst

Nina is well-known as her husband’s lucky charm. But she has also completed her studies with impressive grades. She studied at the University of Carabobo and completed her graduation. According to numerous online sources, she is a bio-analyst by profession. However, it looks like she is currently staying at home to take care of her child.

3. Nina has Another Crush

Nina Altuve and José Altuve began dating ever since they were teenagers. Moreover, according to an Instagram post by José, the couple is spending their tenth anniversary together. However, she has another crush apart from her husband. She has dedicated an entire album to her crush, and his name is Fernando Alonso. He is a Spanish professional racing driver and is currently racing for Alpine F1 Team in Formula One. It is unclear if she has ever met him in person or not, but it is clear that she has a major crush on him.

4. Nina and José Welcomed a Child Together

Nina and José are now parents. She revealed that she was pregnant during the year 2016. Moreover, José also shared her maternity photos on his Instagram page. They together welcomed a baby girl, and her name is Melanie Altuve. According to a report by Houston Chronicle, their baby daughter was the “little princess” of their lives. He further says that he thinks about baseball while on the pitch and about his daughter once he returns home. He also says that he is okay about his daughter being a bigger fan of his wife.

Nina Altuve is a travel freak as she has uploaded many travel pictures on her social media accounts. One of her pictures features her in front of the famous Eiffel Tower in Paris in 2013. Likewise, in 2014, she uploaded a picture of her paragliding. Moreover, she also posted pictures of her and her husband vacationing in Punta Cana, the Dominican Republic. Later, fans spotted them in Disney World. She has also posted a lot of pictures of her relaxing on the beach.